When I imagine a blank canvas, I think about the time I visited Paul Cézanne’s studio in the South of France. Perfectly restored, Cézanne’s studio perched above Aix-en-Provence brought to life his visions of the countryside and still lifes of his kitchen table.

As I walked around the small room, I noticed the light hitting the floor and a blank canvas on its easel. Was that blank canvas really the beginning for my favorite artist?

Before he even picked up a brush or a pencil, Cézanne chose his medium — watercolors or oils? He considered the size of the canvas or paper. He mulled over the budget for supplies, picking out his favorite pencil and a few brushes (well-worn, no doubt). He thought about how much time he had until he lost the day’s light.

Choosing project constraints is similar to these first steps of an artist.

To create a masterpiece, you have to cultivate imaginary boundaries around the project before you begin.

Like Cézanne, you need to identify the purpose of the work, the materials at hand, the scope of the project, and the available time. These details aren’t restrictive; they’re malleable ideas that carve out the space for fulfilling work.

Cost, scope and time are the project manager’s equivalent of artistic constraints. Known as the project management triangle (or simply the triple restraint), these three limitations help to guide any project, from a blog post to a new product.

Defining the scope of a project ensures that your team is solving the right problem. When people narrow their focus, they’re more likely to fulfill the purpose of the project rather than become muddled by conflicting priorities.

Teams can start identifying this constraint by using propelling questions to identify the scope of a problem. Single-product companies are a powerful example of this concept in action. Sarah Blakely, the founder of Spanx, started her company with a single propelling question: How can I make shapewear for women that works like pantyhose?

Her relentless drive to solve this issue for her customers led to a billion-dollar company. The takeaway: Be ruthless about solving one problem and cut anything tangential to the solution. (I keep an Evernote file of all the spillover ideas that don’t make the cut, and I revisit them later for future projects.)

Innovative entrepreneurs know that budget constraints can actually increase the success of a project. Help Scout CEO and cofounder Nick Francis has written about the benefits of being under-funded. The lack of financial cushion intensifies the sense of urgency and forces founders to prioritize, often driving bootstrapped companies to outperform their well-heeled competitors.

So when it comes to project management, a small (or non-existent) budget is not a sign of defeat. It’s an invitation to find an unexplored way of implementing a project — one that often leads to strategic advantages in the long run.

Following this mantra, Scottish beer company BrewDog turned a zero-budget into a ridiculously successful marketing campaign. Constraints expert Adam Morgan argues that by transforming their constraint into an asset, BrewDog gained a sizable advantage in the market.

The then-new company had no money for advertising and marketing, so they decided to get media attention the old-fashioned way: by making the news. With provocative names like Tactical Nuclear Penguins and Cocoa Psycho, BrewDog cultivated a brand that lured in customers and journalists. In part because of early media attention, BrewDog snowballed into a company with $50 million in revenue.

Reap the advantages of cost constraints by imagining your project with zero budget, half the budget, or twice the budget. How would you adjust to each constraint? The answers could lead you in a unexpected and genius direction.

3. Set a timeline for completion

Setting deadlines brings creative tension to any creative process. The bigger the project, the more important it is to create smaller, time-based restraints. Help Scout cofounder and CTO Denny Swindle recommends pushing out work “early and often, so you’re not overwhelmed.”

Whether real or self-imposed, regular deadlines drive projects forward. Without them, teams get lost in the ideation phase. Jason Fried of Basecamp recalls how without time constraints, his team lost the ability to pull together an initial mockup. Only with the pressure of an upcoming vacation (in three days) was the team able to break through their inertia and create a rough demo.

A better way to talk with your customers

With Help Scout you can share email inboxes with your team, chat with customers, and create self-service content — all in one place. 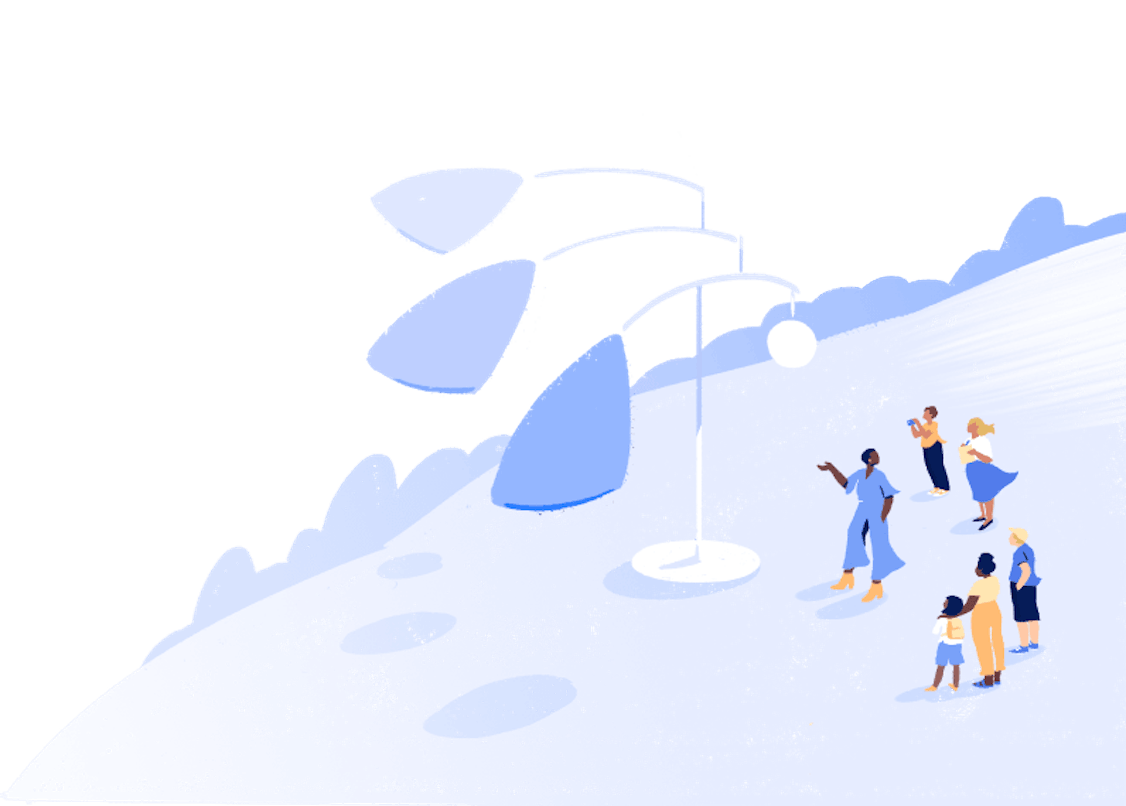 When applying constraints in a project, use a tool like Basecamp, Trello or Asana to clarify deadlines in advance. When there’s no transparency around a constraint, it loses its power to move a project forward.

4. Consider the size and experience of your team

This fourth constraint is not a part of the project management triangle, but it’s an equally important input. When leaders don’t consider the size and makeup of a team, they bloat the project with multiple inputs and too many voices, which slows progress and inhibits consensus.

Harvard Business Review agrees: Their research shows that an efficient problem-solving team maxes out at eight people. For brainstorming, it’s 18. To keep numbers low, magnify the contributions of each individual. If a team member isn’t actively contributing to a project by leveraging their unique expertise, they’re better served elsewhere.

When developing constraints for a project, you always want to think about who is working on the project to cultivate a balance of flexibility and boundaries. Denny, along with Help Scout’s third cofounder and lead designer, Jared McDaniel, identify two key relationships between the optimal mix of constraints and the team:

When it comes to constraints, a one-size-fits-all approach is rarely as effective as adapting to the specifics of the project. Try experimenting with different kinds of constraints to find the perfect combination.

What is the perfect combination of constraints?

The ideal mix of constraints is a magic combination that brings the project to a soaring solution. You can tell you’re leveraging constraints to their maximum potential when they meet three requirements: They clarify the purpose of the project, inspire innovative action, and help team members develop a flexible and realistic plan for meeting the goal.

They clarify the purpose of a project

The primary role of any constraint is to clarify and refine the purpose of the project. This idea rings true primarily for scope, although it also works for other constraints. If a constraint doesn’t contribute to that goal, toss it out.

“If a constraint enhances your understanding of the problem scope and why you’re doing what you’re doing, leave it in. Insights into user needs, for example, are great because they provide focus and rationale. If the constraint confuses or overly narrows scope without good reason, remove or replace it.”

The easiest way to decide whether a constraint serves a purpose is to start a conversation about it with your team. Denny calls this process “structured brainstorming.” Here’s an example of how he would start this dialogue about scope and purpose with team members:

“Here are the general guidelines about we want to deliver at a high level: We want this new feature to do X, Y, and Z. You give it to an experienced engineer and he or she might respond with, ‘That’s great, but have you thought about A or B? What if we tried these other things, too? Did you think about what happens in the case of C?’”

Takeaway: Dialogue plays to everyone’s strengths, opening up the conversation to new ideas and ensuring the team is on the same page. From there, you can devise the best constraints for moving forward.

They transform perceived limitations into inspiration

Constraints are essential to creativity — they should inspire you. Even if you were to paint on a wall instead of a canvas, you would still be limited by the space in your home.

By fleshing out boundaries, you foster limitless thinking.

Jared expands on this counterintuitive idea: “As a designer, constraints make you better. A constraint can be screen size, for example. I’ve got 400 pixels to work with, a story to tell, and a certain amount of information to convey.” These necessary constraints challenge designers to provide maximum value within clear limitations.

Adam Morgan (who wrote about BrewDog) and his A Beautiful Constraint co-author, Mark Barden, reminded Inc. readers that limitations inspire everyone from engineers to comedians.

How do you think Jerry Seinfeld became so successful? He flat-out refused to talk about sex and politics. By limiting his comedy, Seinfeld tested assumptions about humor and his audience, propelling him to rise to the top with jokes limited to the doldrums of day-to-day life in New York City.

Takeaway: Next time you take on a small project, experiment with seemingly inane constraints. It stretches the perceived realm of possibilities — so much so that innovators often add extreme limits for fun.

Constraints should never feel like corporate red tape. They’re a shared understanding that enables a leader to manage time, resources, and team members to meet a goal. Like any guidelines, they’re not hard and fast rules. Productive constraints evolve with a project, bending and shifting while helping a project to maintain clear momentum.

Sometimes they lead a team in an unexpected direction — it helps to follow your instincts and learn from the process rather than fight it. Denny describes a situation where the team followed guidelines of a project only to arrive at a much different conclusion:

“When we were getting ready to launch a new search bar, we realized it wasn’t right. One of our designers went back to the drawing board and asked ‘what if?’ and came up with a new idea. So, we paused, re-scoped to implement the new design. Now, what’s in production today is something we're really proud of.”

Starting from scratch (again) doesn’t mean that the team used poor constraints. Denny believes it’s the opposite: They followed helpful constraints to arrive at an unexpected outcome. To create a second iteration, the team followed the same process and developed an awesome product that benefited their community.

When project constraints are too rigid, they can have a counterproductive impact. A study featured in MIT’s Sloan Management Review found that a hard-line approach to project management actually leads to poor outcomes: over-budget, behind-schedule projects that fail to meet original goals. By emphasizing flexible constraints, a team can leave room for a project to evolve toward its purpose.

Takeaway: Scrapping a solution, no matter how far along it is, isn’t a failure. It’s a willingness to adapt constraints to a moving target.

Think about applying these constraints in 2017 in a way that breaks open your assumptions and creates the space for new possibilities. As Denny asked his team, “What problems are you trying to solve this year? And what do you need to do it?”

When approached creatively, these constraints can inspire anyone to bring a vision to life. Don’t eschew the nitty gritty details — even creative geniuses have to wrangle with cost, time and scope before they invest in a blank canvas. Liz writes about business, creativity and making meaningful work. Say hello on Twitter or through her website.