How to Communicate Ideas Effectively 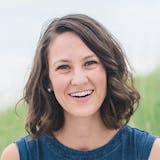 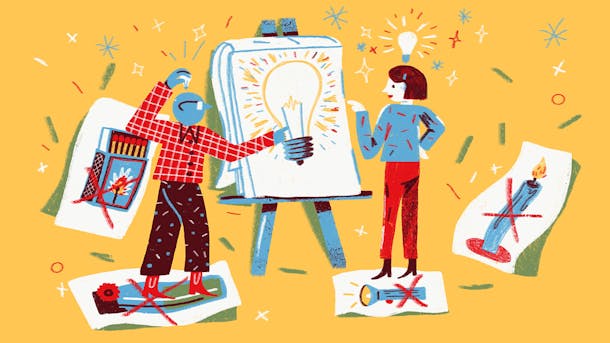 Your boss throws out an idea like, “What if we lowered our first response time for customer emails?” or makes a passing comment about liking another brand’s new video marketing strategy. What exactly are you supposed to do with this information? Should you type up a job listing to hire another person for your Support team and order a new video camera?

Robert Sutton, a professor at Stanford University, once heard a story (which may or may not be true) about a CEO who noted there were no blueberry muffins while making small talk before a breakfast meeting began. It wasn’t until years later that the CEO realized there were blueberry muffins at every meeting he attended from that day forward because of that comment.

Sutton goes on to say that leaders “make offhand comments and don’t consider that their employees may interpret them as commands.” He urges leaders not to waste their employees’ time by inadvertently creating unnecessary work with this kind of miscommunication.

I’d argue this applies to relationships without power imbalances as well. Communicating ideas effectively is important for coworkers, couples, and even friends.

For example, my husband Josh loves to dream, and I love to execute on tasks. When he throws out an idea, I can’t help but create an instant to-do list in my mind, whether he wants me to or not. Sutton suggests avoiding miscommunications by prefacing an idea with something like, “Please don’t do anything; I am just thinking out loud.”

Josh and I gave this advice a shot. To avoid stressing me out, he’d say, “I’m in my mental sandbox” before sharing a pie-in-the-sky idea. There are two rules in the mental sandbox: 1.) Anything goes. 2.) No action is required. Josh can ask me what it would be like if he were the mayor of our city, and I don’t have to skip a beat sipping my hot tea to think about how we’d afford campaign posters.

The mental sandbox was a helpful tool for us, but it didn’t always work. When Josh would throw out ideas like, “What if we spent less time on our phones?” or “What if we changed up our diet?” I knew he wasn’t making demands — but these weren’t entirely hypothetical ideas, either. We were still running into mismatched expectations about what needed action and what was just daydreaming, and this was a source of conflict and confusion for both of us.

I began to wonder how my teammates process idea discussions, so I created a poll in Slack.

It was eye-opening to learn that, unlike me, my teammates enjoy the process of tossing around ideas sometimes, and they don’t necessarily feel the need to execute on every little thing that’s said. I realized what I was missing all along was a middle ground — something in between ideas that need immediate action and mental sandbox ideas that need no action at all. More often than not, people need space to process verbally, suss things out, and gather feedback as they bounce ideas off each other to refine their thinking. Here’s the framework for idea discussions I came up with that makes room for this important middle ground:

Level 1: If we talk about it, we must take action.

Level 2: I would probably like action at some point, but I’m not exactly sure how it should look, and verbally processing together would help clarify.

Level 3: There is absolutely no action needed; I am strictly daydreaming out loud.

Josh and I aren’t the only couple to miscommunicate about ideas. People Ops team member Leah Knobler told me about a similar experience with her wife:

“Jahna and I were discussing a bucket list of things to do, and I said I want to go to Japan. I was definitely more Level 2/3 in my mind at that moment. A few days later, she told me she was researching it and looking at flights, and I was like, ‘Wait, what?!’”

Looking back, Leah recognizes that Jahna thought they were having a Level 1 discussion. She could have saved Jahna time and effort by explicitly telling her going to Japan was a Level 2 or Level 3 idea that didn’t require any work on her part yet, if ever.

Our Support team has started using this framework to communicate ideas effectively and avoid needless work, too. I was recently creating a new live chat schedule and realized I needed to pause so we could take some time to make important decisions about how much time each person on the team will be available for demo calls versus live chat. If I hadn’t stopped to confirm which level I should be on, I would have ended up redoing the whole schedule a few days later once I had more information. If you’re not sure which level you should be on when you hear a new idea, ask.

Conversely, when you share an idea with someone, give them a heads-up about which level you’re on so they know if you’re expecting them to take action, brainstorm, or a little bit of both. Abigail Phillips, our Support team lead, has found this framework helpful as a manager:

“Sometimes I’ve hesitated to bring up less concrete thoughts with the team because I don’t want to stress or worry people, and I risk an offhand comment being seen as a new goal or ask. But that also means missing out on fruitful discussion and testing out ideas with my teammates. If I can frame ideas as being Level 2 or Level 3, people will know it’s safe to just talk through things.”

This doesn’t just help at home and at work. The levels have even taken pressure off making plans with friends. When someone says, “We should hang out sometime” or “I could really use a babysitter,” how do you know if this is a call to action? Asking a friend what level they’re operating at will clarify a response that’s helpful for both of you.

Paola Maciel of the Help Scout Support team is usually on Level 2 or Level 3, while one of her good friends is almost always on Level 1. This makes Paola feel like she must help her friend take action at all times, even when she doesn’t want to.

“I explained the levels to her and was honest in sharing that her constantly being on Level 1 is sometimes a stressful thing, and she was shocked and relieved! She said that it’s tiresome for her but something she felt people expected of her, and felt sort of surprised that it’s tiresome for others too. She was happy to have that frame of reference/discussion for herself as well!”

We can’t operate 100% of the time in a mental sandbox on Level 3, because we’ll never get anything done. But if we spend our whole lives on Level 1, we won’t be able to innovate — and we might even waste time doing unnecessary work, like the team who bent over backwards to get blueberry muffins for the CEO who didn’t actually care what he had for breakfast.

The best ideas aren’t created in a vacuum. People are collaborative creatures who thrive on Level 2, sharing their thoughts with one another, talking things out, and helping each other clarify their thinking. When we explicitly incorporate all three levels into our relationships, both in our personal lives and at work, we can avoid miscommunications, save time, and bring the best ideas to life as a team.

Kristi is on the customers team at Help Scout and enjoys shaping company culture through projects such as Whole Company Support. She loves to dogsit, travel, and visit coffee shops while working remotely.