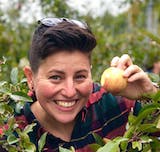 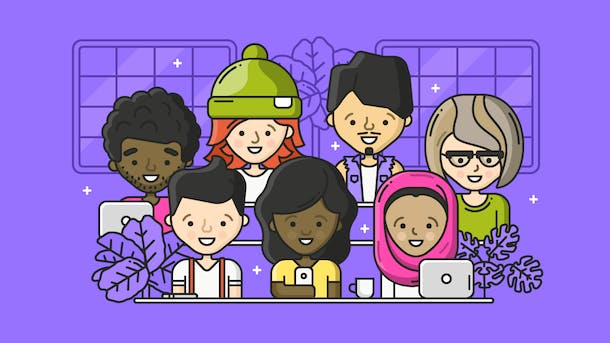 As with any company-wide effort, building a diverse team has to start at the top.

Back in July 2015, when I interviewed with Help Scout, I learned CEO Nick Francis and Head of People Ops Becca Van Nederynen had been taking steps to build a diverse and inclusive team — but looking at the About Us page, it was clear there was work to do.

Aside from the overwhelming data that proves diverse teams are smarter, more empathetic, and financially more successful, more importantly, we wanted to build a diverse team because it was the right thing to do, and because it aligned with our values.

There’s been no shortage of informative blog posts on diversity and inclusion (D&I) in tech over the past few years, so we had no excuse for not understanding how we found ourselves in the infamous hole of diversity debt. Luckily, we had plenty of guidance to help us start climbing out.

What gets measured gets managed

It was easy to look around at Help Scout and notice which identities were well-represented and which were missing, but it was important to us to learn how people on our team self-identify so we don’t make assumptions.

About a year ago, we launched our first demographic survey to find out where we stood and to inform our goals and areas for improvement.

We compared ourselves to the U.S. census data, as well as to Slack’s self-reported data from earlier in 2016:

The results showed that our team at the time of the survey was predominantly white and male, and our engineering and design teams were the least diverse teams across race and gender at 90% male and 86% white.

After looking at that data, we set some goals. My main focus for 2016-2017 was to add more diverse talent to the team, but we set inclusivity-related goals as well:

Here are the concrete steps we took to pursue those goals.

Experimenting with our candidate pipeline

To dig deeper into our hiring processes, I collected data from previous engineering hires to see how many active candidates out of the overall applicant pool were women. The numbers told a clear story:

Reviewing past engineering hires revealed we weren’t attracting enough women into our pipeline, resulting in a consistent struggle to add women to our engineering team. Simply opening a technical position on our Careers page and advertising it in the usual places was not enough to effect meaningful change in our diversity efforts.

As Ciara Trinidad writes in Lever’s step-by-step guide to cultivating diversity and inclusion, “If you have been using the same platform to find your candidates it might be time to start venturing out to platforms you might not have thought of using in the past.” It was time for some radical change!

Here’s what we tried

After making those changes, we hired women and people of color for the next four engineering hires.

I’ve spent a lot of time thinking about and improving my outreach emails to make sure I’m not tokenizing or patronizing candidates. As Trinidad points out:

“By using messaging that leads with ‘I’m reaching out because we care about diversity’ you’re making the recipient of this messaging feel like a token. This is your chance to be the differentiator; this is where you can really stand out and a bring a human approach to the daunting task of sourcing for diversity.”

And while I do mention that diversity and inclusion are important at Help Scout, I try to go further and share specific steps we’re taking, while also sharing that as a queer, Jewish, gender non-conforming person I feel able to bring my full self to work here (and as a white person, it’s likely this is easier for me).

We conducted our second team-wide demographic survey this June and have new data to show where we’ve grown and where we still have work to do.

This past year, we increased the number of women and gender non-conforming people on our engineering team from 5% to 13%, and overall Latinx representation on the team increased from 3% to 5%.

We also made improvements on gender balance among team leads and coaches. We are now 45% female, 45% male, and 9% gender non-conforming, and we moved closer to gender parity overall.

Gender and race across teams at Help Scout

Gender and race on engineering and design teams at Help Scout

At 81% white, Help Scout is not very diverse in terms of racial/ethnic background of our team, and our engineering and design teams are still 81% male. This data will help us set new goals and continue our efforts to make Help Scout a great place to work for all people.

Beyond the hiring process

While it was critical to make radical changes to our hiring process and pipeline, it was equally important to assess whether Help Scout was creating an inclusive and welcoming environment to nurture and sustain all of our teammates. We conducted our first employee engagement survey last summer, and we plan to do it again in the coming months and will include questions regarding inclusion and support.

Related: 6 Perspectives on Diversity in the Workplace

To help further communicate our values and create a safe, inclusive work environment, we wrote a company code of conduct that all existing and new teammates read and sign off on. Our code of conduct clearly defines Help Scout’s values and how we expect our team to embody them. It includes a sexual harassment policy and reporting procedure, and it defines terminology (such as “microaggression”) that we expect our team to understand.

Additionally, our code of conduct helps to express our commitment to diversity and inclusion and creates a process of accountability when our expectations are breached.

As part of our 2016-2017 goals, we wanted to provide opportunities for our team to stay engaged in the conversation about creating an inclusive work environment. Since our first demographics study, we’ve coordinated talks and trainings for the team, such as an unconscious bias training with ParadigmIQ.

We also created a Slack channel (#diversity) to promote company-wide conversation and article sharing about all topics regarding D&I. Since as a remote team we don’t have in-person resource groups, we also created Slack channels for women and gender non-conforming folks and LGBT teammates where they can find community and support.

Lastly, it was important for us to diversify our board of directors. At the end of 2016, our board included four men, one (non-voting) woman, one person of color, and one open seat. Nick committed to finding a woman to fill the role, and in May 2017, we hired the incredible Asha Sharma for that seat.

This isn’t about patting ourselves on the back for “solving the diversity problem” now that we have a woman on the board — our ultimate goal is for our board, top management, and entire team to reflect a more representative balance across multiple axes of diversity.

Help Scout is not perfect and this is not a self-congratulatory post. We still have serious diversity debt, and we are working on putting new goals in place for 2017-2018. But we want to publicly share what we’re learning and experimenting with to add to the dialogue and to hold ourselves accountable.

Diversity and inclusion are at the forefront of our company’s goals, and we’re dedicated to continue making meaningful, sustainable change toward those goals. We know that D&I work isn’t simply a checklist to cross off and be done with — we’re excited to dig in and do the work it takes to make our company a welcoming place for everyone.

If you’re making the world a better place, we’d like to help.