Since committing to Diversity and Inclusion (D&I) is a key part of our values at Help Scout, we decided to run our demographic and inclusion survey twice a year instead of once, so here we are with another update! Collecting data more frequently allows us to determine whether we’re continuing to make real headway against our goals or remaining stagnant in certain areas.

It’s been about six months since we last reported on the state of D&I at Help Scout, and once again we have exciting data to share as well as areas where we need to refocus our attention. After reporting on our demographics for several years, it feels safe to say this “mixed bag” of results will be common, as this work takes time and intention.

What we’ve been up to

In addition to the points above, we’ve spent more time thinking about our hiring process and how to continue making it inclusive. We are customer-obsessed at Help Scout, and when it comes to hiring, our candidates are our customers. We know that applying for jobs is exhausting and anxiety-inducing, and there will always be more applicants than there are open roles.

But how you treat everyone in the process, especially the people who are not selected, will speak volumes about your company and send a powerful message about your values. Word travels fast, especially when it’s negative, and if your company doesn’t treat candidates with respect, you could be closing the door to underrepresented groups looking for companies to trust.

We send a candidate experience survey to all candidates that have at least two conversations with us. In it, we track candidate NPS and ask other questions to assess whether candidates are being treated fairly and enjoying our process. Our current candidate NPS is 8.8 out of 10 — we’re proud of that!

We also created an infographic that lives on our career page and gets emailed to any candidate who enters the pipeline. It details what our interview process looks like at a high level. We love transparency, and we find making this information well known helps set expectations with candidates.

Having a structured interview process helps reduce bias and keeps us consistent, no matter who we’re interviewing (e.g., not letting some candidates skip steps or get ahead because they were referred internally). Providing clear expectations to all candidates allows them to know what to prepare for and have equal opportunity to succeed.

It’s no secret at Help Scout that we care about and prioritize D&I, and celebrating this work has helped us attract other excellent people that share these values:

In this most recent recent Demographic and Inclusion survey, we had our highest scores yet regarding how our team feels about D&I. We’re proud that 94% of respondents agreed D&I is important to them, and 97% agreed that Help Scout as a company values D&I.

A snapshot of our scores around inclusion from October 2019

Our most recent Employee Engagement Survey also had our highest engagement scores to date, with an overall engagement score of 91% (via CultureAmp). It’s no surprise that there’s a correlation between high employee engagement and working at a company that values inclusion.

And there’s some science to back it up: One study found that the more workers agreed that “employees should recognize and celebrate racial and ethnic differences,” and the more they disagreed that “employees should downplay their racial and ethnic differences,” the more that minorities in those units reported feeling engaged in their work. In other words, acknowledging the many layers to our identities in the workplace helps us feel more connected.

How we look at the company level

We conducted this survey in October 2019 and we had a 91% response rate. 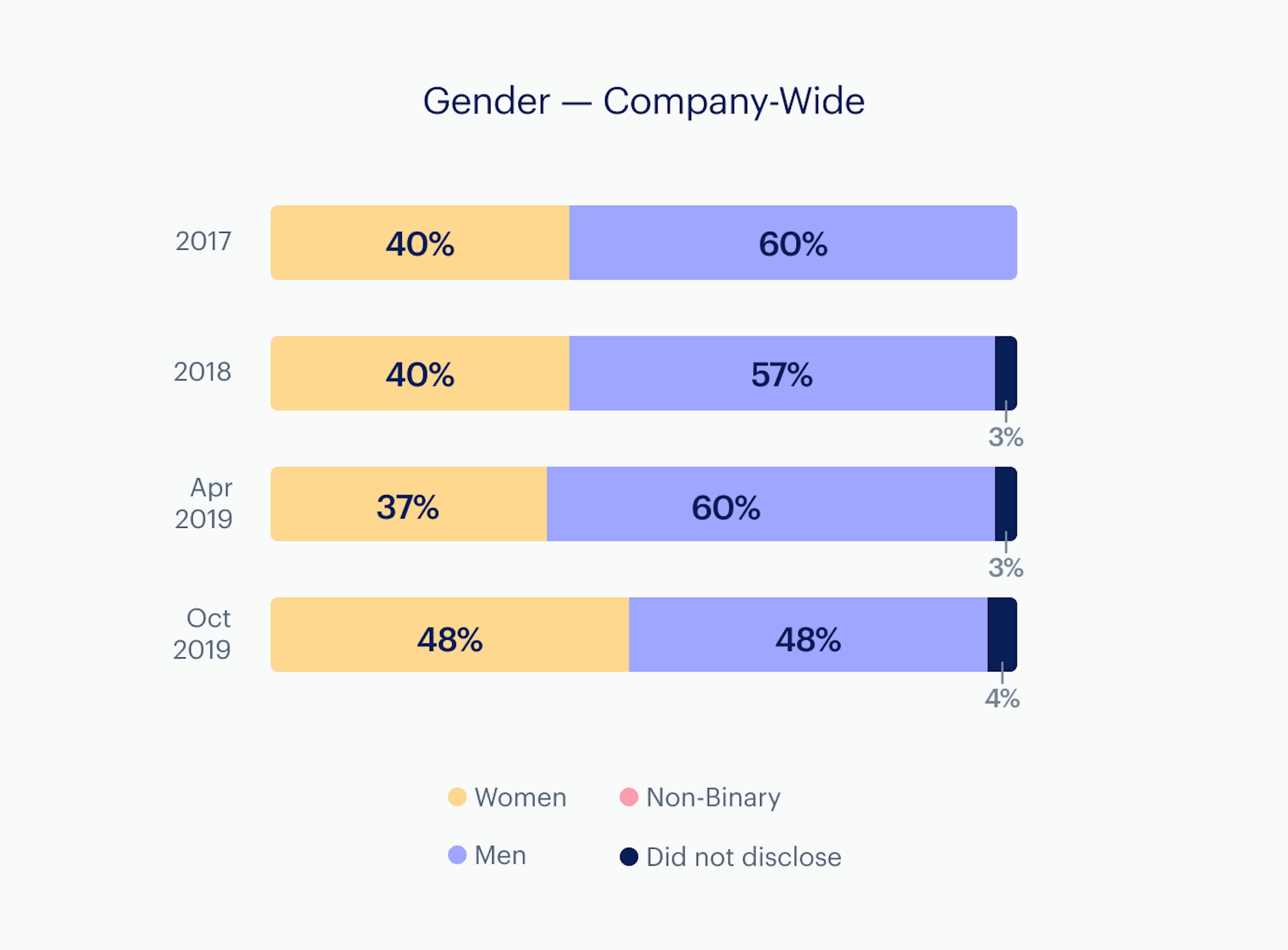 We hit gender parity at the company level! While increasing representation of women at Help Scout is definitely an accomplishment, we are’t resting on any laurels any time soon as it’s still critical to examine gender breakdown by team. Gender parity overall at a company doesn’t mean much if the “technical” teams are primarily made up of men. 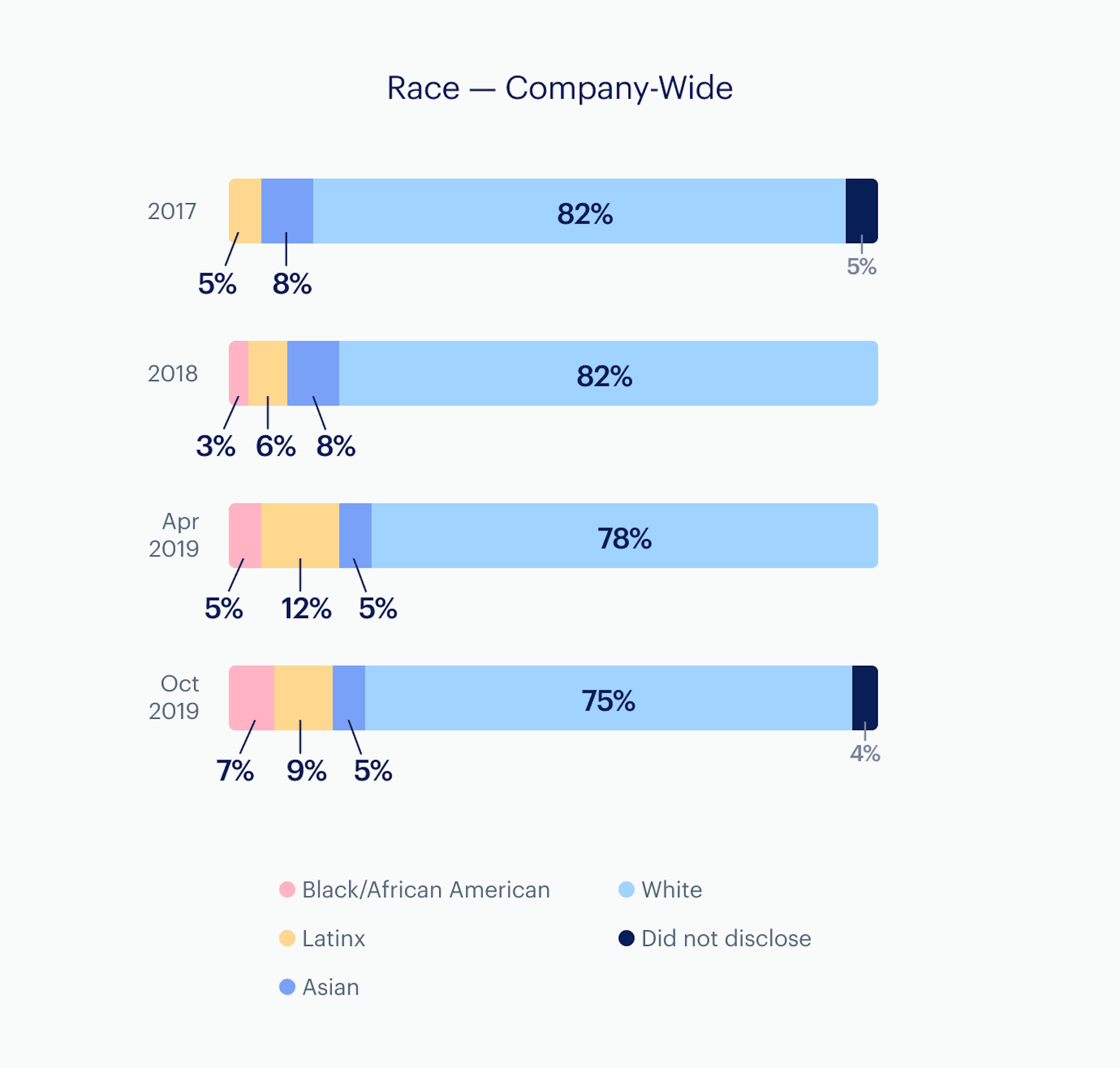 In six months, we increased the representation of Black people at Help Scout by 2%; however, we saw Latinx representation decrease by 3%. Now that we have several years of data to review, we certainly made progress from 2017 when there were zero Black people and 5% Latinx. We’d like to at least reach numbers that are represenative of the racial makeup of the American workforce at 13% black and 17% Hispanic, so we still have work to do. 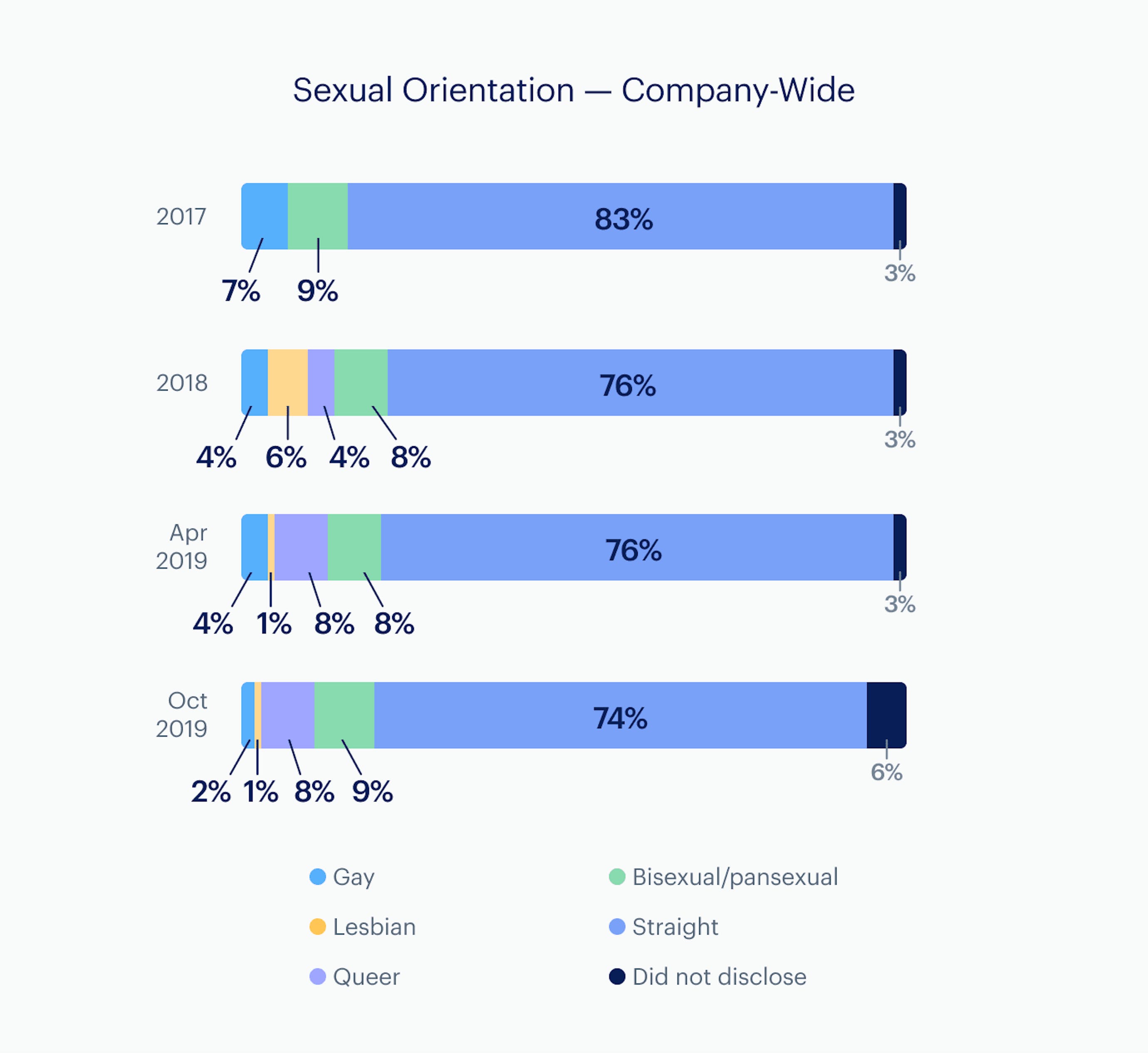 Help Scout continues to have about 20% of the team identifying as part of the LGBQ community — we’re proud of that. 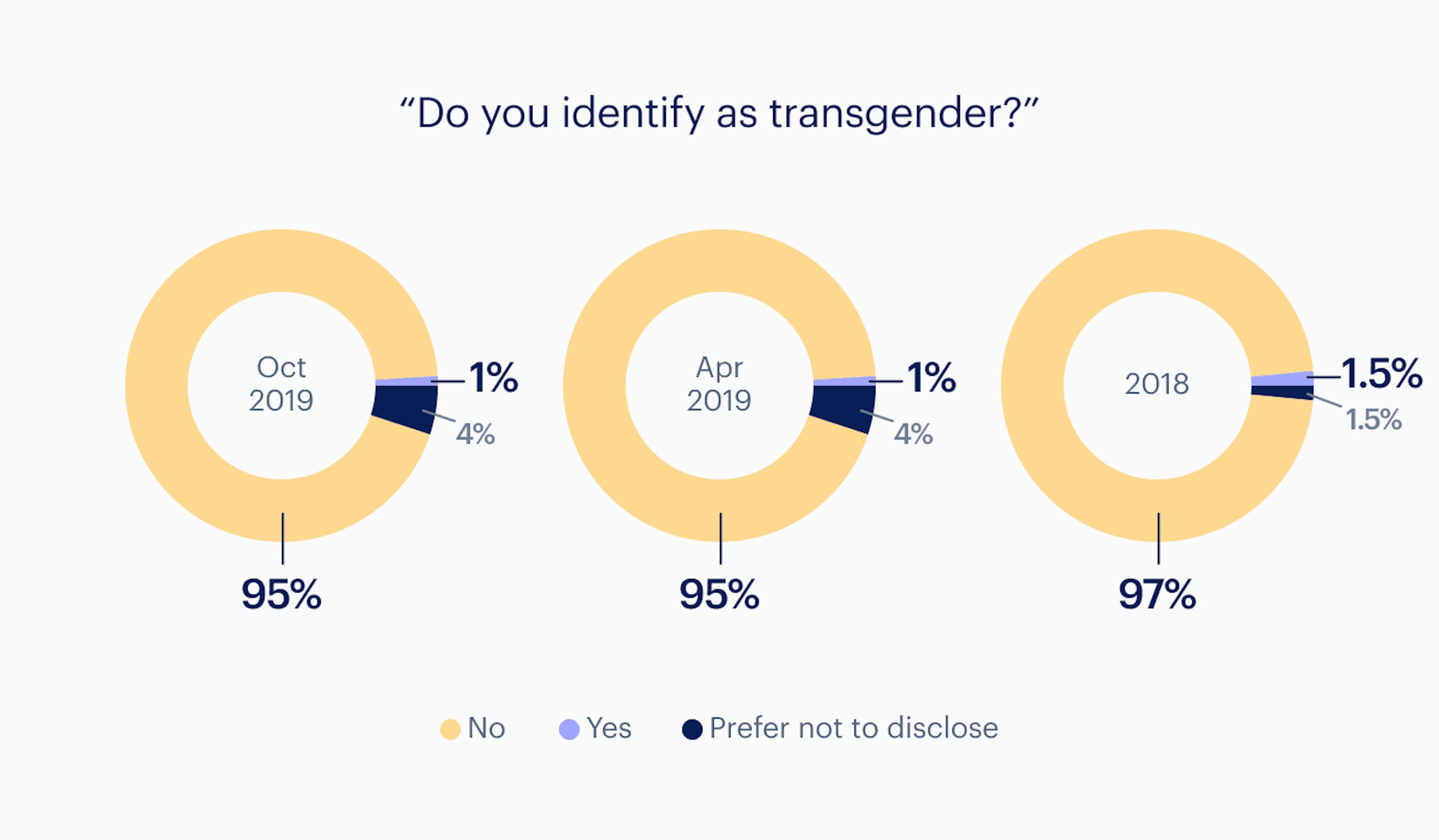 We’ve stayed about the same with our representation of Transgender employees at about 1%. 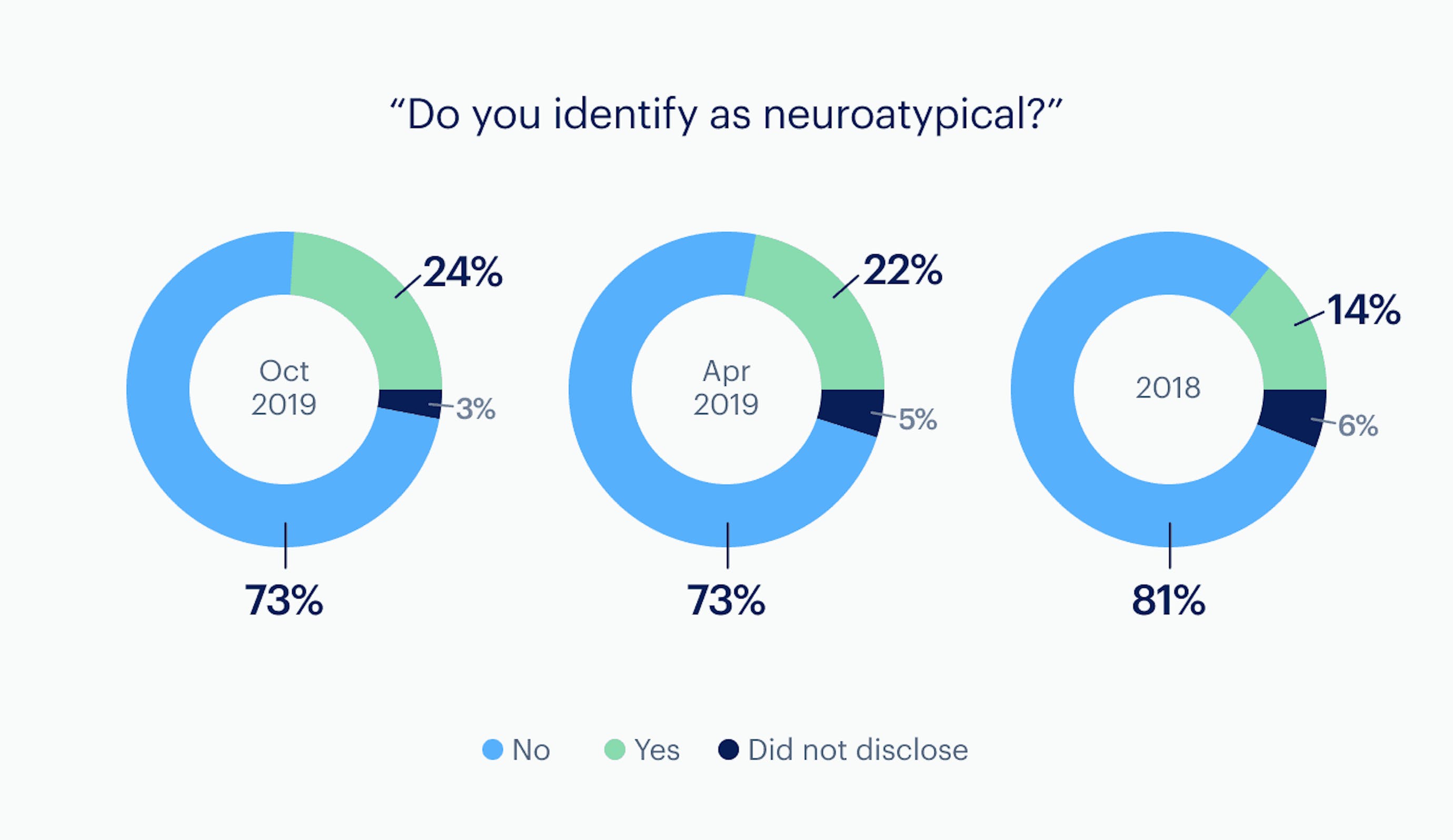 We saw another small increase in teammates who identified as neuroatypical, up to 24%. 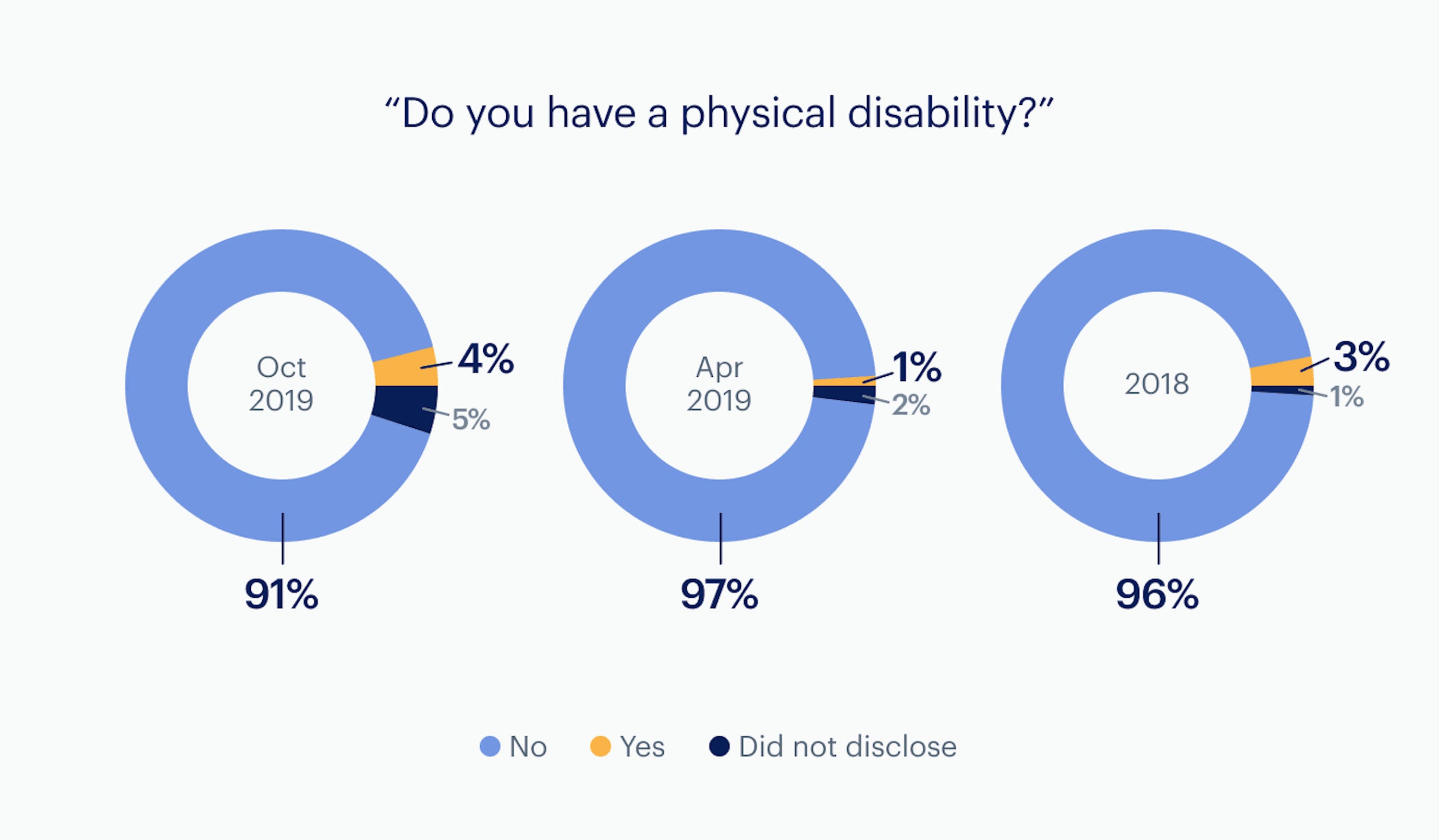 The percentage of teammates with physical disabilities increased from 1% to 4%. 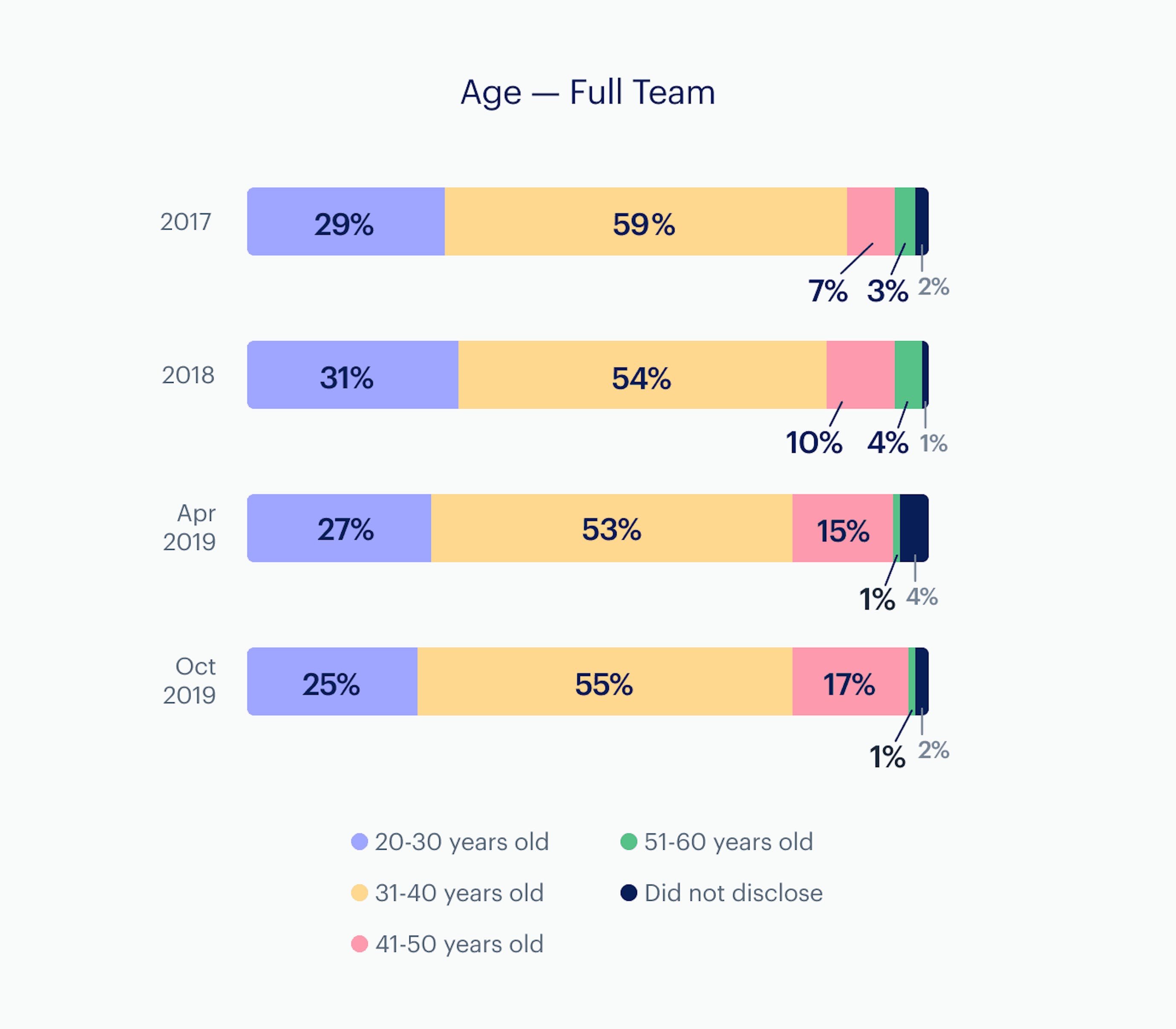 The majority of Help Scout still falls between 31-40 years old, but we’ve increased representation of teammates who are 41-50 years old since last survey. Since older people face discrimination at work, perhaps especially in tech, that’s a trend we intend to continue to improve upon. 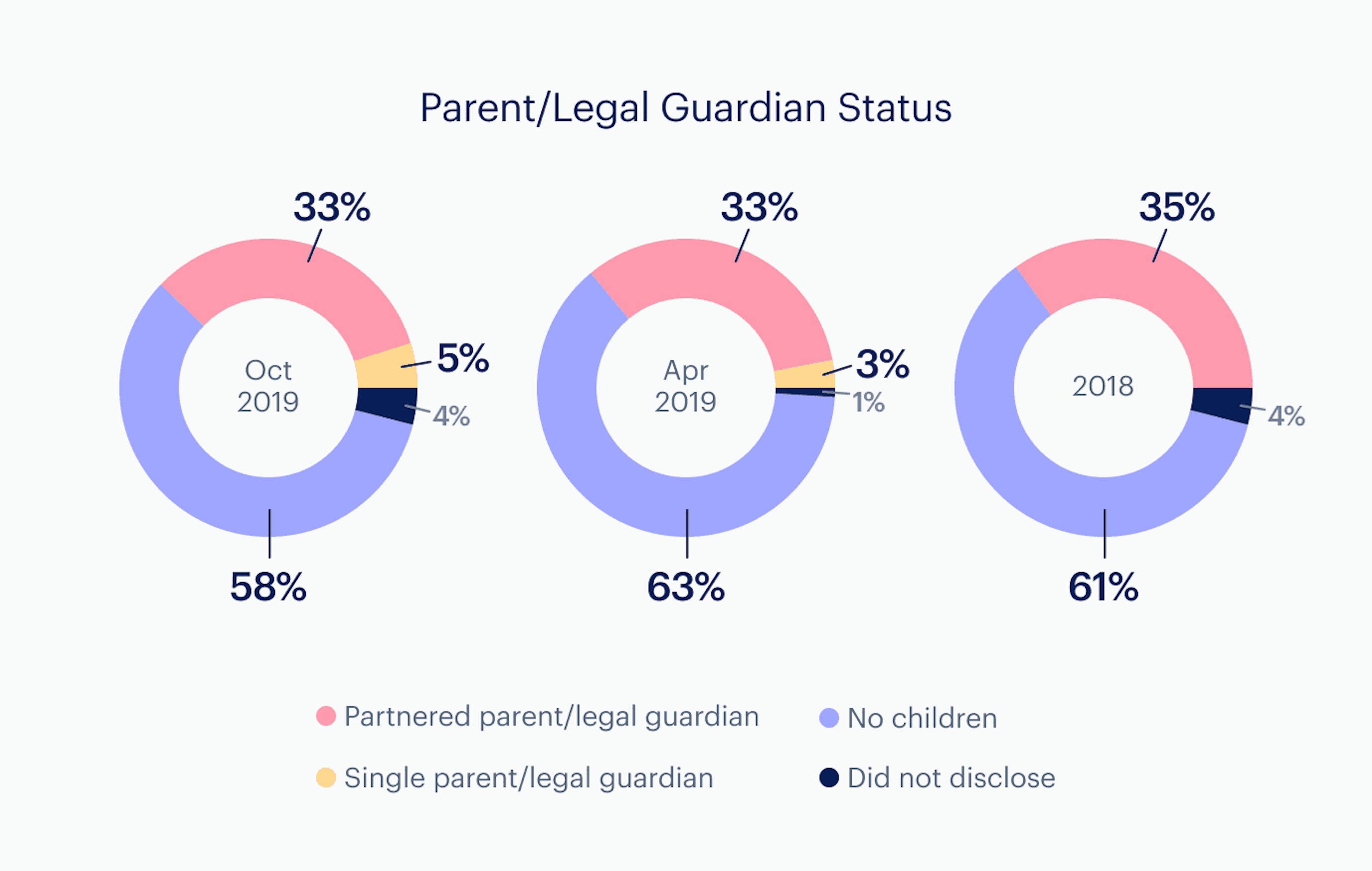 About 38% of the company are caregivers! This data point reinforces the importance of meaningful work-life balance and why we love the flexibility of remote work.

Where we’ve made progress 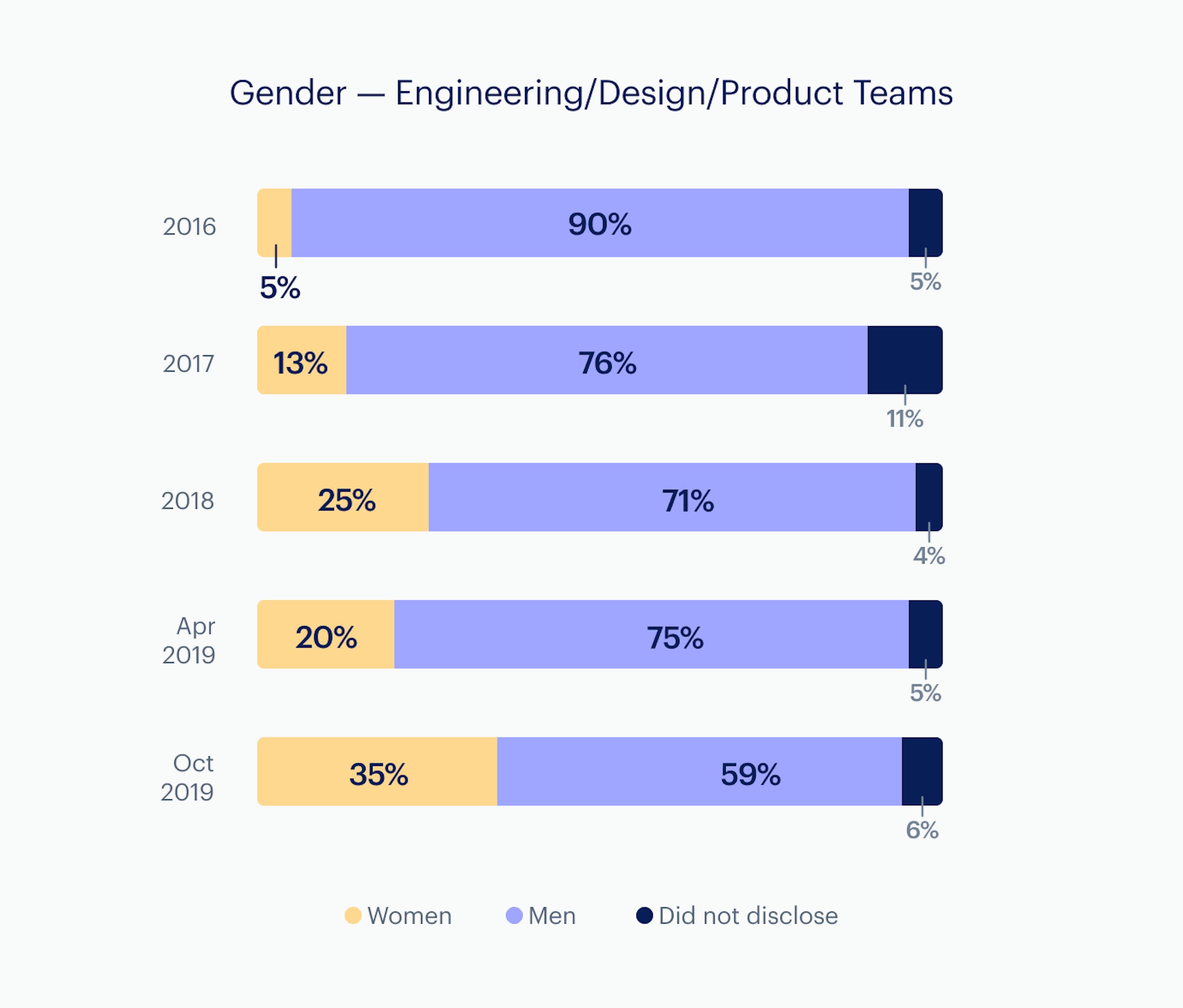 We’re proud that in just six months, representation of women on our Engineering, Product, and Design teams went from 20% to 35%.

“Give candidates someone in their leadership path that they can relate to, who they can trust to advocate for their perspectives. Build a strong bench of qualified diverse senior leadership who are known within their respective communities and you will fix your pipeline problem across the board.” — Kathy Keating, engineering leader and former Apostrophe, Inc. CTO

Gender on our leadership team 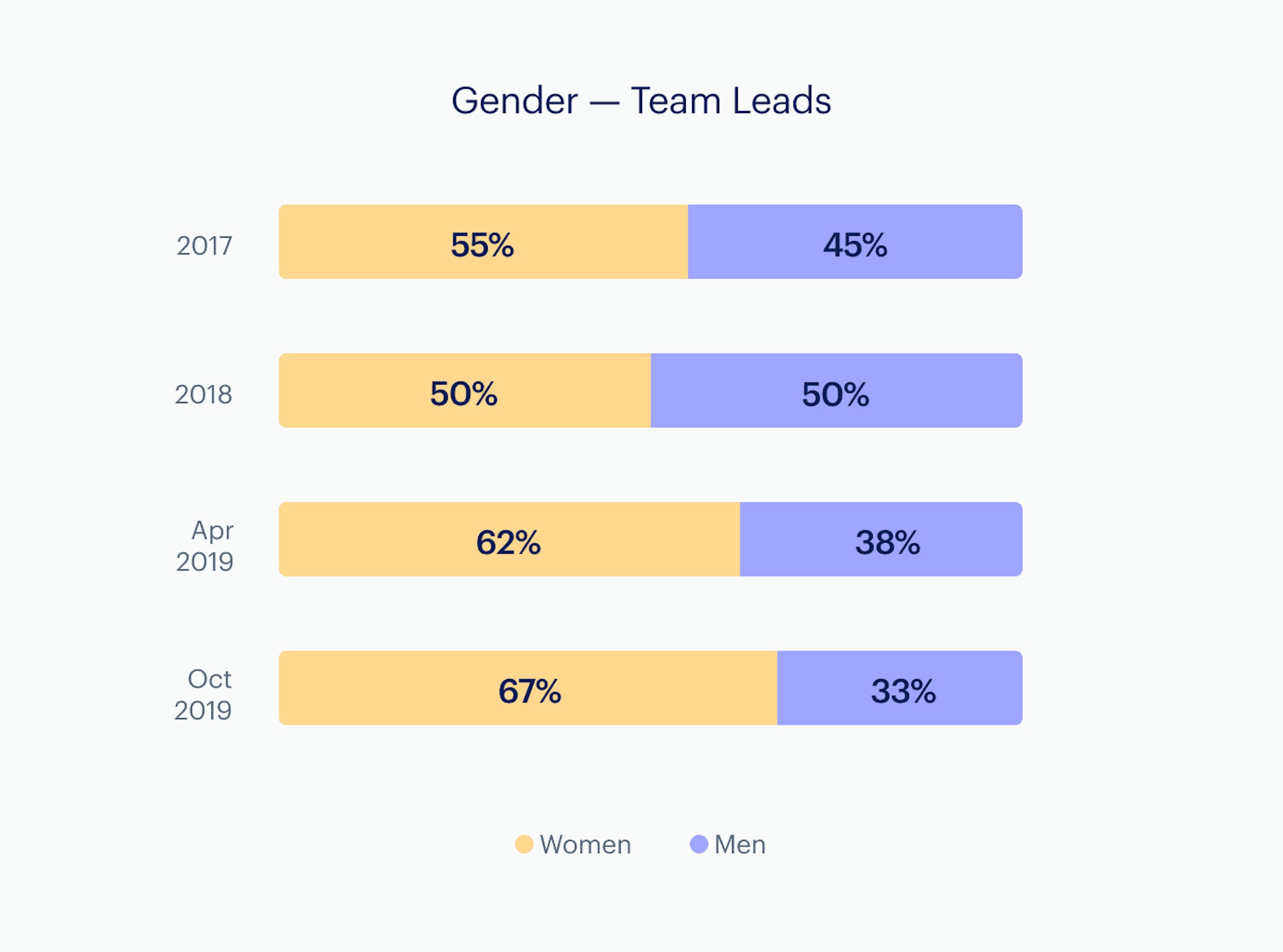 Our leadership team continues to be majority women, a rarity in the tech industry. The latest Women in the Workplace report by McKinsey & Company shows some progress in this area, but there’s still work to be done. While female representation in the C-suite is on the rise, only one in five executives in the C-suite is a woman today, and women of color especially remain underrepresented at all levels.

Where we can improve

While we’ve made great progress around gender, we haven’t made nearly enough movement around race. Now that we have more managers across the team, we started analyzing race at the manager level. Management is majority white, at 89%, so there’s room for improvement here. 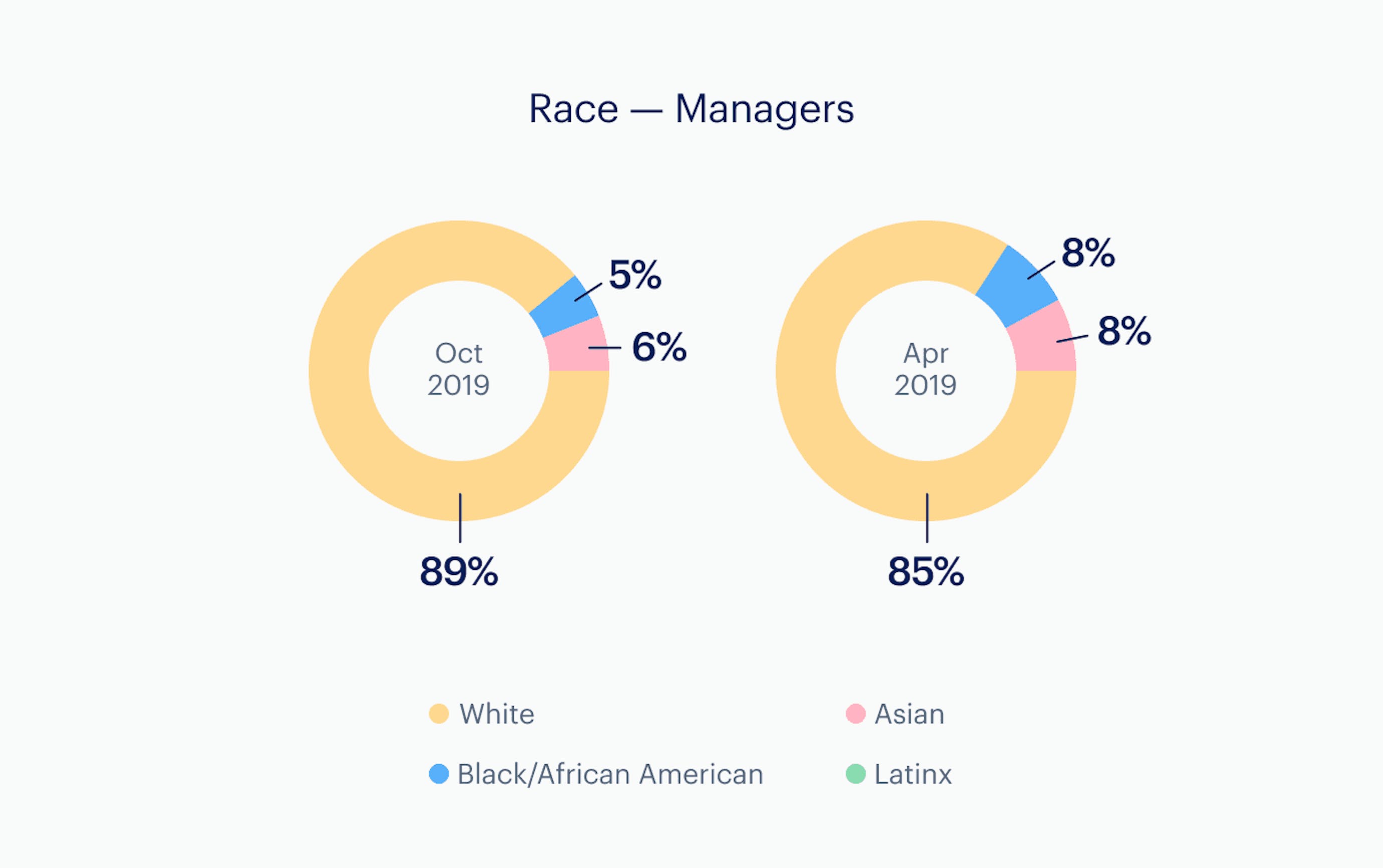 In the past, we grouped Sales, Marketing, Business, Support, and Finance together, but since our company has grown in size, we were able to drill down into demographics by team for the first time. We have plans to continue growing our Sales and Marketing teams for 2020 and it’s helpful to know this data when strategizing hiring. Our Sales team is majority male and the Marketing team is majority female, and we’ll work to balance these teams in the coming year. 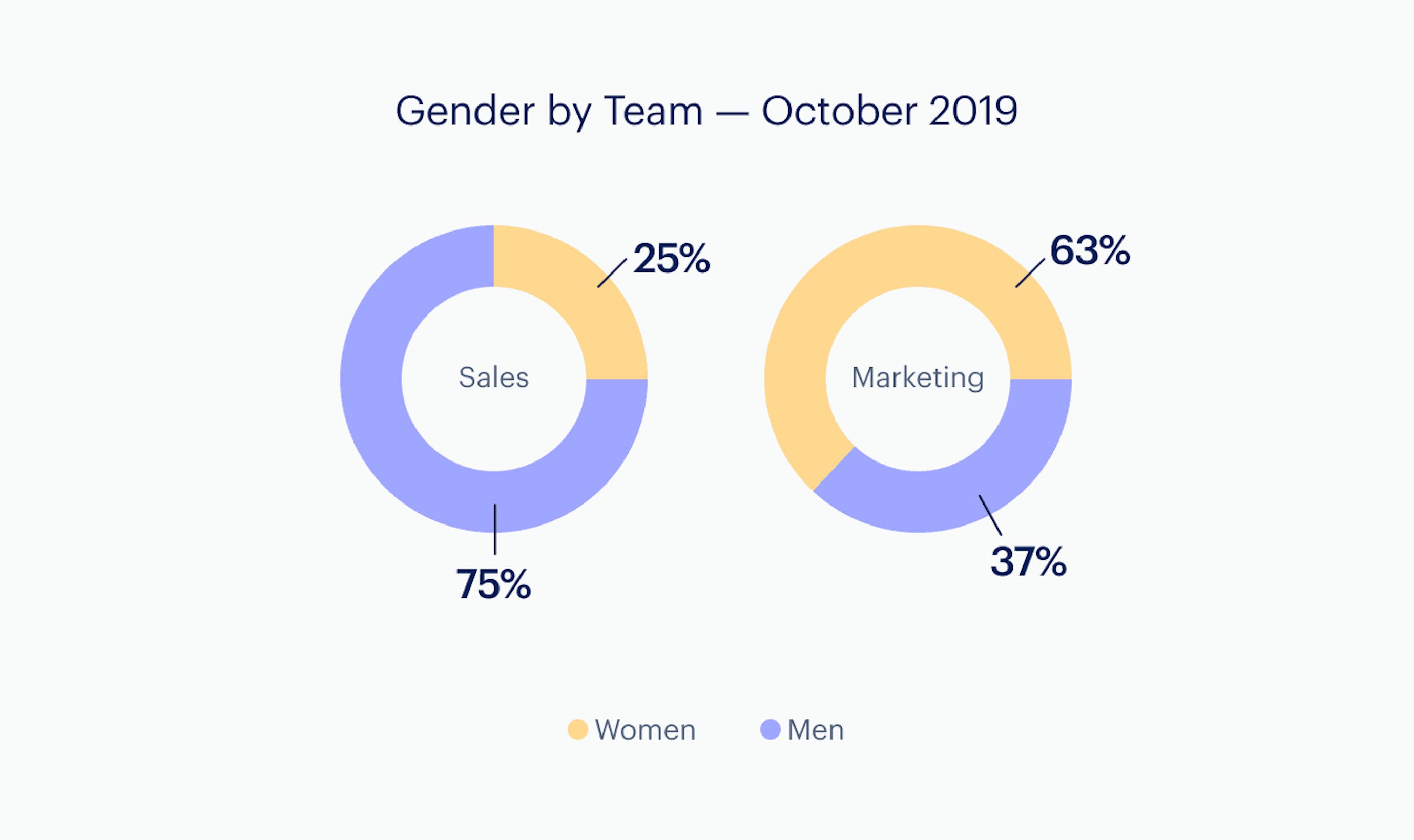 D&I work is not a zero-sum game

However, let’s be very clear — discrimination is not a zero-sum game. In other words, increasing the percentage of underrepresented individuals in your hiring funnel does not mean the process is discriminatory against white men — it means there’s a more diverse, qualified group of people vying for the same role.

We talk a lot in tech about hiring the best person for the job. By proactively recruiting a higher volume of underrepresented people to join the hiring funnel, you only increase your chances of hiring the best person. Once you work to diversify your funnel, it might mean fewer white men will be hired for roles. But to assume the process is now biased against these people is faulty. It’s our job to hire the best people for any role, and to do that, it’s critically important to expand access to the funnel.

The Equal Employment Opportunity Commission, a U.S. federal agency, encourages employers to take these measures and proactively address barriers to inequality in employment. In its Compliance Manual and Guidelines on Affirmative Action, the EEOC specifically notes that employers may engage in efforts “to overcome the effects of past or present practices, policies, or other barriers to equal employment opportunity.”

At Help Scout we take the EEOC’s guidelines to heart, and our team is more diverse today than it’s ever been. We’re proud of the company we’ve built — we have 105 people living all over the world with a variety of perspectives, backgrounds, and experiences, and we’re a stronger company because of it.

We look forward to sharing our continued progress with you next year! 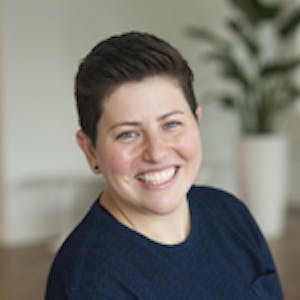