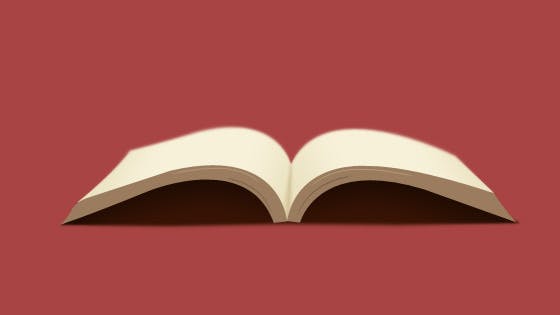 The holidays are a special time for many people. They’re also typically filled with stress, deadlines and a ton of expectations.

During these times, getting dragged through customer service frustrations can be the tipping point that turns a great holiday into a disastrous one.

Fortunately, some companies realize the importance of making things right even when they seem bleak. A few shining examples of businesses who are willing to go all out to ensure their customers’ happiness stand out from the crowd.

Below are five examples of companies who know what it means to get into the holiday spirit, and stories of how each left a smile on their customer’s face after things went wrong.

It’s hard to adequately describe the frustration felt when you’ve ordered something online, only to have it stolen from your doorstep after its arrival. Funnily enough, the worse part isn’t that it’s missing—it’s that you just know making things right will be a hassle.

What if this happens to you around Christmastime with an incredibly popular gift for your son? You may feel tempted to just admit defeat and begin pulling your hair out.

Fortunately, some big companies know what this feeling is like, and will take the time to make things right when their customers run into this unfortunate circumstance.

That’s exactly what happened when this Amazon customer had their $600 PlayStation 3 lifted from their doorstep. The customer called willing to beg for a solution, but Amazon doesn’t make their customers jump through hoops to get satisfaction.

Much to the customer’s shock, Amazon not only sent another PlayStation—free of charge, they also upgraded the shipping to make sure it reached the customer in time to meet Santa’s deadline!

This is truly an example of turning an abysmal situation on its head and leaving a customer with an impression that they won’t soon forget.

If there is one thing that can ruin an otherwise perfect opportunity to assist a customer in need, it’s red tape.

Sure, protocol & guidelines are important, but there are sure to come times when what you “usually do” is at odds with taking care of a customer.

When that happens, how will your company handle things? Before you decide, be sure to read this tale about how Trader Joe’s unabashedly broke it’s own rules in order to help a customer out:

An elderly man, 89 years of age, was snowed in at his Pennsylvanian home around the holidays, and his daughter was worried that he wasn’t going to have access to enough food due to the impending storm and bad weather in the area.

After calling multiple stores in a desperate attempt to find anyone who would deliver to the man’s home, she finally got a hold of Trader Joe’s, who told her that they also do not deliver … normally.

Given the extreme circumstance, they told her that they would gladly deliver directly to the man’s home, and even suggested additional delivery items that would fit perfectly with his special low-sodium diet.

After the daughter placed the order for the food, the employee on the phone told her that she didn’t need to worry about the price—that the food would be delivered free of charge, and that they hoped she had a Merry Christmas.

Less than 30 minutes later the food was at the man’s doorstep—for free!

While great customer service stories can be a dime a dozen if you’re looking for them, you can’t help but think that some of these tales seem especially “calculated.”

It makes good business sense to treat customers well, doesn’t it? Big companies probably aren’t hesitant to go above and beyond for customers if they suspect it could result in free press, especially around the holidays.

But when you hear a tale like this, you know a business is truly focused on customer happiness.

A Books-A-Million customer was visiting the store to pick up a book requested by her son for Christmas. Unfortunately, although the store’s computer displayed that there were copies available, none were actually in the store, and the next delivery wasn’t scheduled to arrive for a few more days.

For the sake of not stopping the relentless pursuit of customer happiness, the Books-A-Million rep actually called their competition (in this case, Borders) to reserve a book for the customer, and printed out directions to where she could pick it up.

While the Books-A-Million team may not have made the sale that day, their outstanding commitment to “WOWing” customers won them a repeat shopper for life.

Showcases of outstanding service around the holidays definitely serve to brighten our day, but quite a few of the tales tend to emerge from companies with typically AWFUL service reputations. After all, even a broken clock is right at least two times a day.

Who is celebrating those companies that continually provide incredible service, even in the midst of the holiday shopping onslaught, the harsh weather and the ceaseless crowds?

Nordstrom shows us how it’s done in an example of providing amazing service in spite of the often stressful and busy time that is the holiday gauntlet.

After being given special attention during a Christmas eve rush, Tom Smith discovered that the catered service and warm attitude of Nordstrom’s employees doesn’t fade when things get rough.

Now please understand, it’s Christmas eve, the store is full of people, it’s cold outside, the parking lot is full …and this gentleman is asking if he can help take our bags to the car!

It’s not the most dramatic tale of service, but is still a rather fine example of consistency from a company that is known for its customer service, and a great inspiration for those small business owners to seek to make WOWing customers an integral part of their customers’ experience.

If in reading these stories you’re thinking that it’s easy for big companies to deliver this kind of service due to their ability to absorb expenses, prepare yourself for this heatwarming tale of a small business with a big heart.

Bob Negen found himself dealing with a personal tragedy (the death of his father) shortly after Thanksgiving. Trying to keep his chin up, he went out to purchase his Christmas tree not long after the funeral, knowing that he wanted to prepare for the holidays with his wife and son.

After arriving at Grand Haven Garden House to pick up a tree, Mr. Negen broke down in the parking lot, thinking of the many years past when he would pick out a tree with his dad.

The owner, Dale, quickly approached Mr. Negen with comforting words and told him that he would take care of everything. Dale selected a tree and had it delivered and set up in Mr. Negen’s home that day. He also delivered a tree for Mr. Negen’s mother and had everything set up for her before she got home!

Few examples so memorably showcase how small businesses have the power to provide service that stays with customers for life, just by making sure they are taken care of.

I’d like to see the corporate competition match that!