The Lost Art of Candor in the Workplace 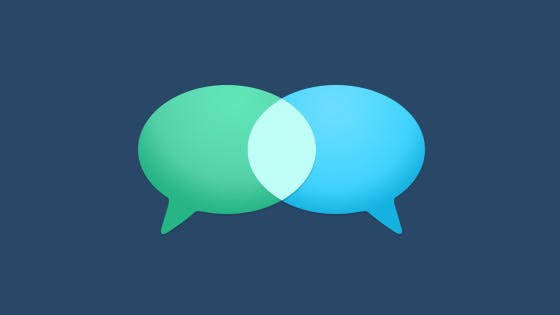 It’s a truism repeated since time immemorial: great work is contingent on a willingness to be judged.

Candor among talented teams is no small feat, but executives across industries will tell you that it is the universal gold standard. Jack Welch, former CEO of GE, called it the “dirty little secret” in business that can chain an organization to mediocrity if it is not developed.

Carlos Brito, CEO of InBev, claims that direct, honest feedback about performance becomes a “lost art” in many corporate environments in favor of coddling and conflict workarounds.

Denise Morrison, CEO of Campbell Soup, candidly states that innovation was stifled at her company because leadership sought to drive organizational consensus (i.e., “something we can all agree on”) instead of rewarding the courage to address the hard problems.

And yet, cultivating candor requires a delicate balance. Teams must carefully tread the line between “brutally honest” and “necessarily honest.”

One is about putting people down while the other is about the free flow of information.

The Free Flow of Information

Candor among teams hinges on the ability of information to flow freely and uninhibited.

When feedback is tainted—candy coated for the boss, delivered softly to a failing employee—the problem and potential solutions become opaque. Nobody knows what to do because nobody truly knows what is happening (or worse, they think they know but have misleading information).

A lack of straightforwardness affects an organization on every level. Relationships among teams can become one-eye open affairs, projects get muddied by circular talk, and nobody in the company can assess where they stand.

A workplace that values candor need not tell every employee every little bit of information, but it should structure the flow of information so that the facts reach the people who matter so that they can make better decisions:

Managers must insist on candor at all times. They must reach out and solicit intelligence from as many people as possible. They must accept, and even welcome, troubling information when it’s delivered to them, and praise those with the courage to surface unpleasant news. They must create systems designed to ensure good information flows to those who need it. And they must make it clear they are not interested in incessant happy talk.

The problem lies in finding the sweet spot between “incessant happy talk” and maliciously raining on someone’s parade. Brutally honest feedback, when delivered in a bludgeoning fashion, can hurt morale and damage the relationship with an otherwise great employee.

There is a vast difference between picking projects apart and picking people apart.

When you need to give “necessarily honest” feedback to an otherwise solid employee, the importance of focusing on the work cannot be understated— a vast amount of research shows that criticism tends to loom over everyone, including superstars.

Professor Roy F. Baumeister’s notable paper on this subject, “Bad is Stronger than Good,” shows that it often takes five positive events to balance out a single negative one, depending on the severity. Clifford Nass, a professor at Stanford University and author of The Man Who Lied to His Laptop, posits that negative emotions stick because they are more likely to be dwelled upon:

“Negative emotions generally involve more thinking, and the information is processed more thoroughly than positive ones… Thus, we tend to ruminate more about unpleasant events — and use stronger words to describe them— than happy ones.”

If that doesn’t sound surprising, perhaps it’s because most people are very intuitive in picking up on these subtleties of social interaction; we know harsh feedback follows us around like a dark cloud, hence why many of us are less willing to dole it out.

There also tends to be different sorts of personalities when it comes to feedback, operating on a sliding scale. On one end, you have “bottom line” people who regard feedback in a fairly removed and calculated manner. They are most often responsible for evaluating others’ work.

On the other end, you have a group I call the “craftsmen” (and women). They are the ones who pour themselves into projects, and they tend to react strongly to criticism because they are so invested in the work being criticized.

Every team will consist of a melting pot of these personalities. To find balance and to encourage an understanding that candor is a two-way street, Greg McKeown recommends that teams realize the necessity of emotional filters in the workplace.

McKeown’s first piece of advice is to protect yourself from others. When evaluating feedback you’ve been given, consider the source. Brash, cold personalities may give feedback that cuts deeply—it’s just how they communicate. A mistake to be made here is in listening too much or in taking comments to heart from someone who simply speaks in an abrasive manner.

McKeown’s second piece of advice is to protect others from yourself. Candor does not mean disregarding other people’s feelings. If you’re the one giving feedback, it is a strategic misstep to interact too brazenly when you’re just discussing the quality of recent work. Confrontations should be reserved for the worst of behavior, not when letting someone know that more polish is needed.

Exaggerating the point in order to make it, there’s a self-aggrandizing belief that trying to “restrain” the brightest minds in a corporate setting will inevitably cause conflict—you should just get out of the way of their eccentric genius. Wrong. Arrogance and cleverness are far from mutually exclusive. Being a superstar means being able to bring out the best in others as well. Giving and receiving feedback are valuable skills that should be treated, honed, and rewarded as such.

One way teams can better embrace this process is to view feedback in a creative bubble—a “safe zone” where it is only the work that matters.

A Culture that Values Real Talk

Hudl, a sports video software company based in Lincoln, Nebraska, has a system for feedback that they refer to as #RealTalk.

Playing off of the slang “real talk” (curt honesty), the team utilizes the phrase to denote when a conversation has taken a serious turn. It’s a half-joking phrase used to inspire genuine candor among the team:

RealTalk, one of six values read off at the start of each Hudl retreat, plays an important role in the company, from use in hiring to performance reviews to product updates. It’s written in emails, said out loud before feedback is given — “All right, give me the real-talk…” — used in the company’s HipChat room and, of course, mentioned by employees on Twitter.

The phrase lets everyone involved know that calculated discussion about the craft is going down—sharp feedback is imminent, and you shouldn’t take it personally.

Not every company has the type of culture that would benefit from employees adding #RealTalk hashtags to their emails and chat conversations, but the concept itself is fascinating—what essentially has been achieved is a “switch” that lets everyone involved know the discussion is taking a specific turn.

Imagine being in a debate with an employee where one of you is floundering about knowing what to say but not knowing how to say it. Asking for the “real talk” shuts this down and gives you the green-light to be as honest as you need to be.

Leadership could emphasize a similar philosophy throughout the company culture so employees know that when it’s time to talk shop, honesty and straightforward language is the name of the game.

Years ago, I had a college professor make a compelling argument on the nature of getting to the point that has stuck with me ever since:

The calling card of dishonest talk is superfluous language.

When a conversation is honest, it doesn’t need the “sugar on top.” When a point is being made in a roundabout way, fluff becomes a necessity.

Consultant Peter Bregman has an interesting take on putting this idea into practice. He argues that getting to the tough part of a conversation first is a helpful habit that promotes candor. Suspense heightens anxiety and only serves to make the entire interaction worse:

Next time you have a conversation you’re dreading, lead with the part you’re dreading. Get to the conclusion in the first sentence. Cringe fast and cringe early. It’s a simple move that few of us make consistently because it requires emotional courage. At least the first time.

Cringe fast, cringe early, and then refocus the conversation on the solution—not to be demeaning, not to pick the employee apart, but so that the “damage” is done at the outset, and the plans for repair can begin immediately.

Ed Catmull, current president of Pixar Studios and author of Creativity Inc., says that when this sort of culture is achieved among a talented group of people, magic can happen. His team used to refer to the process as their “Brain Trust,” but the goal was the same: to get to a place where one could hear honest, direct feedback about the work.

At that time [while working on Toy Story], we got a few things right. We did have a culture where the artists and the technical people were peers with each other. The other thing we had was something which we called “The Brain Trust.”

We had a certain group of people who were very remarkable at telling stories. And part of being remarkable [was] that they had complete trust in each other. And they were very often what you might call “brutally honest,” except for them they thought of it as “necessarily honest,” and it was always taken that way. It was never a matter of ego or about putting somebody down; it was always about the story.

And therefore you could say something hard and it was taken in the right spirit. Getting that kind of camaraderie in a key group of people is just gold.

This is an environment that the most talented employees will seek out and thrive in. People will always be complex creatures, but teams with a common goal in mind can achieve unparalleled unity and camaraderie when they’re able to bench their egos and make doing better work the supreme objective.