Why Chipotle’s Customer Experience is Trouncing the Competition 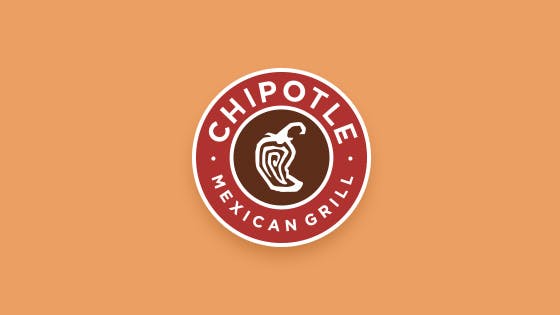 Sorry, Taco Bell. Just about the only thing I love about you these days is your hilarious company Twitter account.

Indeed, the darling of the Mexican fast-food world these days is Chipotle, one of the leaders in the emerging “fast casual” space, and a company that is regularly raved about by customers, investors, and customer experience analysts alike.

Chipotle posted some incredible numbers amidst an economic slump and a noticeable movement towards healthier prepared foods:

How are they able to create such growth and provide the kind of service that gets people talking about a fast food restaurant?

The answer seems to be that the two results aren’t at odds with each other for this company—Chipotle actually owes much of its growth to the dedication they place on having a superior customer experience.

From what I’ve read about the company, there are a few fundamentals that Chipotle readily attributes to its success.

This almost seems surprising to say about any type of “fast” restaurant, but the dialogue that I’ve seen from many business publications is that Chipotle puts an unusual (for it’s industry) amount of effort in recruiting and advancing employees with the social sensitivity and work ethic that forms the company’s backbone.

They have taken what some might refer to as the “Costco approach,” in that they pay closer attention to hiring, training, and promoting employees from within.

Analysts have noted that like Costco, Chipotle’s employees are given the opportunity to actually thrive within the company, increasing incentive to do so. Quartz reported that Chipotle managers can earn $100,000 a year, a direct result of its new restaurateur program that encourages advancement from within:

In 2005, the US company underwent a transformation that would make its culture as distinct as its food. As more than 1,000 stores opened across the US, the company focused on creating a system where promoting managers from within would create a feedback loop of better, more motivated employees. That year, about 20% of the company’s managers had been promoted from within. Last year, nearly 86% of salaried managers and 96% of hourly managers were the result of internal promotions.

Chipotle, by not franchising, also seems to be able to offer better employee advancement, in addition to having more empowered employees. The Motley Fool noted that Chipotle’s structure seems to be much more favorable to employees when compared to companies like Yum! (the conglomerate that owns Taco Bell):

Chipotle has a well-defined and transparent advancement structure that encourages loyalty from part- and full-time employees, thus reducing turnover and training costs.

On the other hand, Taco Bell and parent Yum! Brands rely heavily on franchised operations, which intrinsically hinders advancement. About 86% of Yum!‘s employees are part time. And while there is a small opportunity for advancement, promotions are limited to store-specific management. Employee development isn’t something that Yum! prioritizes.

Yum! can still succeed in the way many disliked brands succeed: size and bottom dollar pricing. Yum! will always get its franchise fee, so their concern for employee (and subsequently, customer) treatment isn’t a priority. How long, though, can companies like this lose ground to Chipotle, which actually does focus on raising the bar for the customer experience?

An Obsession with the Details of Service

The importance of the section above comes down to a single point—when employees are rooting for their company to win and they feel taken care of, magical things can happen.

This magic is evident in the innovations Chipotle has managed to make with its service process, which obviously has a meaningful impact on customer experience.

Look at the ingenious setup Chipotle uses to encourage and set up employees for success in delivering exceptional “wait times,” without making customers feel rushed or unwanted (excerpt from the Loyalty 360 article):

This is eerily similar to another company with top-notch service: Nordstrom. If you recall my coverage of what happens “behind the scenes,” the strategic authority given to employees, and their nearly unfettered ability to take control in a situation, stood out from all of their competitors.

In the end, it is this boring side of service that often makes the most difference—the exceptional cases might get all the press, but it’s the refinement of the process that produces sustainable, company-wide results.

“A lot of people have fancy things to say about customer service, but it’s just a day-in, day-out, ongoing, never-ending, persevering, compassionate kind of activity.” — Chris McCormick, President and CEO of L.L. Bean

This is exactly why we tackle the sometimes “boring” topics of support phrases, tone, and response templates for the day-to-day aspects of support.

Great strides in support aren’t made with hacks; they’re made with small steps and constant, ongoing improvement of the customer interaction process.

Their Brand Is Built from the Inside-Out

Chipotle is absolutely a company that has taken the “inside-out” marketing approach in building awareness—their marketing is entirely based on the narrative of how the company operates differently.

In fact, Chipotle’s main draw arguably isn’t so much what it sells as how it buys: The emphasis is on organic, locally-produced ingredients and meat from “naturally raised” animals. In March, the company became the first U.S. chain to label and push to eliminate its genetically engineered ingredients. That’s why Chipotle has created marketing messages that most fast-food brands would view with horror.

Said marketing message was a video entitled The Scarecrow, which deserves your attention for a single watch. It is rare that you’ll see a restaurant spin their ideals this well.

It’s interesting that a fast food company would take a do-gooder stance, but it seems that the company’s ideals have been met with such a positive reaction, not only because of a shift in consumer priorities (with more emphasis on where their food comes from), but because Chipotle is simply one of the few competitors in this space to commit to such a unique angle at this scale.

This has given the company the ability to operate on a tiny marketing budget—the marketing happens in a “magnetic” sense, by simply doing things the right way, which draws consumers to the company.

What’s surprising is that a restaurant that focuses its branding so heavily on locally sourced food, antibiotic-free meat, and sustainable farming doesn’t already regularly brag about the fruits of its efforts in an official report.

It also illustrates how Chipotle’s marketing, while limited, has been highly effective. Over the last 20 years, consumers have eagerly embraced its message about high-quality food and responsible farming, no reports required. In other words, perhaps Chipotle hasn’t done sustainability reporting because it hasn’t needed to.

In short, the company built a brand around a built-in audience. This fits in with the concept that a customer experience should focus on branding them, not you. Chipotle saw a customer base that had a set of values that wasn’t being reflected by the market; sure, they wanted their food served quickly, but they also cared about where it was coming from, and how it was being prepared. Chipotle stepped in as a brand they could embrace.

Also of note is how the company approaches “points of discussion” for the minor details of the customer experience. One of the best (and most recent) examples is their use of notable quotes from authors on the sides of their cups. Though not an original strategy by any means, take a look at the execution:

The selection here relates back to the sort of customer that Chipotle is trying to attract; perhaps “discerning” is too lofty a word, but this style of promotion is a far cry from what someone like McDonald’s might place on their cups, and for a reason.