Customer loyalty programs can be a gift and a curse. When done well, they can keep customers coming back for repeat purchases, potentially turning a passerby customer into a loyal brand advocate.

When done wrong, however, they can be a huge waste of time and resources, becoming a tiresome burden for customers who have no interest in getting involved with the program.

But everybody loves free stuff, so how can we get these loyalty programs to be perceived as valuable to customers?

In the race to win the loyal customer, you should give them a head start.

What is a customer loyalty program?

A customer loyalty program is any kind of reward system a business offers its customers who make frequent purchases.

You’re probably a member of several rewards programs: your supermarket, credit card, gas station, favorite ice cream shop — whether these programs are online or their punch cards are taking up space in your wallet! — probably all offer you some benefit to buying from them regularly.

The creation of a successful customer loyalty program largely boils down to three important steps:

Nunes and Dreze hypothesized that customer loyalty programs could persuade customers to stick around if they were given a head start.

The researchers gave 300 loyalty cards to customers at a local car wash. All of the customers were told that each time they returned to have their car washed they would be given a stamp on their card. The incentive was a free car wash at the completion of their card.

In truth, two different types of cards were handed out to customers.

With such a similar setup, one might expect very similar results. However, that definitely wasn’t the case: The second group had a nearly double rate of loyalty card completion.

Only 19% of customers in the eight-stamp group (the first group) made enough visits to complete their card. However, 34% of the 10-stamp group (the ones given a head start) came back enough times to finish their loyalty cards.

The difference was that the “head start” loyalty card helped customers mentally frame the completion process; the fact that they didn’t have to start something from scratch played a meaningful role in their motivation to complete the card.

Even artificial progress has an impact on consumer motivation because it gives customers the feeling that they have already surpassed the most challenging aspect — getting started.

Both cards in this car wash program required the same amount of effort by customers. But the mental block of getting started was eliminated in the second card, leaving more customers able to complete it.

The researchers also highlighted other studies in their paper that emphasize the finding that the closer people get to completing a goal, the more effort they exert toward achieving that goal.

The Art of Customer Loyalty

Here’s everything you need to know about building a company customers love. How to implement your customer loyalty program

This research is useful information to know, but how can we go about putting it into practice?

Let’s take a closer look at how to complete the three steps — setting a goal for customers to achieve, deciding what action they will take to progress, and pitching an early advancement in the program as a bonus — with Nunes and Dreze’s research in mind.

To take advantage of “artificial advancement,” there must be a clear-cut goal that customers can look forward to and it has to align with a desire of theirs.

Without a finish line (or multiple finish lines) for customers to cross, they will lose interest. For instance, the car wash study had “a free car wash” as the end-goal for those involved; that was the reward they would be receiving. Many subscription services instead offer price discounts or an upgraded account (such as additional storage or more features) to serve as a desirable goal.

Using your own product as a reward for achieving the stated goal is almost always the right path here. It allows you to avoid losing your shirt from too many expenses. Also, presenting your product as a reward is the perfect way to create enticement, the same way a free car wash (in that example, the product) serves as the reward above.

As our article on gamification discussed, this is the step many companies have the potential to get very wrong. You have to be careful about choosing which behavior you want to reward.

Purchasing more items makes perfect sense for progression and applies widely to many industries, but when some online companies try to force product use as the action they end up creating misaligned motivations with their customers.

To continue with our carwash example, the “action” customers are taking is simply the purchase of an individual car wash. If your product is subscription based, you can get more creative and have a new customer referral be the end-goal, such as how Dropbox rewards their users via their refer a friend program.

This doesn’t hinder their usage of the product and encourages them to promote it to be rewarded, a win-win for both the customer and the business.

Step #3 — Pitch the advancement as a bonus

The important third step that most loyalty programs miss.

Dreze and Nunes found that artificial advancement only had a noticeable effect when there was a clear reason why people were receiving advancement at all.

In other words, artificial advancement doesn’t work as a tactic if you just hand out points for no reason.

But the reason can be quite simple. For example, you could position advancement as a reward for new signups. This works for every customer loyalty program, regardless of the industry. So when new users sign up, a simple message explaining that you’re giving them some bonus points to help get them started is all you need to justify the process.

No matter what you choose to do for advancement, make sure the reason for the bonus is clear. People won’t be swayed by artificial advancement if they don’t know why they’ve received the extra boost forward.

The role of “ego” in loyalty programs

Nunes has done some other interesting studies on customer loyalty. In fact, he discovered that in many instances the reward could be worth nothing and still create the same effect.

According to Nunes, people get excited about amassing points — even if the points have no currency value. To reinforce his findings, Nunes looks to points systems on sites like Reddit:

You can’t exchange these points for real-world goods and services, yet people still spend enormous amounts of time accumulating them just to beat others in a list of top point-getters, or simply to compete with themselves.”

In other words, it’s the competition and the feeling of superiority that is driving the success of many loyalty programs, especially when they aren’t offering a tangible reward.

While this method may work for a social site like Reddit, where the use of the site is the reward because it’s entertaining, how does this apply to small businesses?

Nunes says that loyalty programs “need to be designed to offer differentiated products and services to customers based on their purchasing patterns and profitability.”

That means most customer loyalty programs benefit from having different classes.

You’ve likely seen these classes before: “Gold” members get better deals than the “Silver” class. We are wired to want to maintain our status when we know that we are beating other users. The data from Nunes’ study shows that these premium classes can and do encourage people to spend more.

So if you do decide to implement a long-standing customer loyalty program, be sure to consider your “Platinum” users and how you might differentiate their program to reward their ideal spending on your business. 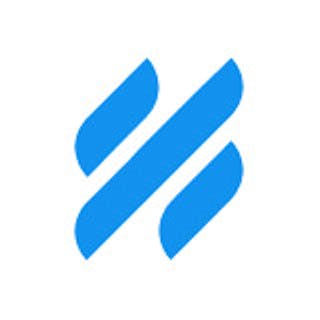