The Value of Doing Things That Scare You 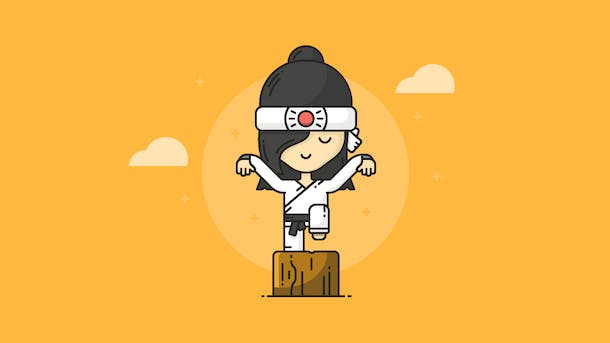 You’re no doubt familiar with the dictum to “do one thing every day that scares you.”

The quotation is often misattributed to Eleanor Roosevelt, who said something far more meaningful (if less meme-able):

“You gain strength, courage and confidence by every experience in which you really stop to look fear in the face. You are able to say to yourself, ‘I have lived through this horror. I can take the next thing that comes along.’ You must do the thing you think you cannot do.”

The directive to “face your fears” is often boiled down to platitudes: Doing scary things helps you grow! The magic happens outside your comfort zone! Well-meaning though the sentiments may be, they’re unhelpful without the why.

And because fear serves a real and important purpose — keeping us out of harm’s way — the directive to frighten ourselves on purpose is fraught.

So what’s the scientific case to be made for doing things that scare you?

Why face your fears?

In When Things Fall Apart, Pema Chödrön tells the story of a young warrior who learns to defeat fear by asking fear itself how it can be done. Fear tells her:

In other words, fear is a bully. It tells you what to do, and when you obey it, it gains power. However, when you acknowledge what fear tells you but do the opposite, you build courage.

That’s in line with Albert Bandura’s oft-cited concept of self-efficacy, which explains how we get either more or less capable depending on prior experiences. People who have performed well in the past tend to believe the same will hold for the future, and they “approach difficult tasks as challenges to be mastered rather than as threats to be avoided”:

Such an efficacious outlook fosters intrinsic interest and deep engrossment in activities. They set themselves challenging goals and maintain strong commitment to them. They heighten and sustain their efforts in the face of failure. They quickly recover their sense of efficacy after failures or setbacks. They attribute failure to insufficient effort or deficient knowledge and skills which are acquirable. They approach threatening situations with assurance that they can exercise control over them. Such an efficacious outlook produces personal accomplishments, reduces stress and lowers vulnerability to depression.

But how can you set yourself up for an “efficacious outlook” to begin with, so the flywheel spins the way you want it to?

Think through the worst-case scenario

“Fear is your friend,” says Tim Ferriss in his TED talk. “Fear is an indicator. Sometimes it shows you what you shouldn’t do. More often than not it shows you exactly what you should do. And the best results that I’ve had in life, the most enjoyable times, have all been from asking a simple question: What’s the worst that can happen?”

It’s an approach long favored by behavioral psychologists. In her 1987 bestseller Feel the Fear and Do It Anyway, Dr. Susan Jeffers recommends you think through the outcome that makes you most afraid, so that you can then consider how you would deal with it were it to happen. Fear doesn’t ever really go away, nor should it. But confronting it is the way to move forward.

“A lot of the need to be productive is the terror of things falling apart.” — Judd Apatow

That may help explain the success of entrepreneurs who practice what Jim Collins calls “productive paranoia” — by planning for the worst that could happen, they’re prepared to weather the storm when it does. Collins dubs these successful leaders “paranoid, neurotic freaks.” Our own CEO, Nick Francis, confesses that because so much of his own identity is wrapped up in Help Scout, raising funds to grow the company was one of the scariest things he’s ever done.

“Raising money is scary because it means you’re responsible for the success of people other than yourself,” Nick says. “As an entrepreneur, it’s energizing to do scary things, but I’m always mindful of the responsibility I have to make others successful.”

“Just as there seems to be an optimal level of stress for growth and learning, a certain amount of fear can lead to high performance. Fear signals there’s something of consequence on the line, a reason to exert effort.”

As a leader, you should be feeling the kind of fear that can lead to exceptional outcomes. “Fear should guide you,” Bill Gates once said. “I consider failure on a regular basis.”

How to face (and overcome) your fears

The most effective, scientific approach to eliminating fear is to systematically expose yourself to the thing that scares you, starting small and building tolerance as you work your way up.

“Exposure is hands down the most successful way to deal with phobias, anxiety disorders, and everyday fears of any sort,” says neuroscientist Philippe Goldin. “Simply repeatedly exposing ourselves to the thing we’re afraid of — ideally in a positive way — gradually brings down the physiologic fear response until it’s gone, or at least manageable.”

“Avoiding danger is no safer in the long run than outright exposure. The fearful are caught as often as the bold.” — Helen Keller

Related: How to Break Your Worst Work Habits

And speaking of doing things that scare you, can I get vulnerable with y’all for a minute? I’m one of the ~19 million people in the U.S. who have an outsized fear response to ordinary stimuli. For most of my life I’ve been so averse to pain that shots, blood draws, ear piercings, and even stories about extreme pain make me faint. My body literally shuts down and goes night-night not only when something hurts, but when I’m thinking about something that hurts.

I’d always thought “well, that’s a bummer, but that’s just the way it is” — until my teammate/good pal Leah suggested it sounded like a vasovagal response. (Shoutout to all the undergrad psych majors, heyyy.) Turns out it’s a diagnosable phobia with a name and the treatment — surprise! — is exposure therapy.

So I’m working my way through it. I’m now able to listen to birth stories without passing out, and my goal is to work my way up to giving blood. Baby steps.

As with stress and other “negative” emotions, a certain amount of fear is healthy, even beneficial. Fear’s insidiousness hides on the the invisible line between what’s healthy and what isn’t.

The challenge is in determining when to listen to fear, and when to ignore it.

That line — and therefore the determination whether to obey our fear or face it down — comes into view when we ask what’s in our best long-term interest.

“Avoidance is the natural response to fear,” says neuroscientist Daniela Schiller, “but it’s not the one that works.” In my case, fear tells me to avoid pain — practical up to a point, until I need a vaccination booster or something that makes me better off in the long run.

“The secret of life is this: When you hear the sound of the cannons, walk toward them.” — Marcel France

The more you listen to fear, the more power you give it. Fortunately, the converse is true — the more you face fear down, the more control you have. Once we understand that, we can systematically expose ourselves to the things that scare us, and in that way, propel ourselves forward.

Unless you’ve reached enlightenment, chances are you have at least a few shortcomings. Why not conquer those too? 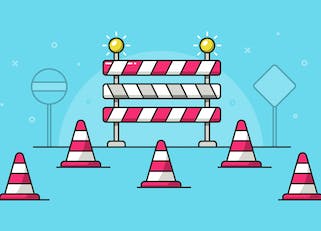