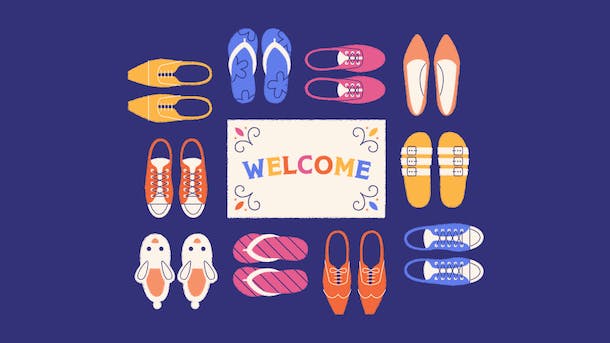 “I observed us using the word ‘crippled’ a few times in various conversations and presentations ... I realize this is a common word used in English to emphasize just how destructive a particular pattern or event can be. However, there are several other words that mean the same thing and don’t compare dire or sub-ideal situations with the physical state of another human.

I would suggest using words like ‘incapacitated,’ ‘hamstrung,’ ‘stifled,’ ‘undermined’ ...

I know several people have been public about trying to remove words like ‘crazy’ and ‘blind spot’ and ‘insane’ from their own speech, and this is awesome. Here’s another one to consider. Thank you.”

She was right. I’ve been working on eliminating oppressive language (like “duh” and “crazy”) from my vocabulary, but “cripple” and its variations isn’t a term I’d been looking out for.

Which is unfortunate, since I’m an editor and looking out for language use is kind of my job.

Megan’s plea made me wonder how many times we’ve inadvertently used ableist terminology in our content. If I have to be reminded that “cripple” isn’t a word we should be throwing around, how many instances in our ~six years of blog backlog have we used similarly careless language?

I decided to audit the blog for ableist and other problematic language. I consulted a few resources and invited the team to contribute to the list. Here are the words we found we’d misused in our content:

This list isn’t comprehensive — any notable absences should be due to those words never having appeared on our site in the first place (but if you do catch any other questionable language on our site, please holler and I will fix it).

Our Growth Lead, Eli Overbey, used Screaming Frog’s SEO tool to crawl our site, and it spat out 72 matches. (Yikes.) Many of these were tropes we leaned on again and again in writing about customer experience over the years: “There are no stupid questions”; “Don’t leave your support team flying blind.”

A global find-and-replace wasn’t an option because:

Making all these updates at once highlighted how reflexively we use a discourse of disability in signifying what is undesirable. So many times I changed “dumb” to synonyms for “bad” or “wrong.”

The work yet to be done

After swapping out or removing those 72 instances, I updated our style guide to clarify what we mean about using inclusive, neutral language:

For good measure, we added language about quoting subject matter experts from underrepresented groups, and soliciting images that showcase different axes of diversity and inclusion outside the standard stock images you’d expect from the average software blog.

On their own, these and other adjustments to our content to make it more inclusive — such as adding captions to videos and aiming for broader representation in our illustration style and customer stories — may seem rather inconsequential. There is certainly more important work to be done from a diversity and inclusion standpoint. We don’t claim to have solved any big problems here: Whether a company blog uses the word “insane” is trivial compared to many (most) other injustices. The majority of readers don’t even notice. But.

In the end, we addressed the issue because it was within our power to do so — in fact, we wondered why we hadn’t done it much earlier.

Swapping out our tools

If you’ve read this far and you’re feeling defensive (“What, I can’t say stupid now?”), I feel you. No one likes their language being policed or tools being removed from our toolkits.

To those folks, I’d say: Take a deep breath. Google it. Read some firsthand accounts from marginalized people who feel further marginalized by the ubiquity of this thoughtless language use, then consider whether your word choices supersede anyone’s feelings of safety and inclusion. Consider that there are almost always neutral synonyms that generally strengthen your communication; practice substituting those words instead. If you run a site, use your backend search to locate language that may be alienating your readers, then correct it. What harm can come of it?

When you insist on using words like “crazy” or “lame” in your speech — or worse, when brands use these words in their marketing copy, which is subject to several layers of internal review — you effectively draw a straight line between people’s physical conditions or mental health issues, and that which is unfortunate and undesirable. It’s 2018. We can all do better.