The Happy Warrior: Research Reveals What Makes a Successful Leader 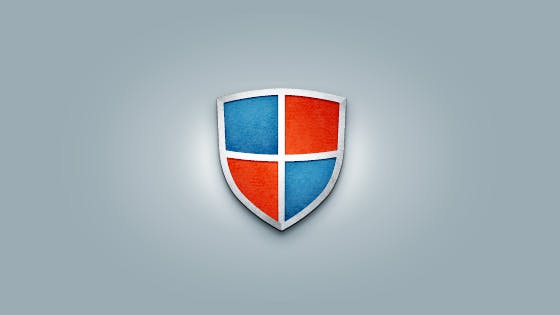 What leadership skills are essential for leading an exceptional team?

It’s a question worth asking, because when you’re in charge of a group of talented individuals, the pressure is on to make sure that they are able to flourish, and that your management guides them without holding them back.

You also have to consider that being a leader isn’t necessarily reserved for managers and C-Level execs—leadership permeates many aspects of our professional lives, and you may be called upon to lead a group when you are simply the person with the most experience.

Given the importance of your ability to lead others, today we’ll be looking at some established research on what it takes to truly inspire, motivate, and manage an exceptional team of people.

Being a Leader Means Being a “Happy Warrior”

“Become the kind of leader that people would follow voluntarily; even if you had no title or position.” — Brian Tracy

The term “happy warrior” is strange to be sure, but the idea (which for leadership, first originated here) is supported by research, which suggests that when it comes to evaluating the people we deem fit to lead, this description is one that works well.

How so? According to this research, the two traits that we evaluate first when gauging others for leadership are warmth and competence. In fact, a recent analysis of multiple behavioral studies published in the Harvard Business Review declares that these two traits are overwhelmingly influential when it comes to evaluating others:

Insights from the field of psychology show that these two dimensions account for more than 90% of the variance in our positive or negative impressions we form of the people around us.

Why are warmth and competence so dominant? The researchers suggest it is because they answer two very important questions we ask ourselves when evaluating someone:

As Harvard associate professor Amy Cuddy notes in her analysis, Machiavelli was wrong, but not totally off—in some sense, it is ideal to be both “feared and loved,” but warmth and trustworthiness are more important. Instead of fear, successful leaders should opt for projecting “competence, strength, and poise.”

But why does warmth matter more, and perhaps more importantly, why does the research above suggest that warmth should come before competence when projecting yourself to your team?

The answer lies understanding how we evaluate potential leaders. According to one finding from the HBR analysis cited above, when over 50,000 leaders were examined, only 27 of them were rated in the bottom quartile in terms of likeability and in the top quartile in terms of leadership effectiveness—in other words, around 1 in 2000 leaders were able to be effective while being disliked. (Bad odds for any leader.)

Conversely, studies on warmth (and how we judge others) show that the best way to lead is really to influence, and that begins with warmth. Warmth, as Amy Cuddy surmises, is the “conduit of influence,” in that it facilitates trust and communication. Perhaps most importantly, it allows leaders to influence people’s internal beliefs and attitudes, instead of just forcing or even controlling their behavior.

People may listen to strength (or fear), but they are willing to follow trust, which is why researchers suggest leading with warmth first.

Harvard professor John Kotter, who frequently writes on the difference between management and leadership, often compares the two as follows:

Both are important, but you should begin with becoming the kind of person people want to follow first.

“My own definition of leadership is this: The capacity and the will to rally men and women to a common purpose and the character which inspires confidence.” General Bernard Law Montgomery

A lot of advice has been given about the kind of esteemed character that makes for a great leader, so now I thought we should look at some established research on the topic.

Psychologist Jeremy Dean has previously written about a psychological study that examines what consistent factors are prevalent in great leaders. In addition, he’s incorporated further lessons from a study on Fortune 1000 companies that were saved by their CEOs. When he examined them together, Dean found the following six traits to be consistent characteristics of great leaders everywhere:

Last but not least, a study from Amyes & Flynn found that the final necessary trait of leaders is the balance that we discussed above: leaders must find a way to balance their assertiveness with their friendly relationships with employees.

Dean has also discussed their findings, which clearly show that assertiveness is best served up in moderation, as it affects:

According to these findings, it is certainly better to be moderately assertive than to not be assertive (a “doormat”), but at a certain point assertiveness begins to have detrimental effects.

The researchers specifically note that overly assertive managers were “socially insufferable” (hated by employees), but that managers who were not assertive were “instrumentally impotent”, in that they couldn’t direct their employees to get things done. This chart from the study posted on Psyblog gives a very abstract sense of where leaders should ideally fall:

Hitting the sweet spot of assertiveness is the best way to maximize social outcomes (employee relationships) and instrumental outcomes (what will get done).

So much of what we call management consists in making it difficult for people to work.”Peter Drucker

Outside of the obvious reasons—such as being incompetent—there are a few more insidious reasons why leaders may fail to live up to expectations. Below I’ll outline some pitfalls that all leaders should look out for.

1. Hierarchies and “decision monopoly.” According to a 2008 study published in American Psychologist, one way that leaders are set up for failure is that companies assume that they should or will have all of the answers. In reality, a great team has knowledge spread throughout. The fact that “the buck stops” with the person in charge often leads to a scenario where the leader monopolizes all of the important decisions.

This leads to frustration among competent employees. Instead, although the final call can and should be made by the person in charge, leaders should recognize that they can use more “participatory strategies” for making important decisions (involving those with domain-specific skills). Instead of stealing the limelight, great leaders can also recognize those who helped them make tough decisions: “James brought some great points to my attention, so I’ve decided that we are going to move forward with Option B.”

2. Inability to build a team. We’ve already discussed how critically important team building is for the success of companies small and large. No surprise, then, that research suggests one of the most important skills for those that lead is to have is the ability to build, manage, and motivate a great team.

The study, which specifically looked at managers, found that anyone who wants to manage a group of professionals needs to be able to do the following:

Nothing entirely unusual, but you’ll hear about this sort of transformation from a lot of entrepreneurs—while they began the business by being a programmer/marketer/etc., they later found that they had to “step away” from individual tasks (the maker-manager transition as Joel from Buffer calls it) and focus more on how to be a better leader for their team.

3. Narcissism. At face value, narcissists have the traits that usually make for an effective leader. With high self-esteem, confidence, and the ability/willingness to display authority, narcissists feel comfortable leading others—they seem to naturally take over leaderless groups.

But as a myriad of unfortunate examples have shown us, egotistical leaders can have disastrous effects on the groups that they manage. In fact, a 2011 study found that one of the worst effects that a narcissistic leader can have on a group is a decrease of information sharing. In other words, narcissists tend to snap up leadership roles because they have an air of confidence that makes it seem like they know what they are doing, but things can quickly begin to fall apart as they restrict the flow of ideas, relying solely on their own opinions to get things done.

4. Alienation. This is a problem most relevant to larger companies, and it is spawned from a mix of issues. On one hand, we all know that people are promoted by those higher up than they are. This causes the “climbing the corporate ladder” alienation that managers and leaders often force on themselves—by only seeking to impress their bosses, leaders can end up alienating themselves from their actual team.

On the other hand, leaders and managers can often become alienated by their position alone. Think about the act of being called into the boss’s office. It generally has negative connotations. This is due to how many employees view “the boss,” and it really falls on the leader to create a sense of welcome that is balanced with a sense of strength (as mentioned above), so that good employees don’t break out in a sweat every time they are told, “The boss needs to see you.”

Remember That There’s a Time and Place for Emotion

I want to share some closing thoughts with you on leadership that many people don’t address.

By dissecting the elements of leadership, it can begin to feel like the “perfect” leader is some sort of calculated robot who times what they say and do perfectly. The truth is, from time to time it’s okay for leaders to get emotional. Regular poise shows that you are in control, but don’t let it get in the way of situations where you need to be blunt and unapologetically honest.

Consider this example from the article cited above:

Not the sort of “outburst” that many articles on leadership would encourage, but being a leader also means being real and showing those you lead that you are truly invested in what you do.

Being either everyone’s friend or a completely un-candid drone isn’t the way to inspire, so remember that it’s okay to put real emotion behind what you do and how you lead.

’Greg is a writer, marketing strategist and alum of Help Scout. Connect with him on Twitter and LinkedIn.’