Mastering the Art of ‘Just Start’ 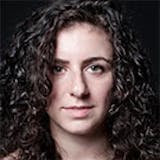 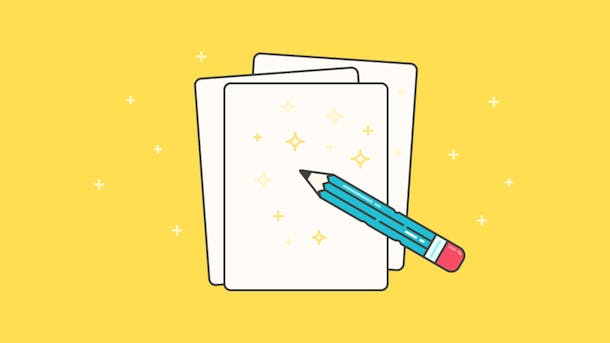 For most of us, there is nothing more daunting than coming face-to-face with a blank page. Sure, a tabula rasa means you can take a project in any direction, but that boundlessness can quickly become overwhelming.

Sitting down to start a task that requires significant mental energy can often feel like the hardest part of the endeavor. But getting started is about understanding and overcoming the obstacles — be they mental, emotional, or physical — that hold us back from diving right in.

“Procrastination is not waiting and it is more than delaying. It is a decision to not act,” psychologist Joseph Ferrari tells the American Psychological Association. “It is very helpful and useful to gather information to make an informed decision, but when one simply continues to gather beyond the point of adequate resources, then they are being indecisive and the waiting is counterproductive.”

So what exactly is holding you back from that initial push to get started and how can you move past the resistance and launch right in? Here’s what research reveals about our clever procrastination-prone brains.

The brain science behind our hesitancy to start

We’re all outfitted with our own unique set of hang-ups. Perfectionism. Time pressure. Impulsivity. Disorganization. Pick your poison. Research in neuropsychology reveals that the root cause of delaying the start of a task doesn’t come down to one specific factor. It’s based on any one of the nine aspects of executive brain functions getting off track.

“Procrastination is increasingly recognized as involving a failure in self-regulation such that procrastinators, relative to non-procrastinators, may have a reduced ability to resist social temptations, pleasurable activities, and immediate rewards when the … benefits of preparation are distant,” write the researchers in their 2012 examination of college students’ study habits.

That means that anything from impulsivity to self-monitoring, planning, activity shifting, task initiation, task monitoring, emotional control, working memory, or orderliness can keep you from getting started on a task. In other words, your challenges with getting started might be altogether different from someone else’s. So while low conscientiousness might be the cause of procrastination for some people, perfectionism could be the culprit for others, say the researchers.

Thinking critically about the root cause of what is holding you back from starting will help you tackle that resistance and begin to overcome it.

Dreaming too big can backfire

Walt Disney famously said, “If you can dream it, you can do it.” But while dreaming big worked for the mastermind behind Mickey Mouse, there was certainly more at work than just a dream. Research has shown over-fantasizing about an idea can hold us back from actually getting started on it.

“The theory goes that if we can picture our future success, then this will motivate us,” writes psychologist Jeremy Dean in his book Making Habits, Breaking Habits. But while Dean acknowledges that positive thinking can be an important motivator, he also says building up what he calls “positive fantasies” about what our future success might look like can backfire:

“The problem with positive fantasies is that they allow us to anticipate success in the here-and-now. However, they don’t alert us to the problems we are likely to face along the way and can leave us with less motivation.”

That’s not to say dreaming big about your end goal is a bad idea. What’s important is how you approach that thinking. “As opposed to fantasizing, a more effective way of visualizing the future is to think about the processes that are involved in reaching a goal, rather than just the end state of achieving it,” Dean says.

Try writing those steps down so you can see them on paper. Break them into manageable actions so you’re not simply floundering with a dream that’s too big to wrap your arms around.

Avoid the trap of busy work

Our brains love busy work. It’s satisfying to get to inbox zero or organize the papers on your desk because you have the immediate and tangible reward of seeing your results right then and there. But often we fill our days with busy work as a way to simply avoid getting started on the work we actually need to be doing.

Rather than rattling off a long to-do list of tasks you need to get done for the day, pinpoint the three most important things you need to focus on, advises productivity coach Michael Bungay Stanier. “It’s not a measure of success to check off forty-seven ‘to-dos’ in a day if you haven’t actually accomplished what matters most,” Stanier writes. “Define the three high-impact actions you want to take each day, and list them as ‘all-day tasks’ on your calendar so you remember what they are.”

When you write down a project that needs starting as an “all-day task,” you'll have the constant reminder of what your top priorities are for the day.

Delay a task long enough, and you can fall into the trap of feeling like it’s simply too late to get started. “What’s the point?” you might ask yourself. “I’m already so behind.” Not so fast. It turns out forgiveness plays an important role in helping us get started on nagging tasks we’ve been avoiding.

Psychologist Tim Pychyl and his research team at Carlton University’s Department of Psychology studied the connection between forgiveness and task initiation by looking at the study patterns of university students. They found that those students who were able to forgive themselves for delaying studying for their first exam were better able to overcome procrastination and start studying sooner for their second exam. The researchers write:

“Forgiving oneself for procrastinating is likely to be an essential step in effecting motivational change.”

None of us are perfect. While you might be tempted to berate yourself for holding off on a project, remember there’s no designated “right” time to start. It’s never too late and, after all, you’re only human. So know your weaknesses, forgive yourself, and just get going.

The Psychology of Color in Marketing and Branding

Color psychology as it relates to consumer behavior is fascinating, nuanced, and frequently misunderstood. 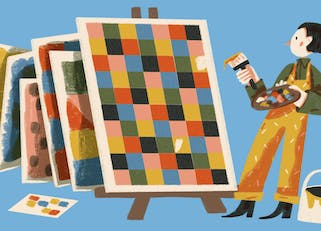