Remote Employees Shouldn’t Be Paid Less Based on Geography 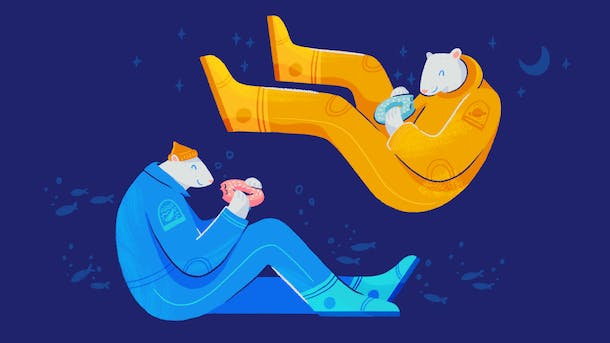 A best practice has emerged among remote companies: variable pay based on the employee’s geographic location. It’s logical, rooted in good intentions, designed for transparency, and optimized for fairness. But regardless of the intention, I believe it’s the wrong approach.

A primer on market rate compensation

Like many remote-first companies, Help Scout employees are paid based on a salary formula that’s transparent to everyone in the company. For several years, the formula included a cost of living variable to determine a “fair market rate.” People who lived in a city with a high cost of living would be paid more, and we used tools like this one from CNN and this one from Numbeo to make the determination.

Our approach was similar to Buffer’s, who has a transparent salary calculator with three simple cost of living options for each role: low, average, and high. Gitlab gets more scientific in the way they think about market rate:

“Location Factor is calculated using multiple data sources to conduct a market analysis of compensation rates globally: Economic Research Institute (ERI), Numbeo, Comptryx, Radford, Robert Half, and Dice. This is not a cost of living analysis, but instead a cost of market evaluation compared to San Francisco.”

Gitlab’s average location factor across all teams is 0.679, which means the average employee compensation is 67.9% of what an employee in San Francisco would be paid. Each division and department in the company has a “target” location factor they are looking to achieve, I’m assuming for budgetary purposes. They go on to say as much elsewhere in their handbook:

“We remain efficient financially if we are hiring globally, working asynchronously, and hiring great people in low-cost regions where we pay market rates.”

These examples are how most remote companies operate, and to repeat, they have the best of intentions and aim to be fair to employees. My goal is not to criticize anyone — it is to ask an honest question: Is this the right approach? Because it doesn’t feel right to me.

I’d like to posit another option, which is also grounded in fairness: Equal pay for equal work. I’m borrowing a phrase typically used to describe the pay gap associated with underrepresented groups, but the same principle applies here.

All of the remote companies mentioned above — Help Scout included — are software companies. In a software business, geography plays no role whatsoever in determining the intrinsic value of the work. Code written in Thailand has the same value as code written in San Francisco; it works the exact same for end users, and it’s just as easy for teammates to read/review.

Remote companies are decidedly, proudly indifferent to geography. We love to say you can work from anywhere — we have no borders, no “market,” and yet market rate remains a compensation factor. It doesn’t add up. Do we care about location or do we not?

Equal pay for equal work solves a couple of challenges with the market rate compensation philosophy:

Over the years at Help Scout, I ran into each of the above challenges several times. I also had to take a pay cut when I moved from Boston to Boulder in 2017. Over time, we got quite a bit of feedback from employees about the geography variable. So in 2018, we updated our salary formula and removed geography as a consideration.

A magical thing happened: Everyone was happy, and everyone thought it was fair.

Why is it fair? Because all work has a fixed value to the business, irrespective of geography. It’s math — we should all know what we can afford to pay an employee to produce a certain type of work. If an employee working from Argentina, Ukraine, or South Africa is making a killing relative to the person delivering the exact same business value from New York City, it’s not the business’ concern — just as what they spend on an apartment is not our concern. I’m paying a price for a job to be done well and the value is the same to me.

It turns out Basecamp, one of the OG remote cultures, offers equal pay for equal work:

“Basecamp pays at the top 10% for our industry at San Francisco salary levels, regardless of where an employee lives. The comparison data is provided by a company called Radford that polls compensation data from all the major companies in our industry and plenty of our smaller peers as well. Because we don’t pay bonuses, we match our base compensation to the base + bonus of our peer group.”

At Help Scout, our formula pays between the top 10-25% depending on the role, but the geographical benchmark is different. We align with the “second tier” markets such as Boston, New York, and Seattle.

As of today, it’s not financially viable for us to compete for talent in the San Francisco/Silicon Valley region, and therein lies the problem. Many remote companies want to have their cake and eat it, too: They want access to talent in the region, but they can’t afford it for everyone, so they introduce a market rate philosophy. Leadership in these companies often live and work in San Francisco, but I wonder if they might feel differently if they were subject to lower pay for the same work. When I moved and took a pay cut, it didn’t feel great.

In my opinion, the market rate philosophy reinforces norms that were meant to be made irrelevant by remote work. We say that remote work has no borders, but the compensation philosophy still ties people to the most expensive geographies if they want to be compensated equitably alongside their peers.

Is it time to reconsider your remote compensation philosophy?

In the years, decades, and generations to come, if remote companies decided to adopt an equal pay for equal work compensation philosophy, the impact would be profound. The 29% of tech talent looking to leave San Francisco could do just that without thinking twice about their job or taking a pay cut. Talented tech workers everywhere else could be compensated solely on the value of their work. And remote work would start shaping the future of globalism to a much greater degree.

As someone who’s passionate about remote work and creating a playbook for future generations of entrepreneurs, I believe remote companies should reconsider their market rate policy. I can’t speak for companies with multiple office “hubs,” but if you are “all-remote” or “remote-first,” it doesn’t seem fair to consider geography as a factor unless the work’s intrinsic value is variable dependent on geography (a Lyft driver, for instance, should be paid based on geography).

Even if the status quo doesn’t change, I’d like to be part of a constructive dialogue about the right way to do this. I’m eager to learn from other people’s perspectives on the topic.