Silence Is a Noxious Gas 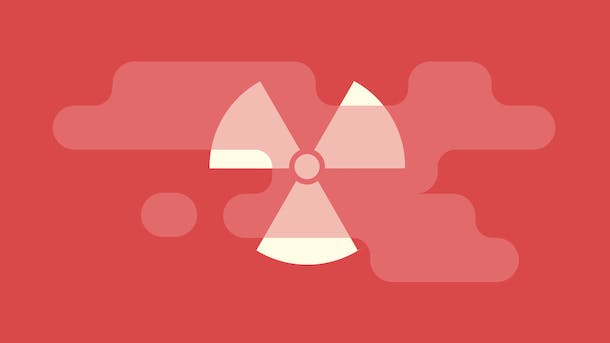 Silence can seep throughout an organization, sabotaging motivation, enthusiasm, and comradery.

If you don’t agree, it’s because you haven’t felt it looming. Silence allows small setbacks to snowball into bigger problems, makes level-headed folks skittish, and causes melancholy and disconnect. For every scenario, the dose makes the poison.

Why is so much at stake with communication? It’s because great teams are composed of passionate people—people who value support for their contributions.

You can never fully appreciate someone’s work unless you’re in the same field. You simply won’t know enough about what they do.

But that’s the reason you love working alongside your team; they can do things that you cannot. The diversity in talent is inspiring, exciting, and humbling. True appreciation is feeling understood and connected.

One relationship where this commonly crops-up is between “operations” and “creative deadlines” (or makers and managers). Silence can create misunderstanding where there shouldn’t be.

In reality, they both want the same thing:

Professional people want to be pushed. Anyone worth working with desires mutual success and wants to see the team succeed. Regardless of your role, appreciation comes from knowing a bit about each others’ struggles and contributions.

You can’t have this connection without communication, and that’s why you shouldn’t let things get too quiet.

I’ve often heard about the frustration engineers feel when asked for a “small change” in a project that is actually huge in scope. Resentment and friction is caused by misunderstanding and poor communication.

On the other hand, great communication leads to a positive dynamic. Both sides feel that their contributions are understood; both sides feel plugged-in and part of the outcome as a whole.

All of a sudden that hard-deadline has immediate context: “Hmm, that’s a tight turnaround and a lot of pressure. And I always sweat the details, but they understand that, and they wouldn’t ask unless they really needed it.”

Mutual understanding lays a strong foundation. There is no need to question intent, and anything left unsaid is assumed positive—all achieved by talking it through.

This is a topic near and dear to me because I could do a better job of it. I value close connections but have a responsibility to make them happen. Here’s what I’m working on:

When you get busy it can feel like to-do lists are just dropping from the sky. But you won’t get people to open-up if you don’t seem receptive. It’s a two-way street, so do your part to speak up.

“How is everything?” isn’t enough; surface-level questions get appropriately shallow responses. Be curious about what people are up against, and show enough interest to check-in. Done well, these conversations are rewarding for both parties.

Giving and getting better context

Being informed means it’s less likely you’ll ever feel left out. But you also give context to other people, and part of communicating well is recognizing the things they might like to know. You’ll get better feedback by giving better feedback.

Remote teams, this one is important. You don’t have a regular spot at the lunch table. The concern isn’t your physical distribution, it’s the psychological distance and effort required to start conversations. Planned talks get put on the schedule, and that’s important for consistency.

But it’s better than the alternative. The silence creates confusion, which causes disconnect, which inevitably leads to friction. Friction with those you respect must be worked out, or it will eventually rear its ugly head through conflict.

You can’t set up a Google Alert to tell you when communication is failing. You can’t ship “more connectedness with my team” in Q2. It’s an ongoing effort and one that will erode quickly if not maintained. Cringe if you have to, but make communication a priority, whatever it takes.