The Surprising Reality of Side Hustles: They're Good for Business 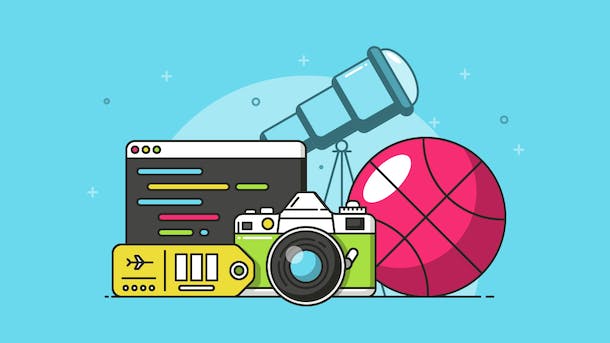 You might assume it’s not in an employer’s best interests to run an article extolling the virtues of side hustles.

Shouldn’t leaders expect their employees to be so committed to their work that they couldn’t conceive of moonlighting elsewhere? Turns out, no: It’s absolutely to your company’s advantage to encourage team members to have fulfilling lives outside of work, regardless of whether that fulfillment costs money or makes it.

We’ve written before about hobbyists being better positioned to make leaps of innovation, and we believe that rich perspectives derived from diversity of experience only make our team stronger.

What is a side hustle anyway?

When you search for “side hustle,” the majority of the results are “How to Make Extra $$$!” clickbait:

Yet these lists don’t capture the full story. They include suggestions such as:

Legitimate ways to make a quick buck, sure, but is that all a side hustle is?

Entrepreneur defines a side hustle as “a way to make some extra cash that allows you flexibility to pursue what you’re most interested in. It can also be your true passion – a chance to delve into fashion, travel or whatever it is you care about the most without quitting your day job.”

Inc. says a side hustle is “not a part-time job as much as it’s something you create, and it’s disproportionately satisfying.”

And in “Millennials Are Obsessed With Side Hustles Because They’re All We’ve Got,” Catherine Baab-Muguira argues that side hustles offer “something worth much more than money: A hedge against feeling stuck and dull and cheated by life.” In the context of the challenging economy young adults have been spit out into during the last 15 years or so, having a side hustle can be a “distraction from your disappointment, a bridge between crass realities and your compelling inner life.”

Not that the concept of monetizing hobbies is anything new. My own baby boomer mother, for example, custom-crafts these whimsical ceramic totems she sells at garden art shows — but it would never occur to her to call that a “side hustle.”

As Baab-Muguira points out, “Millennials didn’t invent the second job, they just branded it.”

Side hustles are a luxury

The soul-nurturing bent is closer to the definition our team collectively arrived at when we polled everyone at Help Scout about their “side hustles” — our mutual interpretation was that a side hustle is a passion project, an extracurricular effort to monetize fulfilling hobbies.

Becca Van Nederynen, Help Scout’s head of People Ops, side hustles as a birth doula — here she is with one-week-old Evelyn, whom she helped deliver. “It’s such an amazing experience to be part of and support,” Becca says.

The overarching sentiment was something like, “Oh, this doesn’t make me much money at the moment; I just like doing it.” Tim helps a local photographer promote his work in exchange for artwork; I play string bass in bluegrass bands; Beenish tutors kids in math; Megan coaches mountain bike and cyclocross clinics.

That is all to say, having a side hustle is a luxury. The term itself conveys a privilege that “moonlighting” or “second job” do not. None of us at Help Scout feel pressure to make a ton of money on our side hustles, which speaks to gainful employment and fair salary and benefits packages. We don’t have what we’d consider second (or third) jobs, and we get to apply lighthearted terminology in describing the monetization of our hobbies because we don’t depend on them to make ends meet.

It’s an important distinction to note — between the sharing-economy side work that helps folks make ends meet, versus passion projects that pay (or might, someday).

If our team members have “side hustles” rather than “second jobs,” we must be doing something right. Were it the other way around, we’d need to take a hard look at our business practices.

Side hustles are good for business

We want to encourage team members’ personal growth outside of work, no matter what form it takes. After all, our own company began as a side hustle — the founders had a design agency while they built Help Scout. And they continue to hustle: CEO Nick Francis, for example, runs a travel blog with his wife. CTO Denny Swindle is experimenting with a line of essential oil skin care products: “It’s completely different from what I do at work,” Denny says, “which is enjoyable.”

“I think it’s a great way for people to learn new skills or technologies, which can later be applied to the business in a positive way,” Nick says. “I learned to use Jekyll while working on the travel blog, and now Jekyll runs our marketing site at Help Scout.”

My own side hustle. Music has always helped me recharge and use my brain in a different way, which has direct and indirect effects on my work.

A few companies, such as as Basecamp and Nestio, even offer learning stipends team members can put toward whatever they choose. “We’ve found that employee fulfillment outside the office makes for a stronger team inside the office,” writes Nestio founder and CEO Caren Maio. The benefit is a clever recruitment tactic, in that it attracts the type of self-starting candidates Nestio is looking for.

While some employers might prefer their workers dedicate 100% of their entrepreneurial energies to the company, innovative companies come out ahead hiring entrepreneurial-minded people who have the drive it takes to hustle on the side. Side-hustling workers tend to be a passionate lot, which in turn impacts their work.

So as long as they’re not designing customer service software on the side, we’re all about whatever side hustles float our teammates’ respective boats.

’Emily is a Help Scout alum. You can find her on Twitter.’