How Restaurant Servers Increased Tips by 23 Percent (Without Changing Service) 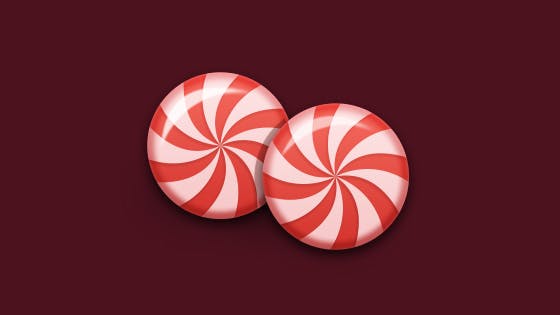 When it comes to customer service, small changes can have a big impact.

One of the most critical periods of the process is the follow-up after purchase: making your customer feel like they’ve made the right choice as soon as they’ve bought from you goes a long way to developing your relationship with them.

In this regard, we have a lot to learn from a service position that you might not expect: restaurant servers.

Not only do they interact directly with the customer, research has found that their “follow up” (post purchase) actions can greatly effect the customer’s perception of their service, and accordingly, the tip that they leave them.

The power of … mints?

Of all the things that servers could do to increase tips, how important would you place giving mints in terms of effectiveness?

It turns out, you and I probably greatly underestimated the psychological process behind mint-giving, as the way (and amount) in which mints were given was shown to increase tip amount by up to 23%.

In a study published in the Journal of Applied Social Psychology, researchers tested the effects that mints had against a control group, where no mints were given, in order to measure their effectiveness in increasing tips.

The results were surprising to say the least.

This last test was where servers saw a 21% increase in tips versus the control group.

At first glance, the last two groups seem very similar: two mints per-person were brought out, and the server mentioned them.

So, what was different?

In the last test, the only difference was that the server brought out the second set of mints after some time had passed, and mentioned that they had done so in case the table would like some more.

Researchers concluded that this “personalization” aspect was what triggered the increased tips.

The post-purchase follow up with genuine concern for the customer (“I thought you might like more mints…”) connected with people more than the additional pieces of candy would imply.

Good to know, because it means that it’s applicable to businesses outside of restaurants.

It was the surprise and the perception of the server’s willingness to follow up post purchase that made customers so happy.

From buyers to brand advocates

That first purchase is especially critical, and the process of creating supporters out of customers doesn’t just end with making a great product.

Given what we know about consumer behavior and the power of following up, what can online businesses do to create a similar kind of customer satisfaction that servers were able to do with mere mints?

Obviously that follow up freebie (chocolate mint or otherwise) works very well, but what kind of follow-up can be offered?

Some of our favorite examples:

The takeaway is that appreciation doesn’t have to be a grand gesture.

The goal is to end the experience on a high note, confirming their purchase as the right decision.

If a simple mint can do this for customers who just paid for a full meal, you can definitely offer some value for free post-purchase, no matter what you’re selling.