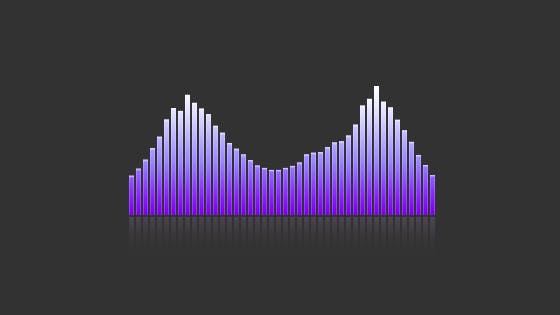 So much of exceptional day-to-day service comes down to tone. “Is there anything else I can do for you?” and “What else do you want?” are, in essence, asking the same thing, but they are wildly different in terms of tone.

Just as in music, if your tone is off, the whole piece falls flat.

True even with email, despite the more measured way you can respond to queries with edits and peer reviews.

Let’s examine a few situations where many fine folks might let an error with tone slip by.

A “Support Test” to Measure Tone

In case you missed our coverage of Disney’s magical methods, their staff found that one question consistently tripped up new hires: when customers would ask, “When is the 3 o’clock parade?”

It seems like a silly question, and it often invited less than stellar responses (“Um, 3 o’clock.”). What they found was that customers often meant something far more reasonable (for instance, what time is the 3 o’clock parade passing here?).

This served as a great test for anyone new to the Disney cast, as it was a common question, but it was also ambiguous and appeared to be a silly thing to ask.

A stellar response would engage the visitor on a number of levels: “Ah, great question! Are you and your mom/dad excited to see Mickey? Awesome! The parade should be by in about 10 minutes, so can I help you find a great spot to stand so you’ll see everything?”

Addressing the child, building excitement, and going the extra mile with offering to find a location was something that would win the Disney Institute over.

Perhaps applying this same strategy might work for you. Can you think of a common customer question that tends to invite confusion or sub-par answers?

The Sliding Spectrum of Tone

I’ve found that with nebulous aspects of communication like tone, it’s more effective to think of things on a spectrum. After all, it’s rare that something like tone is black or white. Conversation can obviously have a lot of subtlety.

Take the examples I gave in the intro: “What else do you want?” vs. “Is there anything else I can do for you?”

One is clearly sliding into bitter sounding territory, while the other feels friendly but still professional, which is where you’ll want to be for a large majority of interactions.

Where Will the Conversation End?

It’s all too easy to accidentally end a conversation on a negative note. The best way to avoid this is to constantly remember the power of positive language.

While the actionable change here may be subtle, the effects are quite drastic.

Let’s say that one of your products is backordered for a month and you need to relay this information to a customer. Consider the following responses:

Directing the conversation away from the negative aspects and focusing instead on the proposed solution helps customers accept the situation and reduces the odds that they will be upset.

Since Help Scout is all about email support, we get to embrace one key advantage—the ability to edit a response before sending it.

For people experienced with support over email, this won’t be necessary for a majority of their emails. Sometimes, however, you’ll find yourself typing a long response, and that is the time to edit like a writer.

Consider the workflow of the response: when you’re pushing 500+ words, it almost needs to be organized like an article.

And when you really start pushing lengthy responses—I know I’ve written a few 1000 word emails to readers—heed some of the best writing advice out there:

“The most valuable of all talents is that of never using two words when one will do.” Thomas Jefferson

Is This a Social Response or an Action Response?

I’ve found that one thing that helps greatly in choosing the right tone is breaking up sections into social responses and action responses.

I want my action responses to be crystal clear, with tone focused on minimizing confusion.

Here’s an example: just the other week I had a really friendly rep explain some things to me about insurance stuff, but while she was explaining the steps I had to take, she kept interjecting with jokes and odd tangents.

Truthfully, I found this endearing and funny when we initially started the conversation, but when it was time to get things done, the “social” response just made things more confusing.

A single email (or conversation) can definitely include both, but when it’s time to explain how to, shift your language to favor clarity over everything else. After the explaining is done, it’s definitely okay to end on a high note with some personality.

Your Inflection Comes Through in Writing

Just as sarcasm can be detected over text, so can many other emotions—and you might not even realize it.

You might find yourself thinking one of the following things, and if you’re not careful, your frustration can lead to the wrong tone:

It’s natural to think these things, but you have to realize that your demeanor can seep into your writing.

Support is a tough job, but one of the toughest parts is bringing your game face during situations where the average person would just let their opinion rip.

When you’ve felt a strong negative emotion, go back and read what you’ve written to see if part of that spilled onto the page—it’ll happen, but you can minimize the chances of it getting out in the world by editing properly.

The Difference with Probing Questions

Tone can often be quite different when you receive a “probing” question from a customer, which is especially common if you’re a young company or a startup.

Some people might contact you just to say “Hey,” or their support request is mostly conversational instead of solution-seeking.

I’ve given a common example that I personally receive: customers sharing appreciation for your blog first. Say a customer initiates a probing conversation with you like this:

Hey guys! Mark here. Found you through your blog. It was the [blank] article, which I really enjoyed. I’m liking what I’m seeing so far.

I had a few questions about your product before I consider making the switch from our old solution. So, for integrations…”

The wrong way to answer here is with a forgettable and cookie cutter response: “Mark, for integrations we offer…”

It’s been confirmed by his initial email that this is mostly a conversational interaction and barely a problem-solving situation. Show him that your team has some people with personality!

Be Wary of a “Reprimanding” Tone

Sometimes a customer might get frustrated if he or she feels you are asking a “silly” question—of course, everything is relative here, and most of the time these questions are just asked to get a better sense of what’s going on.

A great skill to have in support is the ability to read a customer’s experience level.

I ran into a great example last week with a rep who could tell I was a total beginner and explained common acronyms and how procedures would work.

Carolyn from Buffer has explored how tone plays a role here – depending on how you respond, “correcting” a customer can either sound like teaching, or reprimanding:

It almost doesn’t matter how good the news is; if it comes after “actually,” I feel like I was somehow wrong about something.

“Actually” might feel overly corrective, like someone grading your ticket. This is a good example of how to examine your tone to find these sorts of instances.

How Far Should You Go in Adjusting Tone?

A while back, I saw an essay on Medium (wish I still had the link) from a young woman that lambasted the support she received from an online store.

Her complaints were based around the tone of the support agent—she felt that the “girly” style of communicating was blatant pandering and even demeaning.

This brings up an interesting question: how far is too far when trying to appeal to customer in his or her own voice? Should you even bother?

I would say for a majority of interactions, the best route is to simply look at tone on a sliding scale. The sweet spot is almost always “somewhat like your customer” but not a caricature of your customer (you’ve seen how that turns out).

In some instances, I could understand some nuanced changes if your customers are heavily into a specific subculture—could you imagine support for a surf shop not including “dude?” (I’m joking, but you get what I mean.)