Why Support Teams Must Stake a Claim to Revenue 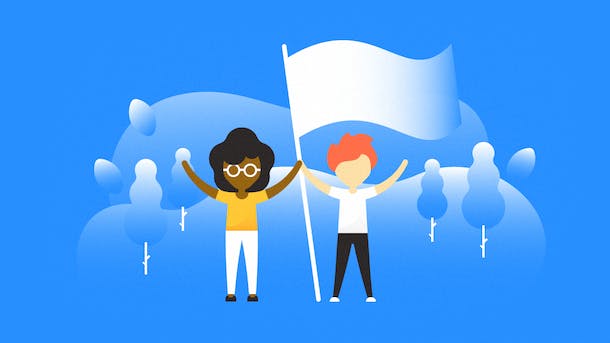 Simon Ouderkirk is a data analyst at Automattic, the company behind WordPress.com. I spoke with Simon about his perspective on the role and value of support in organizations, and how support teams can take bold steps to force their way into more strategic conversations.

He began working at WordPress.com over four years ago on the Happiness team, the umbrella support organization, and earlier this year moved to the marketing team as a data analyst.

The gap between the sale and the value

Simon: There’s a particular type of company right now that is thinking about support in the wrong way, and I mean most companies in the Software as a Service (SaaS) space.

The idea is taking software from this thing that you pay for once and then enjoy forever, to something that you pay a little bit less for, but on a regular basis. Monthly, yearly, sometimes longer depending on the contract. The type of SaaS thinking that needs to change is specifically around customer support.

We need to stop thinking about customer support as a necessary evil.

These companies have call centers, but their call centers aren’t really capable of providing support or hospitality in any meaningful way. They’re simply there because they must exist. They have to have a phone number for you to call, but that phone number doesn’t have to result in any change in your life.

But when we’re selling software and we’re asking people to pay on a monthly or annual basis, along with that comes this different relationship where they expect a higher level of support. For a lot of these pieces of software, especially these new generation web apps, there’s a gap between the product as it exists and the customer’s ability to use it.

SaaS companies in particular lean on customer support and the products they produce like webinars, educational materials, robust documentation forums, and Slack communities to bridge that gap. They operate that last mile of service from where a customer is ready to enjoy the utility of the product and their experience of the product as it is today.

As we acknowledge that this gap exists, we also need to recognize that the value that’s realized should be more meaningfully assigned to customer support. Once we start talking about money, it’s really easy for support folks on the front lines and in leadership positions, to shy away from that conversation. It’s easier to accept this projection of support being a cost center.

There’s a baked-in assumption that support doesn’t make money — that support isn’t in a position to really put their name on revenue. I think that is doing the customer support team a great disservice. When your new customer is incapable of realizing the value in your product without support, then some amount of what they’re paying for that product should be assigned to that support team.

Do you think support teams need to think more broadly about what they’re getting done and the value they are creating?

Simon: We each have a perception of our work in our own best interest. If you are a really empathetic person, you’re going to perceive the parts of your job that require empathy as the most important, or the most impactful, parts.

We almost have an allergy to talking about revenue. This sense of, “Oh, it’s dirty to discuss the financial impact that our work has.” I think a lot of folks have a negative feeling when it comes to this idea of “the mighty dollar.”

The mighty dollar has to be what we gravitate toward, but I think there’s a middle ground. If you genuinely believe that your product — your company — is providing value and is making people’s lives better, the reason that the company continues to exist is that it’s generating revenue. Even if your long game is to introduce as many people as possible to this product so that it will make their lives better, the only way you’re going to accomplish that is if you internalize the necessity of continued revenue.

Do you see any danger in support teams measuring their impact in order to lay claim to revenue?

Simon: Once you start to get into this revenue-driven mindset, it’s really easy to mistake the metric for the reality. You see this a lot in support organizations where the metric that they use is mistaken for the truth itself.

What is the big, philosophical goal of having a customer support organization? Let’s assume best intent here and say the product working well is going to make customers happy, and interacting with friendly, thoughtful, knowledgeable, product-expert staff will also make them happy.

That’s the big picture idea, but you can’t measure it, because it doesn’t fit in a cell on a spreadsheet. Instead, we have to find other things that point to that outcome.

That becomes a column on our spreadsheet. But as you build out your columns, what ends up happening is the content of those columns begins to replace the idea of making people happy.

When you forget about the goal of customer support, the indicators of that goal become the goals themselves.

We must always remember that metrics are necessarily reductive, and they’re abstracting away from the truth that we want. If we have enough metrics to perfectly explain the situation, they’re going to be so numerous and so complicated that they’re going to be totally worthless.

So support organizations can end up being treated as machines that make certain numbers go up or down?

Simon: That’s exactly right. Folks whose performance is being measured should have a voice in what those measurements are and the stuff behind them, because they’re all fragil and subject to human assumptions - both in the initial construction of the metric and in the eventual interpretation of what it says.

If you have no hand in the input or the output, you’re going to be unhappy. That’s why the agency that comes from owning revenue is really important, both philosophically and professionally, for the success of customer support organizations in progressive SaaS businesses.

You propose that support teams go big in staking a claim to their company’s revenue — can you elaborate on that?

Simon: I will warn you ahead of time, this is a red herring. My suggestion is not going to be taken seriously. Most importantly, this is going to start a conversation that is going to change the way your work is done and the way your team is perceived and respected within the business.

Here’s what you do. You figure out how much money your customers spend after their initial purchase. That might be cross sells, up sells, or annual renewals.

“We’re a SaaS company. We rely on customers buying a little bit more and sticking around over time. Both of those are accomplished by the support organization and the work that we do.”

I don’t think anyone is going to look at you and say, “Yeah, you’re right. That’s yours. That’s a line item that you can claim. But it will change the conversation from, “Is support a cost center?” to “How much money is support generating for us?”

That is a fundamental hinge that is going to make all the difference in how your team is treated, if you play it in a canny way. Back up your arguments with financially-driven data that can easily be tied back to the behavior of you and your team.

So it’s more a way to break into a new conversation than about the specific revenue number?

Simon: That’s the whole point of it. It’s an intentional overreach into a territory that, for most support folks, is going to be pretty unexplored. But once the conversation has started, you’re essentially saying, “I’m not a zero. There is revenue being generated here, and here is the maximum possible amount it could be. If you don’t think it’s that much, tell me why. Present your case, and we’ll talk about it.”

This is likely to be a challenging conversation for a lot of support leaders. How should they go about preparing for that challenge?

Simon: My best advice would be to find your ally. There’s somebody that you know, that you’re familiar with, who is sympathetic to this kind of thing. You need to lean on that person. You need to leverage them.

At Automattic we’re lucky, in the sense that all of that stuff is transparent within the company, so if you wanted to know where the revenue was coming from, it would be relatively trivial to find out.

If you don’t have any allies or you’re otherwise disinclined to leverage those relationships, often finance people are really excited to talk about finance.

You don’t need to cloak it. Saying something like, “Well, I’m trying to better quantify the financial impact that the support organization has on our business” is fine. That’s allowed, to be interested in the impact of your own work, and I think parsing it in that way, discussing it in terms of an ongoing investigation, might be a way for people to ease into that conversation. For most organizations and for most people, I don’t think being confrontational about it is the right move.

Being patient, building those relationships, and developing your own understanding of the situation are important to the success of this conversation.

How certain should your analysis be before you start the conversation?

Simon: Everyone is just taking their best educated guess, especially when they’re pitching. When you’re trying to get more of something, you’re going to choose the guess that presents you in the best light, or in the least bad light, depending on how your quarter went, right?

It pains me to admit it, but at some level, some stuff is going to be a gut feeling. That is also true of virtually all of the metrics and statistics that you see. We aren’t cleaving reality at its joints with our AB test.

Everything that we do, in some way, is based on a guess or an assumption or a gut feeling.

I think that may be the biggest takeaway from this broader proposal: When you dive into this arena as a support organization, you aren’t going into a battle of numbers armed with just a squishy bean bag. You’re going into this arena of words and thoughts and intuition.

Everyone has their own particular representation. But none of them are capital-T “True”, right? Knowing that ambiguity, intuition, and gut are all tied up in whatever everybody else is doing makes it a lot easier to be a little uncertain and to go forward with something that you know isn’t 100%, capital-T “True”, because, not to be a nihilist about it, but nothing is right.

Simon says ‘There is no objective reality’?

Simon: Well, I don’t know if I’m ready for that one, but there’s no objective return on ad spend. Maybe there is a platonic idea of it, but we don’t have it. Nobody has access to it.

Could you share some final advice to someone who wants to try this but doesn’t have a data analysis background?

Simon: My best piece of advice is to see what’s already available to you. In most companies, the financial organization or the marketing organization is reporting already.