How to Sabotage Any Meeting 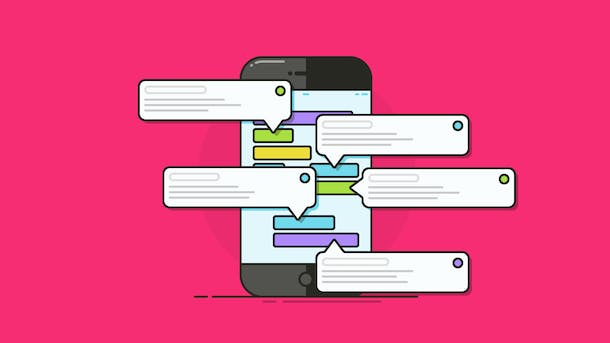 Tallying working hours wasted in meetings is a sad affair. Over the course of a typical career most of us end up suffering through far more bad meetings than good ones.

Since joining Help Scout my expectations for meetings have greatly improved, but even time here hasn’t been enough to raise my lifelong average out of the red. I, like you, am more familiar with the telltale signs of lousy meetings than those ably run.

Fortunately, I’ve at least gained enough experience to spot when a meeting is going awry. Here’s a shortlist of well‐intentioned ways you may accidentally derail your next meeting.

Invite more people than you need

First up: stuffing your teammates clown car style into the conference room or Google Hangout of your choice.

Like all of these examples, this mistake comes from a good place. We’ve bought the idea that two heads are better than one, so surely additional brainpower will lead to better, more diverse brainstorming.

True to a point, but there’s a cap. I’ve never sat in a productive meeting that violated Jeff Bezos’ two-pizza rule, itself made to guard meeting size at Amazon. There is established and convincing literature that shows decision-making effectiveness sharply declines when the number of attendees grows into double-digit territory.

I can think of three reasons why:

A common culprit here is the unwillingness to send a delegate instead of the whole team. You’ve heard the joke about surviving another meeting that could’ve been an email, right? A delegate saves time in a similar way, by relaying what was discussed back to those who didn’t need to be there.

Do synthesis work at the meeting

Meetings are obviously useful for making decisions or planning projects. But as a counterpoint, every copywriter will tell you the worst material is produced by committee; groups are better at piecing things together than they are at creating the individual pieces. It’s the same reason why writers carefully listen to feedback but frequently ignore the suggested fix.

Even so, I’ve made this mistake many a time. All of that “deciding” is encouraging, and it seems only natural that “doing” should follow suit right then and there.

I’ve learned the hard way that while meetings are useful for outlining what can be done, they’re god-awful for putting paint on the canvas. Feedback becomes relevant when The Thing has taken shape—even if it’s just a fragment of the final result.

Collaboration has its limits. Use meetings to chart the course, to get visceral reactions along the way, and to push past the finish line. Don’t use them to synthesize on the spot. Create alone, decide together.

Nobody likes being a rule-monger. You feel like the curmudgeon of cooperation, the nanny who’s sent to oversee all the unruly children.

On top of that, most of us enjoy our colleagues’ company, so it’s easy to let meetings get too informal. A relaxed mood can quickly turn into “carefree,” which then turns into “careless.” And when meetings aren’t treated with care, a whole host of problems arise:

All of the above lead to frustrating meetings that never follow their stated agenda and rarely achieve their desired outcome.

On the other hand, when meetings are treated with a deserved seriousness, everyone shows up ready to make the most of them. To keep people honest, you can end with a “closing round,” which consists of short, uninterrupted feedback on how the discussion went.

It seems like strange advice to proffer in a piece on meetings, but it’s true. Meetings aren’t about finding agreement, they’re about finding alignment—there’s a sincere difference between the two.

Alignment means you can have reservations and even doubt, but you’re choosing to commit to and facilitate the final decisions made. Alignment is always necessary; agreement is not.

You’ll laugh, but I’ve born witness to Wile E. Coyote-level stubbornness from people who couldn’t let go without capitulation from the other side. This is where the meeting facilitator becomes especially valuable. They ensure opinions are heard, they give earnest acknowledgement to concerns raised, then they make the call and move everyone forward.

Meetings are the workplace punching bag. We take shots at them when we’re frustrated by the prismatic prison that is our busy calendar (I prefer to stamp meetings with fun and festive hues like “Time Suck” blue and “Where Did It All Go Wrong” red).

More seriously, meetings are the small tax we pay for not being psychic.

We could use less of them, but we’ll never be rid of them. Unless humanity decides the whole “hivemind” thing sounds pretty good after all, we’ll always need to convene in order to communicate, collaborate, brainstorm, present, debate, and collectively build on our ideas. Meetings are good for that, so it’s best we make the most of them.