When Being Nice Isn’t Being Kind 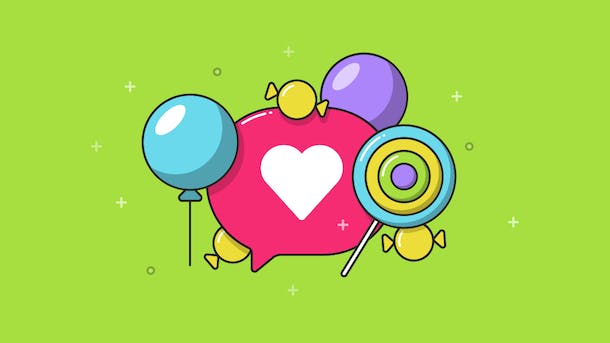 ‘Just be nice’ is emotionally resonant but nutritionally shallow advice, paying no mind to the complexity of candor.

Does respecting someone’s work mean being honest enough to say hard things? Is staying silent when standards aren’t met a selfish gesture, not a caring one? Is motivating someone through stress actually kind in the long run?

The perils of politeness

Mental shortcuts, like assuming there is a clear right and wrong in any given situation, are tempting because they promise us concrete answers with minimal effort. Perhaps this is why “niceness” has become sloganized. “Don’t be a jerk!” cries the Internet. Sure, but don’t be a doormat either.

If we aren’t careful, this simplistic thinking can confuse what it means to be nice with what it means to be kind. The end result is that “niceness” becomes a black-and-white trait with no nuance, one that more readily resembles politeness than the spectrum of ways to make a kind, thoughtful gesture to a peer or colleague.

In my mind, nothing represents this misguided pursuit of niceness better than the compliment sandwich.

Recipe: take some honest feedback and sandwich it in between two compliments. This brown bag psychology implies any sort of critical feedback requires double the praise to make up for it, even if you have to reach.

You’re left making a dangerous assumption: that critique and criticism are inherently unkind. Operating with this mindset creates an unhealthy expectation for “conversational fluff.” People start tip-toeing around each other and resort to using undecipherable soft language that’s sole purpose is to ward off conflict and protect feelings. The truth inevitably becomes buried under a pile of pleasantries.

Soon enough you’ll be stuffed on compliment sandwiches and starving for some honesty.

A smarter approach is to have a built-in good faith clause—to always interpret feedback and judgment from your team as coming from a good place.

This isn’t to say working together requires pre-emptive pardons for reckless insensitivity. Being honest doesn’t mean being a brute. But you’re better off accepting that a little friction is bound to happen. Friction in small doses is perfectly fine; it’s the only way to make sparks fly.

At Help Scout, we have an unofficial principle built around this idea called Assumed Benevolence. Consider it a modern twist to Hanlon’s razor:

Born from the reality that remote cultures rely on text and text is easily misinterpreted, it also applies to co-located teams. With benevolence assumed, you’re free to share the unblemished truth. No need for defensive language; everyone should already be assuming positive intent. When you comment, “This hasn’t hit our standards yet,” I know you think I can make it great.

Here are a couple of side benefits we’ve personally seen:

More speaking out for quality. When you work with people who know what they’re doing, it can be intimidating to challenge the Subject Matter Expert. Truth is, quality control is everyone’s job. We’ve seen cross-discipline challenges lead to better results, and now they happen more often, all due to one internal assumption: we’re trying to make this thing the best it can be, regardless of everyone’s roles. Fighting to make it right > being polite.

More speed, reduced confusion. Earlier this year the marketing team found itself with too many project cards containing comments like, “Can you please take a look at this?” What a polite way to ask! One problem: no hard edges or due date means it’s going to slip to the bottom of someone’s list. We now skip the circular talk and insist on keeping it short and sweet: “I need this by EOD, thanks!” If you can’t make it happen, reply honestly; assumed benevolence goes both ways.

The web is littered with personal essays on “that one time I had the wind taken out of my sails and was better for it.” We already know this stuff. We know frustratingly high expectations come paired with similarly high beliefs in our talent. We know radical candor can actually be a positive form of pressure—a “good weight” for us to carry.

But we seem to hesitate when it comes time to give good weight.

I more than sympathize; I actively make this mistake all the time. Reasons abound to just do the polite thing. Let the high fives ring and the good times roll, right? I often need to reflect on what “kind” really means, and how avoiding tension isn’t always to someone’s benefit.

There’s no catch-all solution for the tangled mess of emotions inherent in giving hard feedback. But it’s better to strike at the core of the problem—the intent we assume—rather than take a duct tape approach by using insincere courtesies to patch up any misunderstandings.

Stick to assuming benevolence; when working with great people, you’ll rarely be wrong.