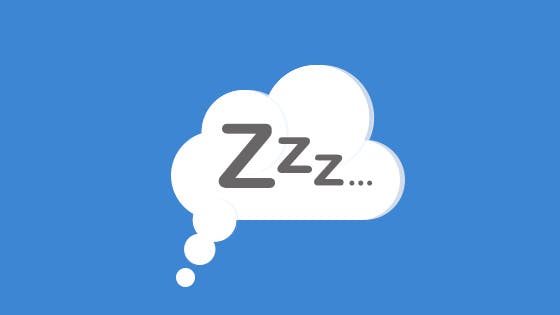 People have little interest in purchasing a bed. What they want is a good night’s sleep.

Founders and marketers must go beyond selling products; they have to sell what their product will allow customers to do.

If they don’t, you know they’re inexperienced. Take a look at this quote from investor Dina Routhier:

“The most common thing that pegs an entrepreneur as an amateur is when they come in and immediately start talking about their amazing new technology, and forget to start the discussion with, “What big problem in the market am I trying to solve?” If they don’t start with the problem, then I know they are green.”

Let’s look at some examples of how benefits help sell products.

As an armchair observer, it’s all too easy to scoff at over-the-top late night infomercials. Yet, these ads are making sales.

In fact, the infomercial industry is still growing. It’s even gone on to eclipse the TV industry itself:

Collectively, the U.S. market for infomercial products stood at $170 billion in 2009 and could exceed $250 billion by 2015. In fact, with the worth of the entire U.S. network and cable industry estimated at $97 billion as of 2013, DRTV [direct response television] is much bigger than TV itself.

Why bring this up? If there is anything that infomercials are good at, it’s selling benefits. For one, they understand that people can be coaxed, not driven.

Claude C. Hopkins once said, “Prevention is not a popular subject, however much it should be.” It is far easier to sell around existing desires than it is to create desire.

Infomercials might all sound the same, but they work because they sell solutions that are perpetually in demand. Most successful tech startups take a problem that already exists/has always existed, and make their solution easier, faster, cheaper, or more accessible.

There’s also the effective use of selling a system. “30 pounds in 30 days” is appealing because you know what you’re getting. Magic diet pills use this dishonestly, but with legitimate workout programs like P90X, the language is the same. Nobody actually wants to buy a workout program, they want abs and better conditioning in a reasonable time-frame.

What’s in it for me?

Let’s step away from infomercials, lest we gaze long into the abyss.

Apple understood the appeal of outcomes when they released the first iPod. MP3 players were nothing new, and the technology trounced CDs. The problem was marketing; the right pitch hadn’t been made to explain just how much better customers’ lives were going to be once they owned an iPod.

How do you think Apple decided to frame the magic of the iPod? Around its technical prowess, or what customers could do with it?

The message was persuasive because, in the words of Seth Godin, it was all about “Me, me, me. My favorite person: me.” Gigs of data have nothing to do with me, but a pocket full of my favorite songs certainly does.

The irony is that those who most often admire Apple and Jobs—those in the startup community—tend to have the biggest problem with selling. Many a HackerNews thread is filled with vitriolic commenters who insist that he who lists the most compelling technical features wins.

This has become such a problem that Justin Jackson recently wrote a very popular article reminding software developers that they aren’t “normal” in relation to their customers:

Increasing the technical challenge while creating a product does not increase the chance for more sales. This surprises us. We get an idea for a thing, think about the technology we’d use to build it, and get excited.

“I could build this on the Twilio API!” “I could learn that new CSS framework!” “I could use this new tool I just purchased!”

The problem is that all of this is focused on us, the creator, and not on the customer, the consumer.

There’s a natural inclination for craftsman to want to talk about the craft.

But remember, customers generally won’t care about the cogs that make your product turn.

A better version of you

Samuel Hulick has argued that people don’t buy products, they buy better versions of themselves. As Jason Fried noted:

“Here’s what our product can do” and “Here’s what you can do with our product” sound similar, but they are completely different approaches.” Jason Fried

As with many aspects of marketing, it all comes back to having a compelling proposition of value. This is what many miss, and it’s why you’ll see ill-informed comments like this crop up from time to time:

“I’m one of those developers who thinks that marketing in general is ‘scummy’… I’m willing to acknowledge that there can exist marketing that is not scummy but it’s hard for me to think of real world examples… I love building things that people enjoy using but I hate sales and marketing.”

Apparently, you’re supposed to sit in your basement and build things without ever trying to sell them to the people who need them the most.

Take a look at the homepage of a great company like Bidsketch:

It reads an awful lot like the benefit-selling we’ve discussed throughout this article, but to my knowledge, you won’t find founder Ruben Gamez on late night TV exclaiming, ”But wait, there’s more!”

The “selling” here is beneficial to me as a customer: I find out what you provide and what I can do with it without being forced to slog through details I don’t need.

As an example of what not to do, I once came across a SaaS app (that wasn’t made for developers) that stated in their sub-heading, “Proudly made with Ruby on Rails.”

“What’s Ruby on Rails, a level from Mario Kart?” Ninety-nine percent of customers won’t know and simply won’t care. It’s like shoving the schematics in their face before they even have a chance to decide, “Is this what I need?”

Kudos to many bootstrapped companies, who tend to deeply understand the value of selling benefits (perhaps because they actually have to make money).

Freckle doesn’t even mention the word “software” before you’re reminded of your biggest problem when using time-tracking apps.

SerpIQ knows prospects will say yes to their question. Once the benefits are clear, they learn about how and why it’s a faster and more accurate tool.

Obviously, letting features “tell” still matters a great deal—once you’ve sold a prospect on what you can do for them, the details ease their decision-making.

Take buying a car; what you need is a car spacious and safe enough for your family, but when it comes down to a split decision, you might select the one with the heated leather seats. Until the benefits are obvious, stuff like this is just eye-candy.

Features can often connect the dots and put the benefits into a greater context. There are two important ways they do this:

My personal persuasion hero, Claude Hopkins, has a useful tactic on how to correctly frame features and benefits:

There is one simple and right way to answer many advertising questions. Ask yourself, “Would this help a salesman sell the goods? Would it help me sell them if I met the buyer in person?”

Would you, making a sale in person, talk about the titanium frame or the nickel-cadmium alloy mix of your brake pads before addressing the benefits to a customer?

Remember that by not selling on benefits, you’re doing a disservice to customers. Give them what they want by showing them why your product is that “one thing” they’ve been searching for.

Last but certainly not least, be wary of selling ”fake benefits,” or completely hiding away your features, especially when appealing to a highly technical or business audience. Features matter, and are an essential complement to the solution selling that gets prospects interested in the first place.