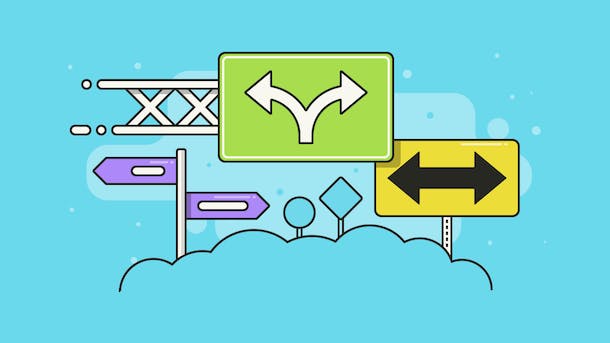 Smart, rational decision-making isn’t an innate gift; rather, it’s an art, a process of weighing inputs such as data and risk on one hand and emotions like fear and uncertainty on the other. When you don’t consciously choose your decisions, they’ll be made for you by circumstance.

Whether you’re a business leader, a team lead, or even on the ground floor at your company, it’s important to return to the foundational pillars that drive decision-making and hone our understanding of them. Here are three that are worth revisiting.

Psychologists Daniel Kahneman and Amos Tversky wrote an insightful paper on this topic, called The Framing of Decisions and the Psychology of Choice. They share an example of how our minds create frames around a problem and how these frames ultimately dictate what we do.

For the first problem, they asked participants to imagine a deadly disease that is expected to kill 600 people. Two programs are created to combat the disease. Assuming that the scientific consequences of the programs are similar, they asked participants to choose which one they would adopt. The percentages reflect the number of people in the study that chose each option:

The popular choice in this problem is framed around mitigating the risk. Of course it’s a far more promising guarantee to save 200 lives than to have a statistical probability of saving one-in-three.

But Kahneman and Tversky gave a second group of respondents a different formulation for this program:

Kahneman and Tversky go on to explain the reasoning behind the choices made according to the frames given:

The majority choice in problem 2 is risk taking: the certain death of 400 people is less acceptable than the two-in-three chance that 600 will die. The preferences in problems 1 and 2 illustrate a common pattern: choices involving gains are often risk averse and choices involving losses are often risk taking. However, it is easy to see that the two problems are effectively identical. The only difference between them is that the outcomes are described in problem 1 by the number of lives saved and in problem 2 by the number of lives lost. The change is accompanied by a pronounced shift from risk aversion to risk taking. We have observed this reversal in several groups of respondents, including university faculty and physicians. Inconsistent responses to problems 1 and 2 arise from the conjunction of a framing effect with contradictory attitudes toward risks involving gains and losses.

This framing is everything.

When we tell people to think outside the box, what we’re really telling them is to rearrange the frames that were placed around the problem. These frames allow us to focus on the options that we’ve given ourselves, but the downfall is that we only focus on these options rather than considering the ones we haven’t.

For an idea to have a fighting chance, it needs breathing room, and that may require breaking apart the frames that were originally placed.

2. Be Aware of Comparisons

As much as we tell others and ourselves not to do it, we are helpless to it—we compare everything. The need to compare is primal, and it determines the value that we seek.

Dan Ariely, professor of psychology and behavioral economics at Duke University, explains this in the beginning of his book, Predictably Irrational:

Let me start with a fundamental observation: most people don’t know what they want unless they see it in context. We don’t know what kind of racing bike we want—until we see a champ in the Tour de France ratcheting the gears on a particular model. We don’t know what kind of speaker system we like—until we hear a set of speakers that sounds better than the previous one. We don’t even know what we want to do with our lives—until we find a relative or a friend who is doing just what we think we should be doing. Everything is relative, and that’s the point. Like an airplane pilot landing in the dark, we want runway lights on either side of us, guiding us to the place where we can touch down our wheels.

To show the power of comparison, Ariely, who taught at MIT from 1998 to 2008, gave his MIT students three choices for a subscription to The Economist, with the results of students in brackets.

It’s not surprising that no one chose “Print only” if another option had double the value at the same price. He reran the study but took the “Print only” option out. The results?

Ariely sums it up by admonishing that relativity is the lens through which we view the world, and it’s everywhere. There’s one aspect, however, that trips us up. “We not only tend to compare things with one another but also tend to focus on comparing things that are easily comparable—and avoid comparing things that cannot be compared easily.”

The challenge is to use comparisons wisely, being aware of the kind of comparisons being made and nailing down the specific value that’s sought.

3. Know When to Trust Your Gut

Let’s say you’re about to interview a job candidate. As you see him settle into his chair, you immediately feel as though something is off. His résumé is great, and the rest of your team has positive feedback. You know you have to be objective, so you try to forget about it. You smile and keep asking questions, trying to silence your biases. But you feel it in your gut—he’s just not a good fit. You share feedback with your team and everyone decides that, while this person is experienced and smart, he isn’t a good addition to the team. You knew it all along, but you’re glad that others agree with you.

If you’re in the habit of making decisions based on your intuition and it’s working for you, you’re certainly lucky and possess a predisposition that’s unique. It’s helpful for people and teams to challenge their intuitive decisions.

Expert intuition strikes us as magical, but it is not. Indeed, each of us performs feats of intuitive expertise many times each day. Most of us are pitch-perfect in detecting anger in the first word of a telephone call, recognize as we enter a room that we were the subject of the conversation, and quickly react to subtle signs that the driver of the car in the next lane is dangerous. . . . The psychology of accurate intuition involves no magic. Perhaps the best short statement of it is by the great Herbert Simon, who studied chess masters and showed that after thousands of hours of practice they come to see the pieces on the board differently from the rest of us. You can feel Simon’s impatience with the mythologizing of expert intuition when he writes: “The situation has provided a cue; this cue has given the expert access to information stored in memory, and the information provides the answer. Intuition is nothing more and nothing less than recognition.

On the flip side, it’s difficult to challenge and doubt someone’s expert intuition. All those years and experiences influence the recognition of cues that are being sent. People with sharp intuition are a rare bunch, but it doesn’t make them immune to being wrong.

If you’re in the city and you get a bad feeling about the person you’re talking to, you don’t need a second opinion to justify walking away. Intuition in these situations is helpful and doesn’t always merit a second perspective. But when it comes to hiring or making company-wide decisions that have more impact, it’s worth challenging intuition, gathering differing perspectives, and reaching a consensus.

Organizations can truly benefit by looking at the process of decision-making as a team sport. Hone these three steps to equip yourself to make better decisions, but also know when to call for backup or the input of others. The change you seek to create for your customers is rooted in the decisions you make day after day.