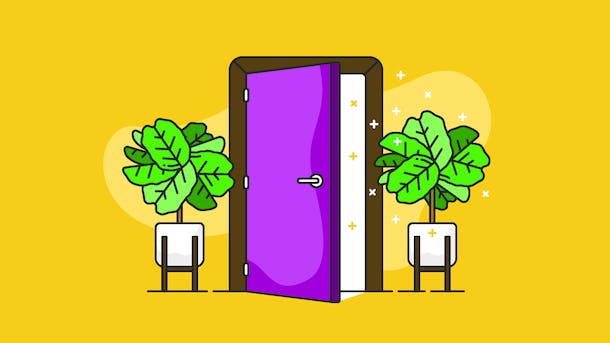 Experiential marketing is a promotional strategy that involves creating an interactive experience to get customers talking about your product.

We’ll explore these and several other case studies shortly, but you’ll notice one thing many experiential marketing campaigns have in common: They rely heavily on creativity to not only capture attention, but to motivate people to experiment with and refer your products to others.

It’s a unique take on attracting customers, as costs can be variable, but are usually high in time spent — experiential marketing is a guerilla tactic at heart, and it relies more on thinking outside the box than shelling out the kind of money that’s required for traditional advertising.

In one novel case of allowing customers to see it for themselves, the European sporting equipment company Globetrotter lets shoppers step into a rain chamber that douses them with water and simulates storm-grade winds. This is all while wearing Globetrotter equipment, of course.

If that weren’t enough, many stores also have a freeze chamber where temperatures can drop to -30C, with an additional wind chill for good measure.

The outlandish nature of these experiential marketing “stunts” has come under fire from onlookers, but fans of the store have expressed their opinion that testing the heavy-duty (and often very expensive) sportswear in simulated conditions matters:

It might seem gimmicky or wasteful at first, but once having had the pleasure of working for a couple days counting fish in a -18F walk-in freezer, I can tell you that having the right gear matters.

Not only does Globetrotter benefit from the natural word of mouth as onlookers “ooh” and “aah,” but prospective customers get to wear their gear in action right in the store, making the experience much more valuable than just a marketing gimmick.

Travelers at their departure airport told a real-time Santa Claus what they wanted for Christmas, and were greeted at their destination with their hearts’ desires — everything from large-screen TVs to socks and underwear (ouch, maybe that traveler should have thought bigger).

In the sneakerhead culture, a lot of attention and hype can be centered around the release of a new shoe.

To get the ball rolling for a new line of sneakers from pro basketball player Derrick Rose, Adidas launched — and filmed — the simple but brilliant “Jump with Derrick” campaign. Rose, known for his amazing jumping ability on court, was the perfect athlete to inspire a competition to challenge average Joes to reach a 10-foot tall platform.

If participants were able to touch the small shelf (placed at the height of the standard NBA rim), they were awarded a free pair of Rose’s new Adidas sneakers.

Doubling down on the highly popular contest, Adidas filmed the events and released a video (the original version generated 500,000+ views) that showcased participants trying to win the sneakers. It was a perfect example of using online media to get even better distribution for a live event.

Austin’s South by Southwest festival has become a hotbed of experiential marketing — to see the latest in brands’ creative thinking (and partnerships with one another), look no further.

In one SXSW experiential marketing campaign we love, the mattress company Casper teamed up with Standard Hotels’ “One Night” app to let weary festival-goers book a 45-minute nap in rooms complete with milk, cookies, and a stand-in “mom” to read bedtime stories. (What?! I want that.)

This next example fits the bill as well: Coca-Cola, in a joint promotion with the James Bond film, created the “Unlock the 007 in You” campaign, where participants were randomly chosen at a kiosk to win a free pair of movie tickets to see Daniel Craig as Bond.

The catch? They had to make it to a second kiosk in under 70 seconds. To make it even more difficult, typical James Bond obstacles came across their path at every turn — everything from women walking packs of dogs to large panes of glass.

The great part about this chase, as with the “Carrie” video, was that a large crowd tended to form just to find out what was going on.

Are some of the examples above a little too rich for your taste? Remember that a unique customer experience doesn’t have to be an expensive one.

On the show Bar Rescue, show host and hospitality consultant Jon Taffer has always counseled struggling bar owners to create something in their bar that’s worth talking about.

When fixing Bar 702, Taffer decided that it would be great to have something that customers would enjoy taking pictures of. Ideally, if customers take a picture of something in a bar, they’re likely to share it with friends on social media — nights out being one of the most common times to capture and post photos.

The solution was a open photo booth where patrons could get their picture snapped as a mugshot, ensuring all sorts of fun photos people were bound to share on social media:

Inexpensive, but effective in creating a simple, shareable experience that encourages people to talk about a business they’ve come across.

Although creating a marketable experience isn’t limited to hosting an event, events are certainly an important part of the experiential marketing ecosystem.

As a fan of target shooting, I can tell you that my local gun range got me as a customer long ago during their Christmas shoot off, which, funny enough, involves shooting Christmas tree decorations off of a tree.

For a less, er, aggressive take on events leading to repeat purchases, you can look at examples like wine festivals. Although made to move bottles of wine, these festivals often focus on the experience, such as kicking off your shoes and stomping some grapes for yourself like they do at the Rioja wine festival.

Last but not least, a more extreme example shows how events can become full on spectacles that draw thousands of people each year. Red Bull’s “flugtag,” as it’s known, invites participants to create handmade flying machines and fly them straight off a pier.

It’s a play to grab attention for sure, but it’s also an exceptional tie-in to Red Bull’s overall strategy to appeal to high energy, creative individuals.

In 2017, MasterCard and Swarovski teamed up to launch a virtual reality shopping experience.

The crystal-embedded (of course) headset allows consumers to visualize what different Swarovski pieces look like in various spaces, and purchase them in-app using (what else?) their MasterCard.

9. Paying it forward with chocolate

With all of the focus on nabbing attention in the previous examples, you might enjoy this more endearing use of a unique customer experience.

Chocolate company Milka started a campaign where they would purposefully leave out a single square of chocolate from a purchased bar. It’s a small amount but one that would instantly be recognized by customers.

The reason? Milka offered to either mail the missing piece to them, or the customer could choose to send the chocolate to someone else with a personal note.

It’s a small gesture from those “lucky” enough to receive a defective chocolate bar, but as we know, the small things can leave a big impact, and a thoughtful note with a piece of chocolate went a long way in spreading goodwill — and in raising awareness for Milka.

Now that we’ve talked about a few success stories, let’s break down some common factors seen in each campaign. By and large, a successful experiential marketing campaign should hit most, if not all, of the following bullet points:

Ultimately, the best ideas and execution come from knowing your industry and your market well. If you can check off the list above, you are certainly covering all your bases for success with experiential marketing.

Your next question might be, “Where’s the best place to start?” Think about the psychology behind what you’re selling — >marketing is about creating connections, so target experiences that are most likely to hook customers into coming back.

What sort of customer does your product attract? If any of you caught the episode of Shark Tank with that wild spray paint for dogs (not joking), you may have had the same idea that hit me — why not hold a contest where customers send in pictures of their painted pets, with the most creative “pet paint” winning a prize?

Clearly, people who would buy paint for their pets are a bit quirky and artistically inclined, so it’s practically a guarantee that this sort of opportunity to share their creations and see the creations of others would draw the perfect sort of crowd.

Great experiential marketing campaigns create lasting connections with your customers, so effective executions starts with truly knowing your customers and what types of experiences would appeal to them.