What You Gain With a Growth Team 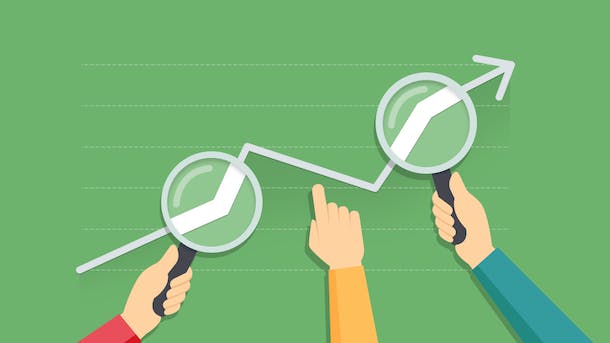 Growth comes as a result of developing product/market fit. A growth team helps optimize this curve. Indeed, “helps” may be too weak of a word as hiring for growth continues to solve increasingly ubiquitous problems.

Sooner rather than later it will be teams dedicated to growth that bridge the gap between the intertwined departments of marketing and engineering. Marketing now depends on technology, and software is integrated with every aspect of customer acquisition.

This begs the question: what do you miss out on when you don’t have a growth team?

At Help Scout we were fortunate to reach a place where “How do we scale growth?” became a necessary question. Hiring for growth is not only helping us find the answer, it’s teaching us a lot about sustaining growth for the business as a whole.

I spoke with Brian Balfour about this topic for further clarity. Brian is currently the VP of Growth at HubSpot and former co-founder of four companies. His writing at CoElevate is as clear, concise, and helpful as you’ll find anywhere. I learned quite a bit from his experience leading successful teams dedicated to growth.

Since knowledge is one of those rare products which, once delivered, remains with the supplier, I thought I’d pay it forward. Here’s a discerning look at what you gain by building a team focused on growing the product.

You Bridge the Gap

Without a growth team, you can find yourself in a situation where marketing has to beg engineering to get things done.

The loss is two-fold. Marketing ends up sitting on their hands, waiting days and even weeks to move on ideas that could improve growth right now. Engineering ends up reacting with total aversion, creating a schism, or try to be responsive, creating interruption. And we know what happens when you constantly interrupt engineers.

The result is an engineering department who are solely responsible for greenlighting growth experiments. “Bottleneck” doesn’t even begin to describe it.

When ideas are hard to move on quickly, they sit and become stale. The team becomes discouraged from keeping tabs on weeks-old creativity. Pretty soon, they’ll just stop having these ideas.

Now the people responsible for growth can only deal with the icing on the cake—the surface level elements of acquisition, such as ads and landing pages. There’s a lot of opportunity lost when the marketing team can’t make needed moves without engineering; a growth team helps smooth that over.

You Gain Focus and Speed

“Growth priorities tend to get de-prioritized,” Brian said. “Builders like to build is what I always like to say. A lot of growth isn’t building new features. It is refining existing ones, running a ton of experiments, doing a lot of analysis. Most PM’s and engineers view their job as building, trimming, and maintaining new product, not growing the product.”

A team with a dedicated mission of building for growth changes how decisions are made. After all, what gets focused on usually ends up improving. But only with the right focus, the right objectives, and the right authority can this be accomplished. When you have an autonomous group with a clearly defined mission, they will move toward it with haste.

The opposite is when those responsible for growth come off as “consultants” to the product team. “It’d be great if we could…” are famous last words of growth teams who do nothing but grow the company’s personnel expense.

Moving fast means getting feedback fast. Feedback either gives life to things that work or reveals the flaws in things that don’t (so you can kill those experiments quickly). You’ll still deal with plenty of failure, but far less of the “We should have done this waaay sooner” variety.

Starting up is always more strenuous and slow-going than keeping momentum. When marketing is dealing with an inability to move on experiments without engineering, momentum stops dead in its tracks.

You expect piles of failure to litter the path to every big win. Fighting through failure requires constant momentum—when you make running tests hard, you make failing hard, which leaves an unprepared team slogging through five slow failures. Meanwhile, a prepared team is steamrolling through thirty. Guess who gets to the win first?

In short: focus leads to speed, which leads to continual momentum. It’s all connected. You’ll achieve all three by having a team dedicated to growth.

You Bring In Different DNA

Those driven to pursue growth are often different than those driven to create. The designers on your team (writers can also attest to this) are more interested in the reaction to what they’ve made—no analytics or charts required to capture the feeling that great work has been done.

Growth marketers are wired a bit differently, as Brian explained to me:

I’ve found that people who are really good at solving growth problems tend to have different DNA than great builders/craftsmen. They tend to have hacker (not artist) mentalities. They are motivated by impact (i.e. seeing it in the numbers), not necessarily this beautiful thing. They tend to be more aggressive in their thinking. They aren’t specialists, and they tend to be very versatile.

The need to amplify the work of others, track progress as a whole, and iterate on the smallest aspects to capture big wins is built into growth marketer DNA. They’ll aggressively identify meaningful low-hanging fruit and then tell you exactly how capitalizing on it pays off. On the other hand, “builders like to build,” so with a growth team in place builders have the ability to focus on taking their work to the next level.

Both benefit from each other, and you lose out by not allowing one to complement the other.

If you’re like most companies, your competitors have deeper pockets and you’ll never outspend them. The deliberate effort of growth teams takes what advantages you do have and works to outsmart the competition by finding paths to growth that may not be obvious—the things they aren’t clever enough to see. That takes resourcefulness and creativity.

Everyone hits ceilings when it comes to data insights; growth marketers take this to the next level by paying attention to data on a daily basis and continually pushing new opportunities. Marketers working through development can’t achieve that as competently, and certainly not as quickly.

Why You Don’t Need a Growth Team

Wait a minute, who doesn’t want growth? True enough, but this thinking leads to companies moving recklessly and hiring for growth far too early.

Heed this advice from Andrew Chen: “If people aren’t using your product, then you’re wasting your time ‘optimizing’ growth. You need a base of users who are happy and then your job is to scale it.”

We waited until we were a team of 16 with thousands of paying customers before we looked for a growth marketer. A few key things occurred in that time that made scaling growth a priority.

We developed product/market fit. While it certainly isn’t defined by a single moment in time, your product must resonate with a target audience that will happily pay you month after month. Otherwise, you risk pouring time and money into “growing” a product no one really wants. Growth teams are like rocket fuel. If you try to take off before heading in the right direction, “success” could propel the business the wrong way.

We found a channel that worked. A startup should count itself lucky to find even one source of traction. We count ourselves lucky that this channel was found early through our blog. Our writing has remained a core source of acquisition and has cascaded to related channels like email marketing, syndication, and SEO—we needed someone to amplify these existing efforts.

We understood our customers. Both through the typical persona approach and the jobs they hire our software to do. Doubling-down on different avenues for growth requires knowing who you are after; the people dictate the method of pursuit.

We knew there were more avenues to own. When you have a content hammer, everything can start to look like a content nail. While publishing took us far, what got you here won’t get you there—it will take the ongoing testing, learning, and creativity of a full-fledged growth team to move beyond relying on select sources of acquisition.

Andy Johns, now at Wealthfront, has one of my favorite takes on why aggressive growth should come later, in a response posted to the rise of Pinterest:

When you focus on aggressive growth too early you generally fail more quickly, in particular when the product isn’t right. You’re basically acquiring many users at a high churn rate and low retention rates. When you do the opposite and build a great product first, then push to grow it aggressively after organic adoption, you expedite the path to success.

So while the coming years will see the importance of growth teams continue to rise, the first rule of Product Club endures in perpetuity: make things people want. Then optimize for growth so they know it exists.