A Brief Guide to Better 1:1’s—For Makers and Managers Alike 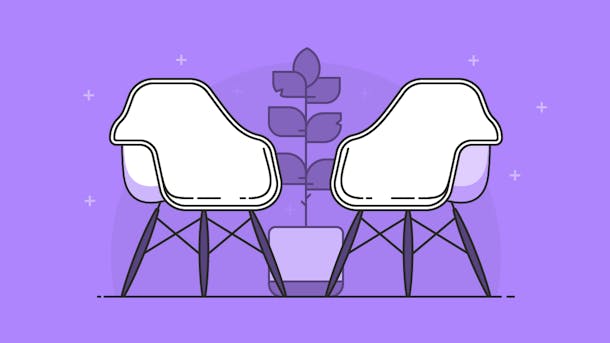 Communication is always looking for creative new ways to break down.

What worked when you were a scrappy group of six falls apart with the twentieth person. It’s unavoidable. The single practice that should never change at your company, and the one best suited to address these problems, is the one-on-one meeting.

“No time” is no excuse. That’s the same as saying other to-dos perpetually take precedence over people. Here are a few ways to start, sustain, and make the most of your one-on-one meetings.

You should fight, and go to extraordinary lengths, to not cancel a one-on-one meeting. Even a rescheduling needs to justify itself with a good reason. “I didn’t think we had much to discuss” is a common excuse that will hurt both parties in the end.

Putting a conversation on the calendar will make it happen. Impromptu is a practice I’d find hard to encourage — are you willing to risk forming the dreaded open-door policy, where you promise everything and deliver nothing?

Call them one-on-one meetings and nothing else

It sounds like a semantic triviality, but labels create narratives. During a “check-in” both parties will be primed for checking in, and nothing more.

“That issue made me so frustrated this week. But I’ll tell Cassie later, maybe after our check-in.” Wishful thinking or dangerous delusion? The latter: this would never be brought up, don’t fool yourself.

One-on-one conveys the act of two people talking, saying whatever they need to say. “Anything goes” is what you want; language that makes it feel like an open discussion will help you get there.

Default to the most personal channel

If you can have your one-on-ones in person, do it. As a remote team, you should insist that everyone talk over video.

Seeing the other person is meaningful. Body language speaks volumes, and even when you aren’t looking for anything, the human connection is worth having the redundant “Skype hates me!” commentary once a week.

There are few scenarios more aggravating than bringing an issue from a past meeting into a second one. Or a third. By the fourth, true resentment has set in.

You’ll often walk away from conversations fired up, with a lot of exciting stuff on the table. But “decisions” are outcomes that still need to be accomplished. All talk and no action leads to the erosion of trust; extra effort that feels wasted is effort that won’t be offered up again.

You must end one-on-one meetings with an agreement to own the decisions made. Jason Evanish argues nothing discussed in a one-on-one matters if you don’t follow through. He suggests that you start with asking these two questions:

Confirm that progress was made at the beginning of your next talk. Did you both do what you said you were going to do? Answering “yes” leads to progress, momentum, and a growing level of trust.

Talk about careers once in a while

If you’ve been with a company since the early days, you know this feeling. In the beginning, everyone wears multiple hats and does what needs doing, regardless of their role.

But at a certain point, growth allows real departments to form. Now, people (rightfully) want to know where the company is headed and where they are headed in the company. What’s expected of them now that job titles are involved?

Leave this discussion off the table and they’ll start to get worried. Even in a mature company, the state of their career is a matter of importance. Not everyone is fit for (or wants) a leadership role — who’s going to bring that up? If you’re a team lead responsible for one-on-one meetings, that’s your job.

Prepare around the right topics

It’s hard to communicate fledgling ideas if they haven’t taken shape. For both parties, you should approach your one-on-ones with details that will help smooth over abstract suggestions.

Last week I created two quick mockup images before my one-on-one and sent them to our VP of Marketing over Slack. I knew I could avoid circular talk and “you had to be there” descriptions by doing so. With one small gesture I created more time for issues that superseded explaining the mockups for 15 minutes.

If something as simple as a bullet-point list helps you cut the fluff, consider it a worthy investment.

Status updates, or the goings on of the week/month, don’t have to vanish from one-on-ones, but discussing them for too long defeats the purpose.

At Help Scout, our team relies on a weekly video on Monday from People Ops. The marketing department then has a Monday catch-up at the end of the day. While we do enjoy seeing each other, this is a “what, when, why” meeting that puts everything to be done on the table.

This is status: information that can be pared down for groups, giving you more time for personal discussion during your one-on-ones.

Be willing to have difficult conversations

If you don’t have a difficult conversation every once in a while, it’s hard to believe that something isn’t currently lying in the lurch. Perhaps people are just too afraid to tell you.

Michael Lopp describes such moments as “Vents” in Managing Humans. They are different from “Disasters,” or complete meltdowns, but some friction has come up and now it’s time to deal with it.

The first step is to just listen. Unless a vent is snowballing and becoming repetitive — the person is getting worked up by repeating themselves — you should let a vent run its course. After everything is out in the open, cringe fast so you can refocus on a positive outcome.

Sometimes being heard is enough. But when genuine grievances are met with promises, a disaster is on the horizon if you don’t follow through. Now more than ever, you must be held accountable for decisions agreed upon.

Lastly, remember that feeling heard can be conveyed with the smallest of acts:

“Equally important is what “writing it down” symbolizes… the act implies a commitment, like a handshake, that something will be done.”
Andy Grove, former CEO at Intel

The return on investment

Busyness is no excuse to put off or reject the idea of one-on-ones.

What’s the cost of losing a huge contributor to the company? Time hearing people out is time well spent. Or, you can spend time dealing with the fallout. Your choice.