Tone and Language Are Building Blocks to Customer Expectations 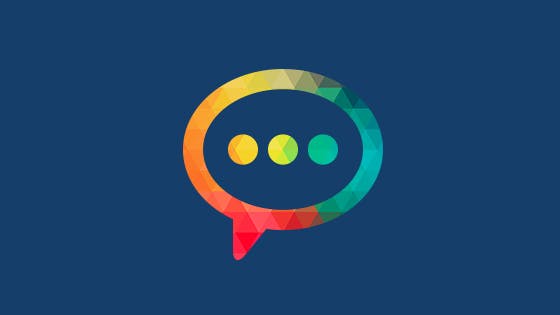 Tone and language are the building blocks to a customer’s expectations.

They determine whether a customer walks away elated and raving about your service, or, if used poorly, confirm a commonplace and pervasive belief that most customer service nowadays is laughable at best.

How many of us are walking around saying, “Jeez, there’s just so much great customer service I don’t know what to do with myself.” No, instead it’s widely known how it feels to be disregarded and ignored.

The glass half-full perspective, however, says that a low bar gives us the change to exceed these low expectations — there is a sincere opportunity awaiting those companies willing to do what others won’t; to take their service seriously and surprise customers through a channel that has lost some of its luster.

Every day, businesses are turning their customers away with the wrong tone and language. These customers are looking for choices but are afraid of falling into yet another fruitless relationship.

This also happens to be a company’s greatest opportunity, because while everyone else is racing to the bottom, ignoring empathy and a human touch, this becomes a defining moment where the right tone and language can change hearts and minds, where they create more room for conversation. This is evermore important for online businesses, because smiles and body language are invisible. We express what’s ultimately missing through language and tone.

What People Were Saying in 1993 about Customer Expectations

In Raving Fans: A Revolutionary Approach to Customer Service, Harvey Mackay writes in the foreword:

“Since most service is awful, America is ripe for a revolution. Although we may not be following mission statements and wall posters, the recognition of the need for customer service is there. More and more, managers in individual organizations are zeroing in on customers, and their success stands as a beacon for others. Five to eight years ago, the quality wave was about to break over us. We discovered quality isn’t enough. Today the customer-service is swelling larger than the quality wave, and when it fully hits, those not prepared will be washed into history.”

I empathize with those in the hospitality business. Repetitive habits begin as cobwebs but can end up as chains, making dull, automated behavior an easy trap to fall into—but it’s no excuse.

Excessive automation inhibits personalization, and it is still those ordinary moments which are most responsible for positive memories.

It doesn’t require lavish treatment. A customer’s potential recommendation is directly tied to the memory of how he or she was treated. The “extra mile” has become a trope in customer service, but that doesn’t change the fact that the smallest gesture can often cause the largest ripple. It takes a company-wide mindset to consistently deliver this value to customers, however.

To start building this mindset requires an appreciation of language itself and the understanding that even a single word can make a difference. Let’s dig into why language establishes expectations and why every word you use matters.

In 1996, Yale professor John Bargh conducted a fascinating study on the power of words.

After the assignment was completed, the students were told to approach the researcher to let him know they were finished; however when they found the researcher, he was already engaged in a conversation (with an actor). The researcher ignored the students until he was interrupted or when 10 minutes had passed.

What this study illustrates is the lasting influence words can have on social interactions. There is a meaningful difference between, “What else do you need?” versus “Let me know if you need anything else!” While the information relayed is the same, it is the wording which ultimately defines the emotional experience.

In the words of Edgar Allan Poe, “Of the innumerable effects or impressions of which the heart, the intellect, or (more generally) the soul is susceptible, what one shall I, on the present occasion, select?”

How a Non-Support Guy Jumped in Head First

As the newest member of Help Scout, I recently got my first hands-on experience with Whole Company Support, the art of making customer success a priority for every department (even mine!). In all my previous experience, email has been about brevity. When it comes to support, I realize that brevity isn’t always what’s best. A novel isn’t necessary, but acknowledging the issue at hand while speaking in a way that is instructive and friendly always wins.

Turns out, this is much easier said than done. From a team that focuses on excellent support, I received excellent training and wisdom from those on the front line. This is a practice, not just a belief. My goal is to get better at communicating and helping the customer with every email.

Here are 5 tips that have helped me build my mindset in speaking to customers as if they are my comrades—because they are.

Rudyard Kipling once claimed, “Words are, of course, the most powerful drug used by mankind.”

Indeed, give too little and you’ll make the customer feel misunderstood; administer too much and the customer will feel like you’re pandering. Getting to the sweet spot is an art, one that will take a few failures, but nevertheless worthy of your time and effort.

In many ways support is the foundation of any growing company. A weak foundation can crumble a home, but a strong one sustains it.

In fact, Jason Lemkin, former founder of EchoSign and venture capitalist, would argue that it is service that separates young companies from the pack. Comcast may rather be feared than loved, but Lemkin contests that if you want to go the distance, you have make the effort to wow customers:

However, if word-of-mouth matters. If second-order revenue and upgrades and upsells matter. If you have a recurring revenue product, and have to re-earn that customer every month, every year, then customer service is the single most important thing you can do to move the needle.

Leave your customers ecstatic or merely satisfied—the choice is ultimately yours.