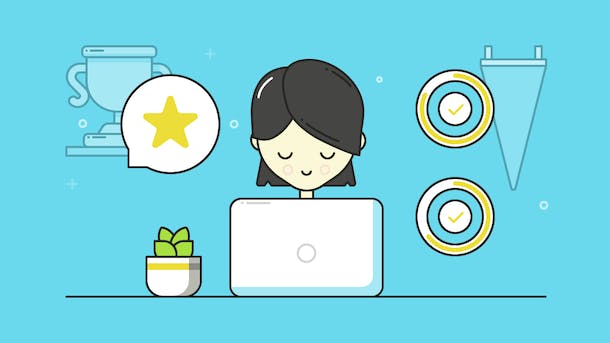 Real talk: customer support has a problem with employee retention.

The discipline of customer support is fighting a negative public perception, created by corporate behemoths that view support as a cost center and deliberately deliver a poor customer experience. Yet as we witness a rise in executive-level positions for customer support, it’s clear that a shift is occurring in how companies value support as a critical component of the success of their operation.

Still, some support practitioners view their own work as an entry level position, a foot in the door, a dead end. And that’s a travesty, because customer support — and I’m talking about real customer support, the kind practiced by empowered professionals at companies like Disney, Southwest Airlines and Zappos — is difficult, rewarding work that takes a special skill set most people don’t have.

“A lot of people think customer service is easy and anybody can do it, but it’s absolutely not the case,” says Taylor Morgan, Manager of Customer Service at SurveyGizmo. A couple of years ago, Morgan was agonizing over high turnover on her support team and wondering what she could do to slow support staff from leaving the team for other jobs or positions in the company after only 18 months.

Employee retention isn’t a problem specific to customer support, but it’s a problem familiar to many support leads. How do you not only hire and train great people, but help facilitate such a bright and rewarding career that they want to stick around for the long haul?

In customer support employee retention, progress is everything

You can employ a number of tactics to improve employee retention in customer support — hire carefully, for starters. Train new hires thoroughly and give them the tools they need; hold regular check-ins; offer decent benefits and fair pay. All of those make a difference. But.

The number one thing you can do to reduce customer support team turnover? Facilitate progress.

People are happiest when they feel they’re making progress on meaningful work, and happy workers tend to stay put. Support leaders who create deliberate career paths and growth goals for the people on their team will enjoy higher retention rates than those who don’t.

How to create a roadmap for support career advancement

If you’re not sure where to start, poll your team. Chances are they’ll have plenty to say about what career advancement looks like to them. Morgan brought the SurveyGizmo support team together, for instance, after they’d been experiencing some attendance hiccups: “I said ‘OK, let’s brainstorm together; what’s going to make you guys want to come to work?’ They had a lot of input.”

Following those discussions, Morgan developed an official rubric for career advancement in customer support at SurveyGizmo. New hires start at the Hero (Support Rep) level and can advance to the Superhero (Advanced Support Technician) or even Senior Superhero (Senior Support Technician and Mentor) roles. Salary, responsibilities and benefits increase at each step in the rubric.

It has worked like a gosh darn charm. Since launching the program, the average tenure of an Advanced Support Technician has risen from 18 months to 38 months. It’s been at least two years since a support team member left for another company; any turnover is generally internal.

“You feel more responsibility when you feel like you’re doing something awesome and it’s getting recognized, and you’re not just the person on the phone getting yelled at,” Morgan says.

“If you feel like what you’re doing is recognized as important, you’re more likely to be eager to keep doing it.”

The concrete roadmap for advancement spurred a number of unforeseen ancillary benefits as well, such as a framework for easier one-on-ones and a built-in team of coaches for new hires or leaders who can handle customer escalations. “This helps them feel like they are in a career, rather than just an entry-level job,” Morgan says. “They have new line items to add to a resume, to show progress and achievement.”

If career ladders are antithetical to your organization, you don’t have to set it up that way — you can also facilitate horizontal growth. After losing too many support team members to other departments and organizations, Nicole Winstone, Customer Support Manager at Hootsuite, created a “leadership” track (managing and mentoring people) and a “guru” track (exploring and expanding a depth of knowledge) for her team. By defining what success looks like for each role, the tenure of a Hootsuite support team member increased from just nine months to 16 months in the last year.

Help Scout also encourages horizontal development. Since not everyone wants to be a manager, our salary formula aims to advance teammates within their disciplines — this way people are compensated according to their growth, whether they’re a player or a coach. Support team member Abigail Phillips handles all new employee training, for example, and Mo McKibbin frequently pitches in on copywriting content like our Release Notes. Average Help Scout support team tenure is currently over 18 months, and as of this writing, no one on the support team has migrated to another team or left for another company.

7 foundational tips for building a thriving customer support team and department from scratch.

Building and Leading a Support Team 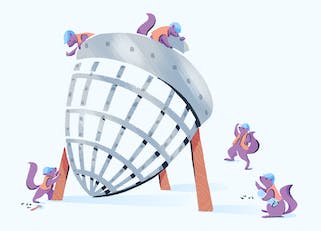 Encouraging support talent to stick around

By now, it’s well-documented that hiring costs more than retaining an existing team member. “All the costs involved with training and all that,” Morgan says, “if you can keep one person happy and build on their skills? One guy left after four years, and it was like a hole was dug in the team in terms of knowledge. No one knows all the stuff that was in his head. And if we can just prevent that and keep people happy, that saves us so much in the long run.”

Employee retention on support teams is not a solved problem. But like Morgan and Winstone, there are support leaders out there who are experimenting with ways to legitimize career paths in the field. It’s high time for practitioners of support to value their own work, and to encourage talented people to remain and grow in support.