At its inception in Berlin in 2012, every employee of open source integration platform Travis CI handled customer support.

Even engineers rotated frequently, and when it was their turn they remained vigilant on support; it was a supplement to their craft. But as a company grows and evolves, sometimes its philosophy on customer support must also evolve.

Serving a customer base of highly technical people whose work is focused on craftsmanship, Travis CI has helped more than 126,000 users and 200,000 open-source projects over the past three years. At this scale, the company needed a new plan to manage its growing customer-support needs. 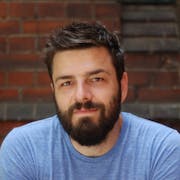 I had the pleasure of speaking to Mathias Meyer, CEO of Travis CI, on how they’re using Help Scout to re-think customer support and build a business that people love.

Growing Pains Fuel a Shift in the Support Process

In those early days, whole-company support made sense for Travis CI. “Hearing a customer complain directly to you about something you’ve built creates a sense of ownership and obligation to the product, as it should,” Meyer says. “This obligation can immediately be turned into positive energy.”

Over time, however, the process couldn’t withstand Travis CI’s onslaught of incoming inquiries—especially in the U.S. With the time-zone gap, tickets were simmering in the queue and engineers had to bounce back and forth between tasks.

By the end of last year, it became clear to Meyer that he needed a dedicated support team to better manage the process. He got to work in March, hiring a pair of support staffers. “We were looking for people who had some kind of engineering background or have worked in technical support for developers before,” he explains.

Unfortunately, the onboarding process was slow and first-response time grew. To complicate things, March and April were months where Travis CI dealt with outages, leading to an unusual number of incoming support conversations. It wasn’t until May that they started implementing a new support rotation.

The spike in first-response times raises eyebrows, but Meyer offers some clarification:

“Our first-response time in February looks rather short, though it doesn’t reflect the reality of how much we were struggling with all the issues that were going on,” he says. “A lot of the first-response time efforts happened on conversations that started around production issues, so they were faster than usual.”

Looking at these graphs together, Meyer says Travis CI managed to improve first-response time even though their volume grew organically.

By July, the company hired two additional support people. Engineers still contribute, but they rotate weekly instead of daily.

As a business grows, sometimes you need a dedicated team to manage the volume and your customers’ needs. For some companies, the shift is inevitable.

How Tags Help Quell the Chaos

With its support team now in place, Meyer says something they focus on is using Help Scout’s tagging system to improve Travis CI’s triage process and keep track of great ideas.

“The triaging helps us determine the urgency required for a response, and it gives us more useful data about why customers email us, what the common threads are, where we can improve our docs, our apps, why someone cancels their subscription, and so on,” he says. The support team works together on sifting through the inbox, so there’s no one single person to do support on any given day. This, Meyer says, has been a major improvement and influences the company’s product roadmap, because each issue is now given careful attention.

Tagging also acts as a kind of safety net for particular customers and red-flag problems.

These priorities are placed into specific folders to make them easier to process. The team also tracks feature requests and cancellations separately.

When we talk about customer success and improving the user experience, it stems from stories like this. Little insights that have potential to deliver big changes can easily slip through the cracks.

As a final insight, Meyer says quite matter-of-factly, “Always assume the customer is right and you’re probably wrong, never assume you know everything to tell the customer to do. When in doubt, ask more questions.”

He recommends the book How To Win Friends and Influence People, as it helped him identify and develop empathy for the customers he serves.

Meyer continues, “Empathy is a key skill when it comes to customer support. Putting yourself in the customers’ shoes and understanding their issues is the most important thing when doing customer support. The great news is that empathy is a skill you can learn, it’s not a personal trait.”

With a dedicated support team in place, accompanied by a team of engineers who readily feel the customer’s pain, good things await Travis CI.

Thank you to Mathias Meyer at Travis CI for his insights into building a dedicated support team and growing a product.