A few years ago while touring another campus, the Associate Vice Provost for Student Systems, Services, and Analytics at George Washington University noticed the staff there was using an email management tool different than anything they’d seen before.

Immediately intrigued, they decided to demo the tool for their team to see if it could be a fit. That tool was Help Scout.

They were so impressed with their trial they decided to sign up for a Help Scout account right away. The additional level of organization, transparency, and insight made it a hit from day one. However, its role became even more important when the COVID 19 pandemic hit.

No longer able to meet in person, their digital channels became that much more important. The team at George Washington University saw a 22% increase in email traffic. If the significant increase wasn’t enough, they also had to reduce staff during the same time period.

By utilizing productivity features — like workflows, saved replies, and internal notes — they were able to continue offering a high-level of service, even while facing those two challenges. Impressed by the results they achieved, other teams at George Washington have since joined Help Scout, with more waiting in the wings.

When they first encountered Help Scout, the team at George Washington wasn’t on the search for something new. They were using their standard email client, Gmail, to respond to requests. Though it was serviceable to a degree, they were stuck doing lots of manual work, meaning they had less time to respond to requests.

“One of the biggest challenges I had over the years was managing multiple inboxes in Gmail. The administrative overhead was astounding. It was very very time consuming,” said Jennifer Vaden, Director of Student Financial and Registration Services.

One of the biggest challenges I had over the years was managing multiple inboxes in Gmail. The administrative overhead was astounding. It was very very time consuming.

Managers had to manually assign conversations to different agents. They also had to keep track of each of those conversations to try and have some idea of how agents were performing, since Gmail doesn’t have any metrics tracking. With Help Scout, neither of those things were an issue.

“At the management level, it was great to be able to say we have a metric for a certain number of emails per hour and that agents could go out and get those on their own. Managers didn’t have to manually assign them. There was just a lot of clunkiness to the previous way,” said Vaden.

Having access to that data also meant Vaden would be able to communicate the team’s impact to leadership. “There are so many questions about how productive we are, so the fact that there were reporting features was a big deal for me,” said Vaden.

The combination of features and ease of use made Help Scout an easy sale for the team. “When we set up the demo I could immediately see the benefit,” said Vaden. They set up an account right away, and started moving staff over.

Almost immediately, the team at George Washington started to work differently. Agents had more independence, and managers had more insight. As the team got better acquainted with Help Scout, they found even more features and tools that made their lives easier.

“There’s certain things in the work we do that are very repetitive,” said Vaden. With Help Scout they were able to cut down on some of that repetitive work using features like saved replies and workflows.

With saved replies, they created an internal library of pre-written responses to address common questions, saving staff time and energy. Utilizing workflows, they were able to automate a number of manual tasks like sorting, assigning, and updating requests.

“I set up workflows so with a click an email gets tagged and moved to the correct inbox. It also saves the team receiving the email time because the tag gives additional context, limiting the amount of investigating they need to do,” said Vaden.

Another way they save time and improve collaboration is with notes. “We can put notes on a conversation about what we saw so that the colleague we’re escalating to has more context on why we’re escalating and can potentially solve the issue faster,”  said Vaden.

In normal times the productivity and collaboration tools they took advantage of were important to team success. However, when the COVID 19 pandemic struck, and their way of working fundamentally changed, those features became that much more important.

“After hitting COVID times our email volumes went up,” said Vaden. In 2019 they had around 66k emails. That number spiked to over 80k emails in 2020 — a roughly 22% increase. Along with the increase, they also had fewer hands on deck to help.

Luckily, they had set the groundwork with Help Scout prior to ensure their continued success. “Between the manual and automatic workflows, we were able to stay as productive as we needed to be, and I really do think Help Scout helped us accomplish what we needed to,” said Vaden.

Between the manual and automatic workflows, we were able to stay as productive as we needed to be, and I really do think Help Scout helped us accomplish what we needed to.

Even as things start to trend toward a new normal and more students are back on campus, it seems their way of working may be permanently changed.

“Requiring a student to come to campus isn’t always the best experience. And during the pandemic, students and parents got used to doing things virtually, and they’re continuing to do that even as things are opening back up,” said Vaden.

As they’ve made all these changes and continued to excel in their work, others have started to take notice. “Colleagues got their hands on Help Scout and asked me ‘when can we use it?” said Vaden. Because of that, they’ve continually added new team members, with more looking to join in the near future.

By giving their staff access to the right tools, the team at George Washington is able to excel in their work and offer students the support they need. Instead of simply relying on the way things were always done, they sought out something new and are reaping the benefits — and will be for years to come. 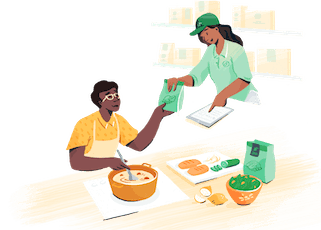 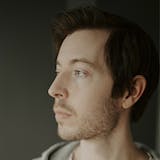 After spending a few years working as a support agent, Jesse made the switch to writing full-time. He works as a Content Writer at Help Scout, hoping to help improve the agent and customer experience.