Building a Community Around Your Business 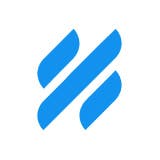 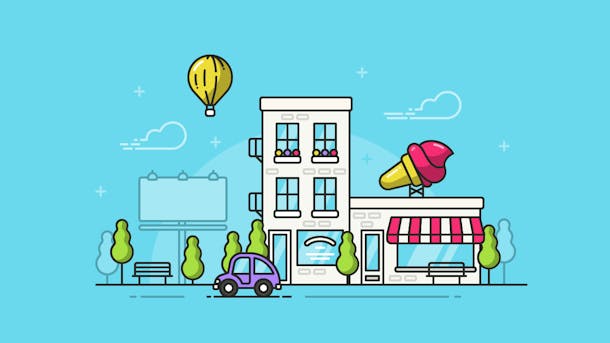 Since then, she’s partnered with companies including General Electric and National Geographic to help them grow healthy communities. We asked Judd Welch, about what community really means, how it’s different from social media and support and the business case for incorporating community building into your growth strategy.

The value of community

What is the value of community, and what separates it from social, support, and other roles it’s often lumped into?

At its core, community is a group of people and the connections formed between them. These groups, connections, and shared interests can exist on any channel. Community is channel-agnostic, whereas something like social media is, by definition, channel-specific.

It often comes back to the question, “Where do we interact with people?” Sometimes that is on social. So, while social is a completely valid channel on which to build connections and interact with community members, community itself extends far beyond social media.

With new or developing roles there often isn’t a lot of consensus on what the day-to-day looks like. What’s your take on a community manager’s primary contributions?

If you look at individual activities, they can be incredibly variant from company to company, particularly from a startup to large brands. However, if you look at it in a context of, “What is the function of community?” that’s about advocating on behalf of customers, driving customer satisfaction, retention, and connecting community members to each other.

So when you look at advocacy and channeling feedback to the product teams to make your product continuously better, those functions are a little bit more encompassing, and there are various activities that can fall into those larger buckets.

What brand do you think is doing a great job at community right now?

Nike is doing a phenomenal job with community right now. A few years ago I wrote about Nike’s stumble with community, but they took lessons from that experience and really figured things out.

Nike obviously has this cult brand that targets athletes. They’ve found ways to better support their customers who identify as athletes through a variety of approaches, including a suite of apps. They have three different apps; I actually have all of them on my phone.

There’s Nike Run Club to track your recent runs, Nike Plus, which alerts you to cool gear they’ve just recently released, and Nike Plus Training, which includes workouts that are created by celebrities and influencers. They also have these on the ground running clubs, or excursions, that head to locations like Montauk or Canada.

In total, they’ve created this unique way to engage with their customers and other people around the brand. They’re just doing a fantastic job of building out a brand community and finding meaningful ways to connect with people.

The business case for community

Is there ever a case to be made against community?

I see a lot of people responsible for community strategy falling for the common trap: “If you have a sturdy hammer, everything looks like a nail.” In reality, while retention, satisfaction, and research are top concerns for brands, you can approach and solve those problems in myriad ways, not just through community.

We try to look at our work from a strategic lens; instead of beginning with a community strategy — our hammer — and trying to make it fit a problem, we instead begin with the problem itself.

We need to focus on what companies are struggling with, and then find the best tools for the job, the tools that match their challenges and goals.

We’ve had clients who really wanted to invest in community, but it just was such a huge financial undertaking that I told them, “I think you’d be better off investing in smarter email marketing.”

When it comes to challenges like retention, satisfaction, and innovation, community is indeed a fantastic tool. But there are also other ways that we can approach those same challenges, and that needs to be acknowledged.

Earlier this year I wrote an article that talks about being a good steward of your client’s resources and not recommending solutions that won’t benefit them, or those they don’t need. Ethically, I feel obligated to do what’s best for my clients even if it’s not in my own interest. And if I feel they can get better results by doing something else, I’ll recommend they do that.

And of course there are long-term and short-term trade-offs to every solution, but you really need to understand your client’s values, priorities, and constraints, and then decide on the best solution.

Elizabeth Tobey, Director of Community Engagement at Medium, published a post on our blog about the shared responsibility that community, marketing, and support have in using communication to create better customer experiences. For your own projects, how does community work with other departments?

We tend to work more closely with product and design teams. We do work with marketing teams, but very rarely do we work with PR teams, for instance, mostly because the goals of PR are generally around reach and impressions, whereas our community initiatives are more about cultivation. PR agencies are brokers of relationships to the media, whereas we are facilitators of relationships to your customers or to the external world.

So it’s a different way of thinking about business, but Elizabeth is right. Community can be very intertwined with communications, marketing, and PR teams.

Recently, PR teams have approached us about partnering to more proactively build a community for times of crisis. For example, if something goes wrong and, say, the story is blown out of proportion, the community is able to support and defend you. It’s like built-in reputation management. This might mean getting in front of the community with what happened, before it’s spun by outside publications.

Can you give an example of how you work with design and product teams to build community?

Product and design teams like Loyal, because we have a similar ethos about caring for the end-user. Often, they understand what Loyal does quickly. We tend to work with them either through product launches or through user research and insights.

For example, we worked on a project last year where a brand had built out a community platform that was failing, completely flopping. And they brought us in to overhaul the strategy.

What we found through our research was this specific demographic wasn’t particularly tech-savvy, and they were not used to engaging with people online, generally speaking, besides people who they already knew. They had Facebook accounts, but they were not friends with any of their coworkers on Facebook. They didn’t really use LinkedIn. Some used Twitter, but they weren’t used to collaborating with people in an active way.

And on top of that these people were very, very busy. They didn’t want to have to go log into a separate platform to interact with people, and they were practically appalled by the idea of interacting with coworkers on Facebook. They also had no idea what Slack was; they’d never heard of it.

So ultimately what we decided to do was take a significantly more passive approach to this community platform and, rather than pull people onto the platform, push the content and the information on the platform to them via email, which they use every single day.

That was a huge lesson from a development and product perspective. If you don’t understand your users’ needs, you’re not set up for success from day one. You’re just building something that hasn’t been validated.

Building community on your own turf

What do you feel are the pros and cons of building community on a company node, like a forum, versus a platform like Slack?

If you have a platform that users log into and people are already on your website, it’s definitely advantageous to build on your own platform.

However, if you don’t have a digital product on your own website, it can be very hard to get people to come to your website. There are many websites you use where you love their product, but you never log in. You’re fighting an uphill battle the equivalent of Uber building out a community on its website. I constantly use Uber, but I never go to Uber’s website — the destination doesn’t make sense.

I do think it’s very important to own relationships with your community members, which is the risk to building on these other platforms. A lot of those platforms do not allow you to own the data for your community members. So if you had your community on Twitter, for example, you might never have even taken the time to get everyone’s name and email address, and then when you need to contact people, you’re reaching out one by one.

Do you think there’s any value in participating in an existing community, or does the lion’s share of the value come from owning the platform?

I 100 percent believe companies can get a lot of value simply being a contributor to a community. One company that does this very well is Mailchimp. Mailchimp is very invested in the creative community, so they sponsor events within that community. That’s their way of staying in touch. They used to have a user forum on their website, and they shut it down, in maybe 2011, because they recognized people were spending significantly more time on social than on their website.

They shifted their community model to be quite a bit more passive. But, it has to be said, everyone knows that Mailchimp is a great company, they genuinely advocate for their users, they care about them, they’re delightful.

So, you can interact with and engage in other people’s communities and represent yourself that way. And a way that’s typically done is through sponsorship or just pure participation. That can engender a lot of goodwill.

The future of community

A while back, you and a few other community strategists were asked, “Could IBM become a community manager?” Of the most exciting technological developments around how people interact with software, communities, and other people, which do you think will have the biggest impact in the next couple years? And could IBM really be a community manager?

Good question. One of our clients right now has built some bots to automate some community manager tasks, which is really interesting. A lot of it is very smart; it helps community managers scale their work. For example, they created a bot that matches new users to other users who are interesting to them. So the bot will ping a new or existing user, and say, “Hey, there’s this person whose interest matches yours. We think you should meet.”

That’s genuinely awesome and useful. But it obviously does not replace the human element of community, what communities are founded on. “Hey, I saw that you just joined. I love what you’re doing. By the way, you should definitely speak with so-and-so because they’re interested in something similar to you. I bet you two would love each other.”

So instead of advanced versions of “Chat with iGod,” we could see AI and bots serve as conduits for personal connections? That’s great.

If you liked this post, be sure to read our previous interview with Mireille Pilloud, Community Support Manager at TED, where she shares Why Support Teams Need a Seat at the ‘Adult’ Table.