It’s common to feel like you’re “bad at negotiating” — the idea of negotiating makes many of us feel uncomfortable, awkward or anxious.

I believe those feelings come from a misconception around what it takes to be a good negotiator. In our lives, we’re negotiating all the time — at our jobs, with our friends, in our families (as a mother of four, half of my daily conversations are negotiations).

Negotiation is fundamentally about human interaction. It’s not about dollars and cents, deal terms, or winning — negotiations are about creating relationships that get everyone to the best result.

Negotiation is best understood not as a face-to-face confrontation, but as a side-by-side, problem-solving journey.

The problem we’re trying to solve is this: How can we work together to arrive at a better understanding and better agreements?

I learned about negotiating first by making a lot of mistakes, then by listening to what a number of brilliant people — two in particular are Facebook COO Sheryl Sandberg and Harvard professor Deepak Malhotra — had to say on the topic.

The list that follows is a compilation of strategies I’ve learned from the experts, plus things that have worked in my life. These are the tips I’ve been most successful with — keep these in mind the next time you enter into a negotiation, with the overall goal of building relationships and solving problems together.

I can’t believe how often people enter a negotiation without a strategy. They haven’t thought about the person they’re talking to; they haven’t done any research or come up with a plan.

When you’re coming up with your strategy, talk to your teammates, talk to your coach, talk to your spouse. You’ll be amazed at other people’s perspectives and how they’ll suggest good arguments and approaches you never would have thought of on your own.

You have to know what your deal breakers are. Think all the way through what will happen if there’s no deal on the other side. So often, we get caught up in what we need and what we want. But think about what the other person’s walk-away point is, too — think about what’s going to happen if they don’t get this deal done, because that allows you to find out where they’re flexible and where they’re not. Not all deals are meant to get done. It’s smart to know your walk-away point, and if that point is reached, it’s OK to walk away.

Understand how to get where you need to go. So many people enter into negotiations so focused on the result that they don’t think about the process: How will you get the deal done? Who are the stakeholders who need to be involved? Who are the decision makers?

The last thing you want is to think you’re done, show all your cards, and give your best offer, only to hear the other party say, “OK, I need to take it back to my boss and we need to see if . . .” Whoops — there’s another decision maker, another process. Always make sure you understand the entire process going in, before you get too focused on the result.

4. Be an active listener

When you want your point of view acknowledged, acknowledge theirs first. Don’t go into a negotiation feeling like you should do all the talking. You should be listening and asking lots of questions.

Always ask yourself: If this doesn’t work out, where do we go next? What’s the next step? That’ll allow you to be prepared for tough situations or outcomes you didn’t expect. Expect the unexpected, and that way the element of surprise won’t throw you off your game.

Don’t let the numbers speak for themselves. You only have so much to give in any situation, whether it’s budget or time or some other constraint. If you just lead with the result and you don’t give the other party the narrative around it, you might appear adversarial and inflexible. A narrative can help everyone come to a good place and a better conclusion. If you send an email that has your final offer, give the narrative, do a final phone call, and have the conversation, because it really helps you get to a better conclusion.

Make this your negotiating mantra:

“I know where we need to get; I’m flexible how we get there.”

When you give people choices, they feel involved in the decision, versus feeling forced into something. So have multiple options — maybe you can’t be flexible on price, but you can be flexible on terms, on a start date, or something else. Be creative — there are lots of ways to get something done.

8. Be aware of gender bias

Gender bias is real, and it sucks — but by acknowledging that out in the open, we start to make things better.

When you feel like a woman in a negotiation is being “aggressive,” ask yourself whether you’d feel the same way if a man were saying the same things.

Stay mindful that gender bias is real, and women deal with it every day. Make sure the women in your organization are encouraged to negotiate and are applauded — not penalized — when they do.

The best way to regain leverage is by listening and asking the right questions, keeping the other party’s goals in mind, and framing the negotiation not as a contest, but as a way for everyone to reach the best possible outcome.

Backlash happens when you over-negotiate and the result isn’t good for either party. “Winning” in a negotiation can lead to being on the losing side of an important relationship.

People get resentful when they feel like they’ve been taken advantage of. If you come in too hard at someone, they’ll remember that and carry that resentment forward in the relationship. To avoid this kind of backlash:

Balance the desire to meet high goals with the need to foster a good relationship. In the end, building strong relationships will put you in a better position overall.

“You’ll be a hero in front of your boss.” “You’ll save your company $2 million over three years.” “Your team won’t have to deal with clunky old tools anymore, and they’ll have you to thank for it.”

When you write the other person’s victory speech, you show them what accepting this deal would look like for them. Focusing on what’s good for them (versus what you want) helps them arrive at the conclusion that it’s a good deal.

It seems simple, but it bears mentioning when your brand and your reputation are on the line. People like to do business with people they feel are honest, so don’t try to get creative — simply tell the truth. It leads to better deals, I promise.

Build relationships as you negotiate

The other party in a negotiation isn’t your adversary — they’re your partner in achieving the best possible outcome for everyone. Once you reframe negotiations in this way, you’ll stop feeling uncomfortable, anxious or awkward about them, because you’ll realize you already have the internal skills you need to be a successful negotiator. 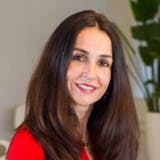 Shawna is CFO at Help Scout, where we make excellent customer service achievable for companies of all sizes. Connect with her on LinkedIn.