Harsh Truths That Will Make You a Better Support Rep 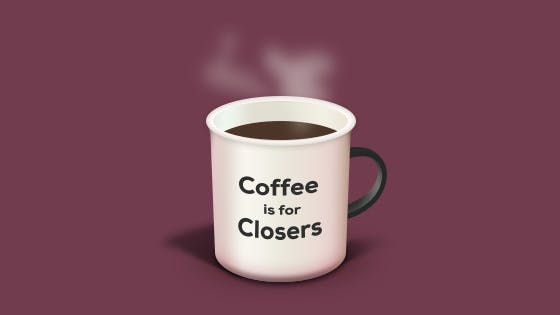 Sorry to be a wet blanket, but working in customer service isn’t a sunny utopia where reps lovingly interact with receptive, understanding customers (if only).

Sometimes a bit of blunt honesty is needed. Writers like Jason Pargin, otherwise known as David Wong, serve this up in spades, with just the right dab of humor.

In one of 2013’s most viral articles entitled Harsh Truths that Will Make You a Better Person (NSFW language), Pargin struck quite a few chords by beautifully calling out the many fallacies we believe in relation to what the world expects from us.

Though I may not be able to spin prose quite like Pargin, our space needs an honest look on just how tough it is to be a great customer champion, so let this be the start of the conversation.

Here are some harsh truths about working in support that everyone needs to recognize.

You Are Not in the Customer’s “Monkeysphere”

The “monkeysphere,” otherwise known as Dunbar’s number, is a (theoretical) cognitive limit to the number of stable relationships a human being can have. It makes some pretty startling implications:

By using the average human brain size and extrapolating from the results of primates, British anthropologist Robin Dunbar proposed that humans can only comfortably maintain 150 stable relationships. Proponents assert that numbers larger than this generally require more restrictive rules, laws, and enforced norms to maintain a stable, cohesive group.

Just like we have a hard time grasping how distant a “billion light years” is, it seems we may also have cognitive limits for our relationships. David Wong gets another nod here as he succinctly explains how this tends to affect our behavior when interacting with people who just don’t cross our minds very much:

Famous news talking guy Tim Russert tells a charming story about his father, in his book Big Russ and Me. Russert’s dad used to take half an hour to carefully box up any broken glass before taking it to the trash. Why? Because “The trash guy might cut his hands.”

That this was such an unusual thing to do illustrates my monkey point. None of us spend much time worrying about the garbage man’s welfare even though he performs a crucial role in not forcing us to live in a cave carved from a mountain of our own filth. We don’t usually consider his safety or comfort at all and if we do, it’s not in the same way we would worry over our best friend or wife or girlfriend or even our dog.

What’s this have to do with working in support?

It has everything to do with working in support—you are that metaphorical garbage man, taking care of problems and helping customers get back to their lives, but your presence often goes unnoticed is typically underappreciated.

It’s not that customers have any ill-will towards you, it’s just that you aren’t in their monkeysphere, you are a one-time interaction and as such, sometimes you’ll get mistreated in the same way a homeowner might carelessly discard broken glass in their trash can.

Why do I bring this up? Because this is a psychological hurdle that many people simply can’t deal with.

Great support reps have some of the most compassionate, patient, and fortified personalities out there—that’s simply what it takes to succeed at this job.

Many Customers See You As a “Solution Dispenser”

Perhaps the “Press 1 for more options” era of customer service has had a Pavlovian effect on us as consumers, but many customers who contact you will see you as a vending machine for their desired solution.

Their demands go in, the solution comes out, and little thought is given to whether or not they deserve the service they are getting.

Web support has it even worse, thanks to the Online Disinhibition Effect, where semi-anonymity, depersonalization (you see a screen, not a person), and a fleeting or temporary feeling of familiarity (I’ll never see you again) cause people to act like complete tools.

I’m sad to say I’ve been guilty of this. I’ve closed out support live chats as soon as I got my answer. Not a word of thanks, a goodbye, or even a “have a nice day.” Could you imagine that sort of behavior if it were in person? If you could reach through your screen right now, I’d tell you to smack me.

With a huge majority of customers—like me—it’s unintentional, but that doesn’t mean it isn’t rude. Great support reps recognize this and understand that they can’t take it personally; it’s just part of the job.

Coffee Is for Closers Only

What, you thought Alec Baldwin was just speaking to the sales team?

“If you want to work here, close.”

Most “happiness heroes” I know should go to Vegas, because they all have top-tier poker faces. It’s a job where you need to keep your cool where others would lose it. In other words, even when a customer is a jerk, you have to close.

You’re not always closing a sale, but you’re closing the conversation like an even-headed, pragmatic professional. It sounds easy on paper, but when you’ve experienced firsthand what’s on the other end of the line for many support reps, you understand that it isn’t as easy at it sounds.

Let’s continue to be frank—businesses should love their customers, but there are some difficult people out there. Doing your job in spite of the insults, childish behavior, and general selfishness of most people is what makes you a great at support.

You know whenever somebody on the support staff does drop the ball, all hell can break loose as the customer takes to the internet, yet rarely do we hear how that customer may have treated the rep in the first place—we only hear their complaints.

It’s your job to close each and every conversation, even when you don’t want to, and even when the customer doesn’t deserve your best behavior.

And then you have to wake up the next day and keep closing, always ready to say “I’m happy to help!”

Yours Is the Most Under-Appreciated Job in Any Business

…and I mean that in a very pandering way. ;)

But honestly, even though I’m talking to a crowd consisting of a lot of folks who work in support, it doesn’t make it any less true.

Being in support is like that too—except without all that “getting tons of credit and recognition” bit. Engineers and marketers get referred to as “ninjas” and “rockstars,” yet it feels like only recently that support teams have finally gotten their fair share of the limelight.

My day consists of wrestling with analytics and an engineer might be head-down writing code for hours, but the support team is at the front line with customers (even those difficult ones) all day long. Kudos to you, because I certainly couldn’t do it.

It takes people-skills that few folks have, but the job is never romanticized. If the engineers in tech are the running backs, the support crew is the offensive line—never getting the recognition of MVP, but always an equally essential part of the team.

So yeah, it sure sounds like pandering, but this is an ode to the support champs at businesses everywhere. Bask in it, because yours is a job that will never get the credit it deserves.

P.S.: If you don’t work in customer service, the next time you call support and they do a great job, thank them, and tell them to have a nice day. They certainly deserve to hear it.